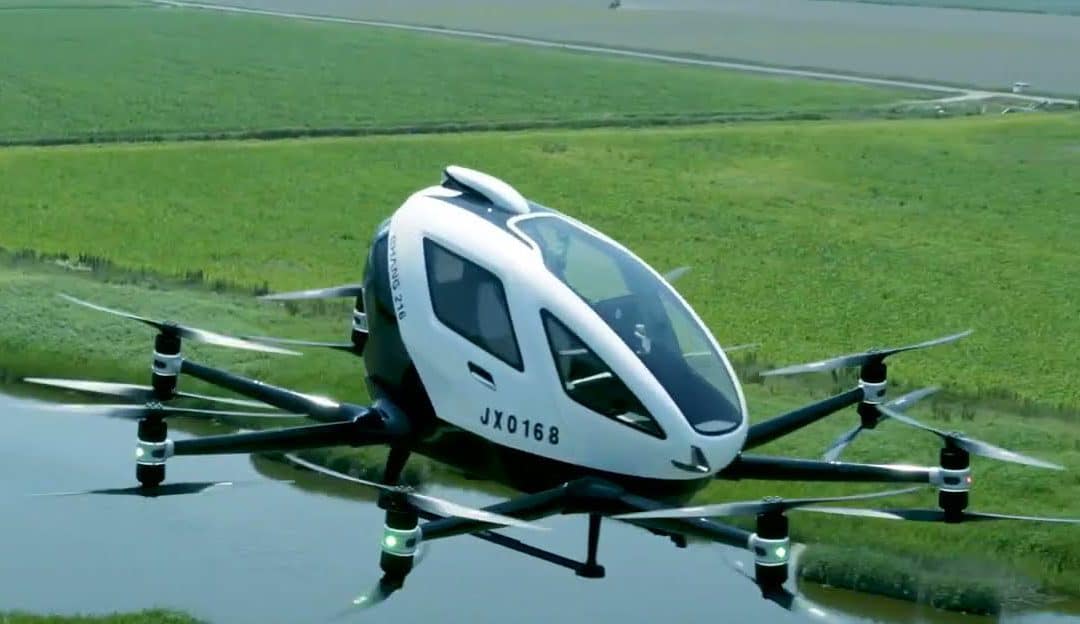 The China-based company wants to begin commercial passenger service shortly after certification. “We aim to be the first firm to launch commercial operational service in the world, probably in the second half of the year,” said Edward Xu, EHang’s chief strategy officer.

Xu spoke Tuesday during an EHang earnings teleconference for investors.

EHang’s 216-S autonomous air vehicle (AAV) has been undergoing test flights aimed at proving its product design and establishing a “real flight record,” Xu said. “We have built the world’s first centralized AAV platform to manage multiple AAV operations with cluster management technologies. And so far, we have conducted over 20,000 autonomous trial flights in 11 countries.”

The hub provides the country’s nascent eVTOL industry with a vertiport that includes a hangar for charging batteries and other required maintenance.

Last year was an eventful one for EHang. In December, the country’s civil aviation regulatory agency, the General Administration of Civil Aviation of China (CAAC), published a special conditions document supporting type certification of the 216-S. The document provides a foundation for airworthiness certification for all AAVs in China.

Outside of China, EHang has been establishing industry partnerships with outfits such as Prestige Aviation in Indonesia, Aerotree Group in Malaysia and in Japan, with AirX and Okayama Kurashiki Mizushima Aero & Space Industry Cluster Study Group.

“We continue to maintain significant R&D expenditures for the development of AAV models, including the EH216 series, VT-30, and the other new models along with their related operating systems with enhanced functionalities, as well as for the growing R&D team,” said  Richard Liu, EHang’s chief financial officer.

The lion’s share of revenue is expected in the second half of the year. “We expect our revenues in 2022 will mainly come from air mobility uses, including aerial sightseeing, aerial firefighting, and aerial logistics, as well as smart city management aerial,” Fang said.