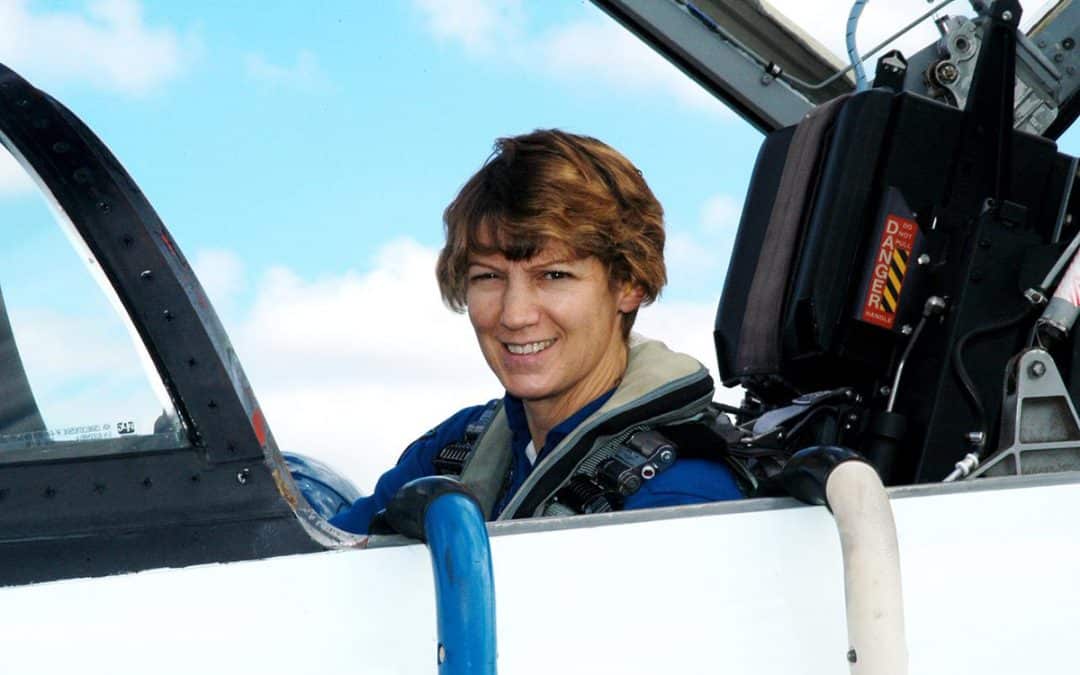 “For decades, Eileen Collins has been an explorer, educator, spokesperson, and champion for aerospace,” said a statement by NAA board chair, James Albaugh. “She has given tirelessly to our industry and joins an esteemed list of prior recipients.”

Collins earned her place in history in 1995 when she became NASA’s first woman shuttle pilot, successfully rendezvousing and docking with the orbiting Russian space station Mir. Four years later she broke another barrier—becoming the first woman to command a space shuttle. During that mission, the Columbia orbiter successfully deployed the Chandra X-ray Observatory.

Collins worked for years to become the first woman to pilot and command a space shuttle. [Courtesy: NASA]

Those achievements and others can be traced directly back to Collins’ dreams at a young age of learning to fly and becoming an astronaut.

That dream drove her to work several jobs to earn money for flying lessons as soon as she was able. While attending Syracuse University she joined the U.S. Air Force ROTC program, which led to her selection to the first Undergraduate Pilot Training class at Vance Air Force Base to include women.

In 1990, Collins was a U.S. Air Force major and candidate for a NASA pilot astronaut position, when she was photographed listening to a briefing on parachute ejection. [Courtesy: NASA]

As a student there, she gained a reputation as a cool, level-headed test pilot—and in 1990 Collins became the school’s second woman ever to graduate. That same year NASA selected her for the astronaut program, joining the astronaut corps in 1991 and fulfilling that life-long dream.

READ MORE: Good FLYING Reads: Through the Glass Ceiling to the Stars

“Eileen Collins has blazed trails, broken barriers, and achieved greatly at every step during her consequential career,” said NAA president Greg Principato. “Not satisfied with that, Eileen has continued to serve and inspire others in all kinds of ways. Her service to aviation and to her country embodies the qualities the Wright Trophy was created to honor. It will be an honor to present the Wright Trophy to her.”

Collins is seen here at the pilot’s station aboard Discovery in 1995. [Courtesy: NASA]

The National Aeronautic Association aims to foster opportunities for participating in aviation and to promote public understanding of the importance of aviation and space flight.

Collins will be presented with the Wright Trophy at the Aero Club of Washington’s 74th Annual Wright Memorial Dinner on December 16, in Washington, D.C.