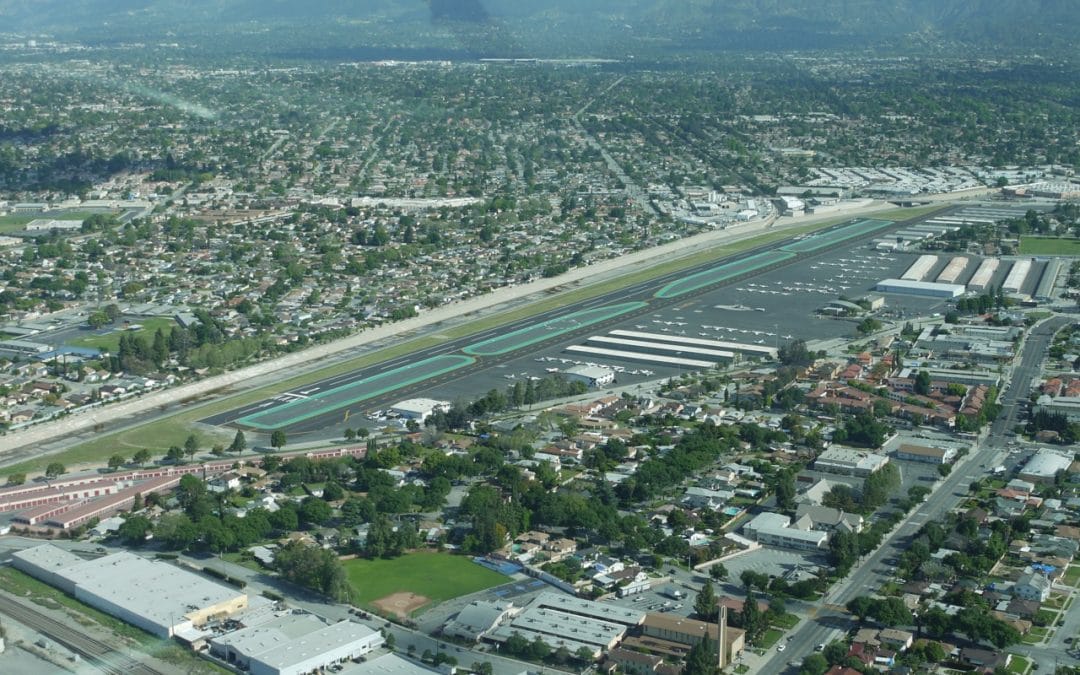 THE POMONA VOR on the VOR-A approach to El Monte, California (KEMT), may not be on the FAA’s “keep list,” when considering the eventual transition to a minimum operational network (MON) of VORs. But it’s a good example of a VOR approach for our analysis.

A VOR approach procedure may look simple at first, but it can get a little complex. For as long as the VOR serving this approach remains in service, if you happen to fly it, take your time and understand the details.

A: Feeding Onto The Approach

A pilot might choose to use the PDZ VOR or the PRADO intersection from the enroute environment when establishing themselves onto the approach. Both points serve as initial approach fixes (IAFs) with feeder routes (denoted by the heavy black arrows) to the POM VOR, from which a pilot would transition in bound to KEMT.

B: Altitudes for Holding

If a pilot is planning on holding at the POM VOR, either to establish onto the approach or just to create time to prepare before shooting the approach, there are both minimum and maximum altitudes. A minimum altitude of 4,000 feet msl is listed, and like most cases is there to keep you clear of terrain. But a maximum al titude is also listed. In this case, it’s 6,000 feet msl. The most common reason to do this on an approach is to keep an aircraft in the hold from becoming a concern for aircraft flying over at higher altitudes. In this case, the fact that Los Angeles airport (KLAX) is just over 20 miles to the west is one likely reason for overflights.

A major gotcha on this approach for a pilot that goes missed is that the holding inbound course—which also happens to be the course inbound from the PDZ VOR—isn’t the same course that the pilot flies outbound from the POM VOR to the KEMT airport. Only some approaches have such a turn on them, and failing to make it here can lead a pilot into terrain. The inbound course from the POM VOR or in the hold is 292 degrees, and then the pilot must transition to the 258- degree radial. Continuing on the 292 radial outbound won’t get the pilot to the airport, and might cause an impact with terrain north of the airport.

D: VOR Not The FAF

On many approaches, a VOR serves as a final approach fix and the beginning of the descent to the airport. In this case, passage of the VOR does indeed allow a pilot to start descending, but it is not the FAF. The FAF is a DME point along the 258-degree radial at 6.3 DME from the POM VOR, SE LAW. If you have an aircraft using traditional DME sources—not substituting GPS for DME points—make sure you have the DME selected to the correct VOR. You could also identify SELAW using a third VOR, the SLIVOR with the 006 radial. This is especially important if you had transitioned
from the PDZ VOR to the POM VOR along the approach. Oh, and don’t forget to start that timer when you pass SELAW.

E: No Straight In, Circle Only

This particular approach offers only circling minimums. With the minimums only getting a pilot down to approximately 1,000 feet agl (depending on the approach category), a pilot will need to plan on circling to land on the runway of their choice.

The notes for the missed approach indicate an initial climbing turn to the left to 2,500 feet on a 070 degree heading. This is an assigned heading until the pilot intercepts the VOR R-278 to ADAMM (an intersection from the PDZ and POM VORs that can also be identified with DME from the PDZ VOR) before continuing on the radial to the PDZ VOR. The pilot should not “go direct” to the PDZ VOR from the MAP.