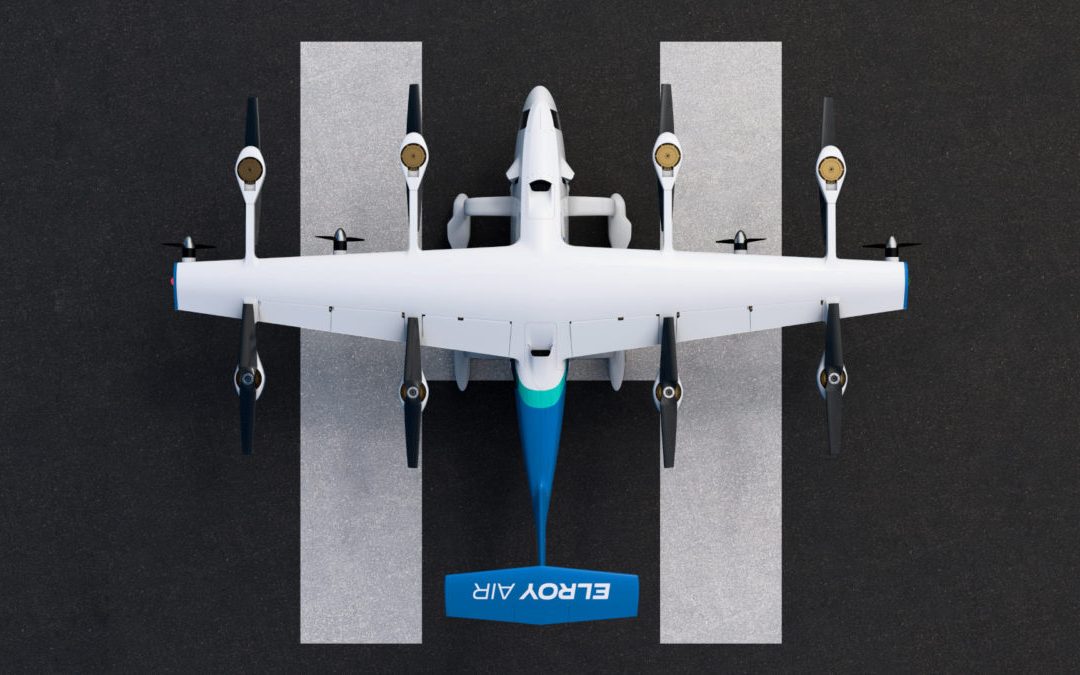 Much attention has been directed toward Walmart, Amazon Prime Air and Alphabet subsidiary Wing’s forays into drone delivery — perhaps rightfully so given some of the things those companies have built in the past. But looking beyond drone delivery’s trio of titanic names, other firms are subtly carving out their own sizable presence in the space.

Take, for example, South San Francisco-based Elroy Air, which on Wednesday announced that it now has more than $2 billion worth of orders for Chaparral, its autonomous cargo eVTOL (vertical takeoff and landing) hybrid aircraft.

The milestone was achieved following an agreement between Elroy Air and Dublin-based LCI, which primarily operates a fleet of 150 helicopters, to purchase up to 40 Chaparral aircraft with deposits paid for the first 20 orders. If all 40 are eventually sold, the deal would be valued at over $100 million total.

Per Kofi Asante, Elroy Air vice president of business development and strategy, LCI will offer Chaparral for lease to its humanitarian aid-oriented clients. The firm will also provide financing so clients pay less up front.

“Applications for the Chaparral include aerial cargo transport for disaster relief, firefighting and humanitarian operations without risk to pilots or the need for airport infrastructure,” Asante said in a news release. “What’s particularly exciting about our agreement with LCI is that it unlocks financing for the Chaparral for humanitarian use and enables us to share the Chaparral’s capabilities worldwide.”

Dave Merrill, Elroy Air’s CEO, also told Forbes: “We’re going to be starting to operate systems with some customers next year and the year after, and then we’re expecting to deliver to LCI subsequently in a few years.”

Chaparral, which made its inaugural flight in August 2019, stands apart from many of the smaller, last-mile drones making deliveries in some U.S. suburbs. Elroy’s latest model, the Chaparral C1, is designed to carry up to 500 pounds of cargo over a range of 300 nautical miles, making it one of the largest and most durable unmanned aircraft on the market.

Importantly, Chaparral features a modular cargo hold that can detach from the body of the aircraft. When completing a delivery, it’s capable of unloading one pod, repositioning itself over another and picking it up — all on its own. The only thing humans need to do is load and unload the cargo.

Another key feature of Chaparral is its ability to take off and land vertically like a helicopter, which limits the amount of infrastructure needed to operate it. In fact, the aircraft is compact enough to fit inside of a 40-foot shipping container or the hull of a C-130 cargo aircraft, allowing it to be easily shipped and redeployed to new locations.

All of these features make the aircraft ideal for humanitarian missions in hard-to-reach regions of the world that may lack the infrastructure and access to transportation of a place like Elroy Air’s headquarters in the Bay Area.

“This commitment for the pioneering Chaparral system will enable us to efficiently support mission critical, remote logistical work and socially responsible humanitarian work around the world,” said LCI CEO Jaspal Jandu. “It will do so in complement with the wide-ranging capabilities of our existing aviation fleet.”

So far, Chaparral has been limited to only test flights. But the aircraft has some fans in high places, with companies like FedEx, London-based aircraft operator AYR Logistics, and even the U.S. Air Force and Navy all having ordered or tested it. It has also got the backing of Lockheed Martin Ventures, the defense contractor’s venture capital arm, to the tune of $40 million.

Further, Elroy Air appears to be ramping up its own internal testing, announcing Wednesday that it moved its flight testing facility to an airport in Byron, California.

The company will conduct full-scale air and ground testing of Chaparral C1 using its Ground Control Station (GCS), which was also relocated to the airport. The GCS is a mobile enclosure featuring engineering stations, weather monitoring equipment, a dedicated network infrastructure, a rooftop observation deck and even its own uninterruptible power supply.

The trailer-sized enclosure will serve as Elroy Air’s base of operations for both air and ground testing to validate the hardware and software of its aircraft. It has also leased and prepared a 7,000-square-foot hangar with a sizable storage and work area, with enough additional space to house several Chaparral vehicles.

Additionally, as part of the partnership announced Wednesday, LCI and parent company Libra Group — which holds 30 subsidiaries across six continents — will provide commercial, financial and end-user expertise to Elroy Air.

For more coverage on drone delivery, go to FreightWaves.com.

The post Elroy Air Tops $2B in Purchase Demand for Chaparral eVTOL With LCI Deal appeared first on FLYING Magazine.