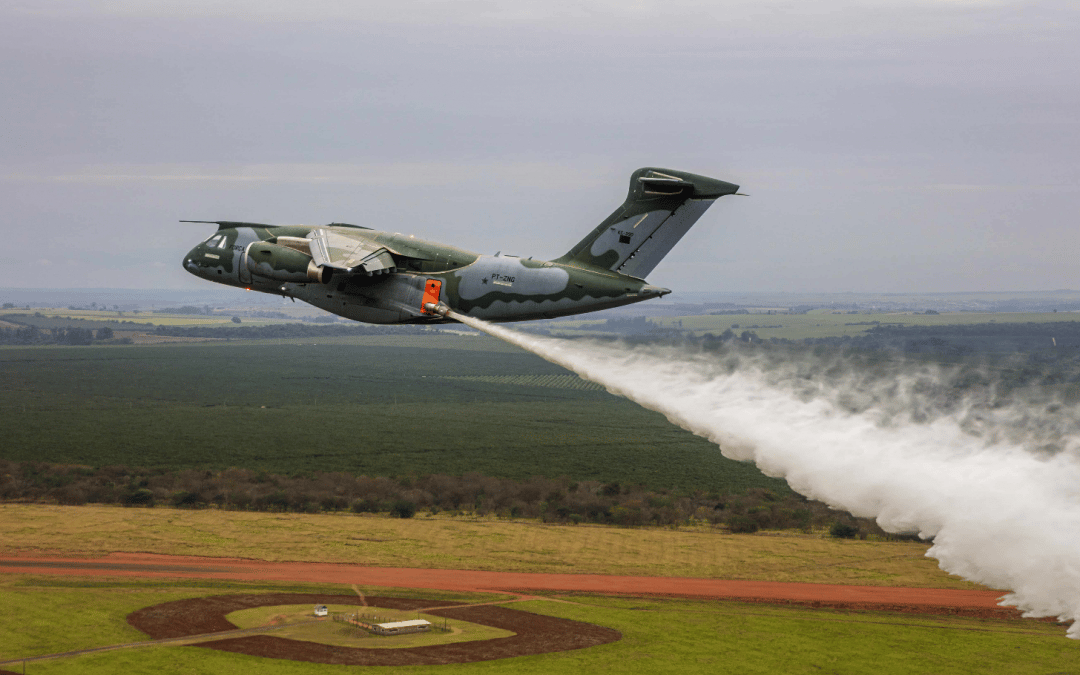 The tests—a joint effort between the Brazilian Air Force and the Brazilian Military Certification Authority (IFI)—utilized the MAFFS II system’s ability to deploy approximately 3,000 gallons of water, with or without fire retardant, Embraer said. Additionally, with fly-by-wire flight control systems by BAE Systems, Embraer said this will give pilots the maneuverability they need at low speeds.

According to Embraer, operators who opt for this capability can have it installed readily on the airplane’s cargo compartment using only its trailer. It’s designed to interface with the aircraft’s Cargo Handling System (CHS). To complete the test, Embraer said several in-flight water drops were executed and proved the MAFFS II’s ability to integrate seamlessly into the aircraft.

The test was conducted at Embraer’s facilities in São Paulo, Brazil, and follows Embraer’s other announcement that it was also testing the KC-390 Millennium, the air-to-air refueling configuration variant of the C-390. Embraer has launched these new multi-missional military transport aircraft that offer “unrivaled mobility and cargo capacity” through rapid re-configuration and other capabilities.

After years of development, Embraer began producing the C-390 in 2014, marketing it as an alternative to Lockheed Martin’s iconic C-130 Hercules. The Brazilian Air Force received the first C-390 in September 2019, which is part of their order of 22, and Portugal and Hungary are also expecting a handful of deliveries in 2023 and 2024, respectively.