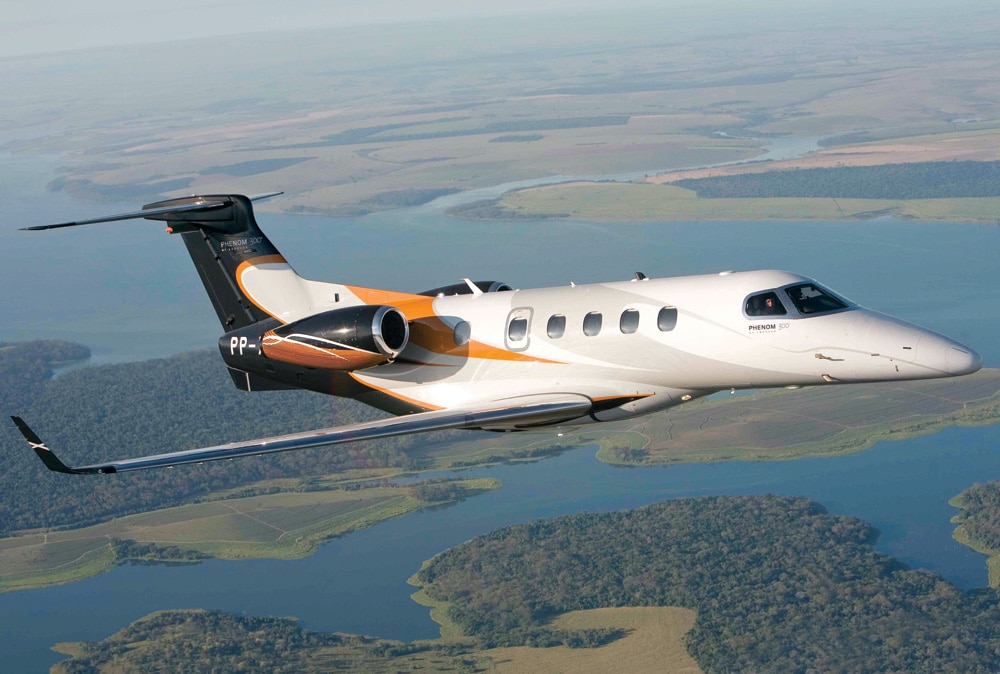 Aircraft manufacturer Embraer (NYSE: ERJ) reported $929 million in third-quarter revenue Monday, a 3 percent dip compared to the same period in 2021 due to a slow down in its defense orders, according to the company.

FLYING reported last week that Embraer delivered 10 commercial jets and 23 executive jets in the third quarter, 10 percent more than it did in the same period the previous year. The commercial and executive revenue contributed $253.3 million and $271.7 million, respectively, and was up 4 and 6 percent year over year.

In fact, Embraer said that the strong demand for executive jets made its third-quarter earnings the second-best in the last decade.

During this same period, however, Embraer’s Defense & Security segment has shrunk. So far this year, the segment’s $296.6 million in revenue is 38 percent less than it achieved during the same period in 2021. The company stated that as of the third quarter, there were four units of C-390 Millennium in the production line destined for the Brazilian Air Force (FAB), two units for the Portuguese Air Force, and one for the Hungarian Defense Forces.

While business is still strong, the company said supply chain challenges across the world still continue to affect its output. In its Services and Support segment, Embraer said these constraints were “affecting the availability of spare part inventories, delaying repair turnaround time, and increasing the quantity of back-ordered items.”

CEO Francisco Gomes Neto told investors during the company’s earnings call Monday that with such challenges, especially during the fourth quarter which typically has the highest demand, it would be hard for the company to meet its 2022 goal of delivering 60 executive jets. Year to date, it has delivered 52, eight shy of its target.

“The problem now is that we have had more delays from suppliers with parts arriving late in the process,” Neto said. “We believe the deliveries will be on the lower end of the guidance.”

Looking ahead, the CEO said the company was taking strategic steps to improve production and lead time. For instance, Neto said Embraer was working closely with Toyota to reduce the production time for the wings of the E2 jets.