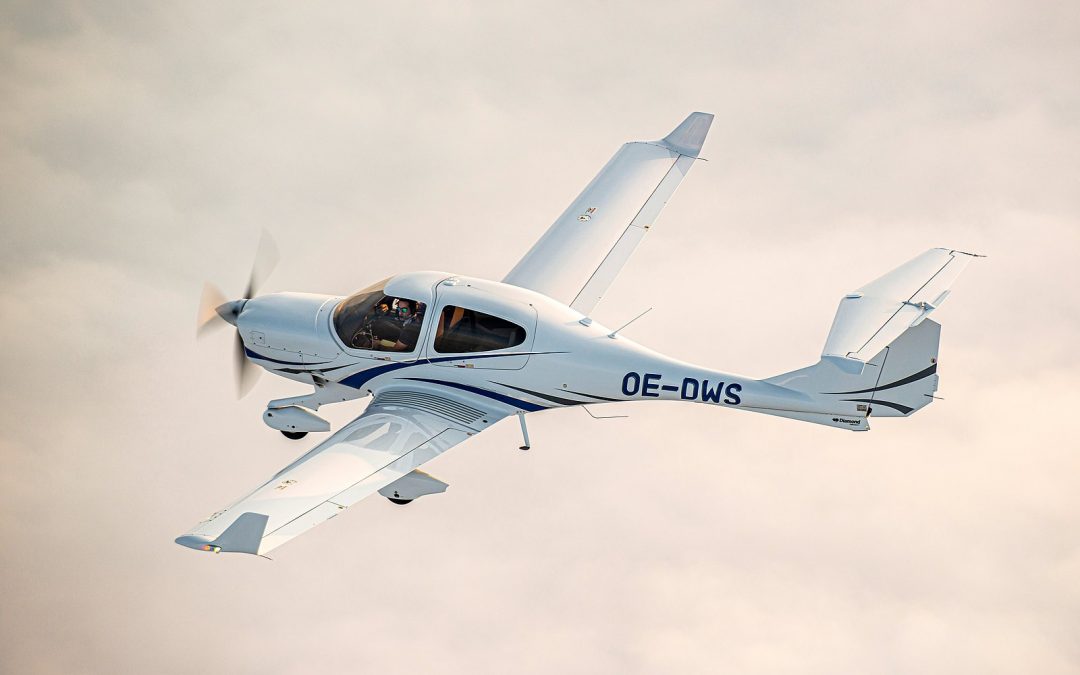 The European Flight Academy in Germany is growing its fleet of training aircraft.

The academy, which is a brand of Lufthansa Aviation Training (LAT), recently took delivery of two new Austro Engine jet-fuel-powered DA40 NG aircraft at Rostock-Laage Airport (ETNL) in Germany. The delivery increases the training fleet at the company’s flight school to 12 aircraft of both types, DA40 and DA42.

“With the new deliveries, we expand our fleet of state-of-the-art training aircraft, and improve training quality even more,” said Matthias Lehmann, managing director of LAT Pilot Academy, in a statement.

The new DA40 NG aircraft are powered by an Austro AE300, a 168 hp, turbocharged four-cylinder, two-liter piston engine that can run on either jet A-1 or diesel fuel. The DA40 comes with a fully integrated Garmin G1000 NXi flight deck that includes the GFC700 Automatic Flight Control System and provides avionics support that includes traffic advisories, Garmin’s Synthetic Vision Technology, and satellite weather.

“We are proud to support the growth of European Flight Academy,” said Jane Wang, sales director, Diamond Aircraft Austria, in a released statement. “The cooperation with the academy has been a great pleasure and we’re looking forward to continuing to support them with the industry’s safest and most efficient training platforms.”

Diamond boasts an “industry-leading safety record,” which makes its aircraft particularly desirable for flight schools. According to The Aviation Consumer, in 20 years of production, there have been very few accidents involving the DA40. In fact, only 51 accidents, according to NTSB reports, have occurred in the U.S., per the consumer publication. And those included minor incidents that resulted in little to no damage to the aircraft. “Our most recent sojourn through the NTSB reports confirmed that the notable thing about DA40 series accidents is their relative absence,” Aviation Consumer reported in January 2021.

READ MORE: Diamond’s DA40 NG Just Might Be What the General Aviation Market is Clamoring For

With headquarters in Austria, Diamond attributes the low accident rate of the DA40 to the airplane’s active and passive safety features, including the superb visibility of its cockpit design.

Seizing on the push across general aviation to increase fuel efficiency and reduce carbon emissions, Diamond is developing an all-electric aircraft—targeted specifically for flight training purposes. Dubbed the eDA40, Diamond expects the electric trainer to be certified by early 2024.

Other aircraft manufacturers are also developing electric aircraft tailored for flight training. Pipistrel’s Velis Electro S-LSA is already on the market in the U.S. and it was recently certificated to operate in the U.K.

EFA students also spend time training in the U.S. The academy partners with United Aviate Academy in Goodyear, Arizona, where its students are trained to fly single-engine aircraft and receive upset prevention and recovery training. Taking advantage of Goodyear’s average 290-plus days of sunshine a year, the students spend approximately five months flying Cirrus SR20 aircraft, according to EFA.

EFA boasts on its website of having the largest simulator fleet in Europe, representing all major aircraft types, and 450 flight instructors.