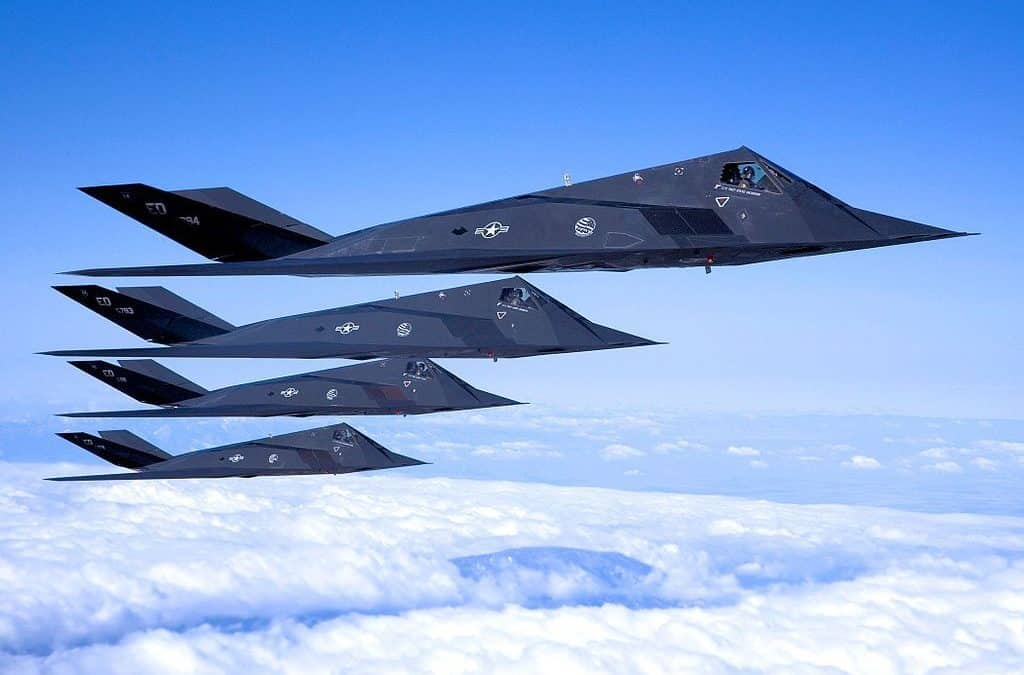 The officially retired F-117 stealth fighter will fly long into retirement, according to a Request For Information issued by the Air Force and uncovered by msn.com. In the document, the USAF is asking potential contractors to maintain an unspecified number of Nighthawks in stealthy flying condition until at least 2034. The type was retired from frontline service 15 years ago, but it wasn’t long before they turned up in fuzzy long-lens images in online forums.

The Air Force is somewhat more open about their use of the aircraft and admits they’re helping to train the current generation of fighter pilots in tactics against stealthy adversaries. As such the planes have to be in top flying condition and their radar deflecting and absorbing structures maintained. Since all those processes were and are classified, the field of potential bidders for the contract is likely pretty small. The operational F-117s are based at the Tonopah Test Range, a top-secret facility about 150 miles north of Las Vegas, which was also their home base when they were on the official inventory.

MSN says the Air Force has about 45 F-117s (only 59 were built), at least 10 of which are destined for museums. Before they can be donated they have to be stripped of all their military might, and that’s part of the contract.

The post F-117s To Fly Another 10 Years appeared first on AVweb.