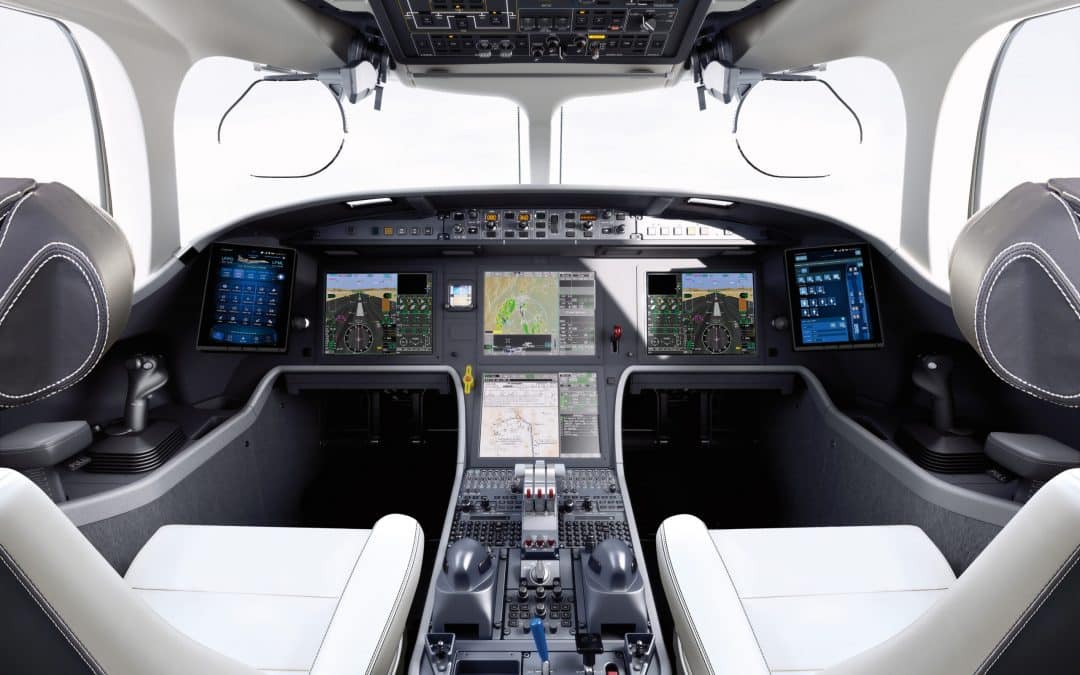 FalconEye utilizes database-driven mapping with thermal and low-light camera images to allow operations in near zero-zero conditions, according to Dassault. The company has plans for FalconEye to be permitted for use during landings via enhanced flight vision systems.

FalconEye produces a 40-degree-horizontal-by-30-degree-vertical Field of View (FOV) with a 1280 by 1024 resolution. The wide FOV and unique graphical overlay allow FalconEye to detect LED runway lighting before the human eye.

FalconEye is capable of seeing through severe weather conditions at any time of day or night, according to Dassault.

Since FalconEye’s debut in 2016, single HUD-equipped aircraft are capable of non-precision approaches to 100 feet. According to the company, the dual HUD option will be certified on Dassault’s Falcon 6X in mid-2023, and on its Falcon 10X in late 2025.

“The dual HUD on the Falcon 10X will take the dual HUD configuration to an even more advanced level in which it can serve as the ‘primary means of pilot operation,’ freeing pilots to configure the instrument panel’s primary flight display for other uses,” the company said in a statement.