FAA: Citation Landed With Gear Up Before Catching Fire in Eastern Washington 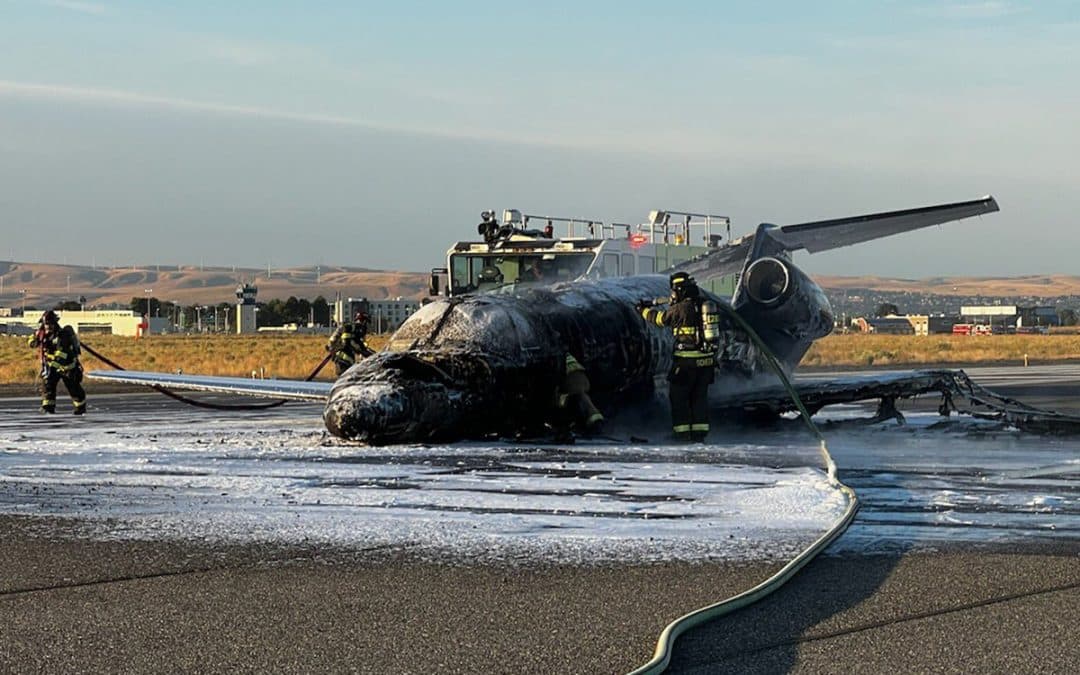 Investigators are trying to determine the specific cause behind an accident and fire after a Cessna Citation landed with its gear up at Tri-Cities Airport (KPSC) in Pasco, Washington, the FAA said Thursday.

Immediately following Tuesday’s accident, all 10 passengers and crew safely escaped the twin engine jet without injury, according to an FAA statement released to FLYING. The Cessna 525B—tail number N528DV—“safely landed with its gear up,” the statement said, “before the aircraft caught fire.”

Pictures from this mornings plane. All 10 people on board walked away. Cause under investigation. pic.twitter.com/zgZldExjVf

Both the FAA and the National Transportation Safety Board will investigate, the FAA said, and the NTSB will lead the investigation. Local fire department photos showed the jet’s charred wreckage on a runway shortly after the Citation arrived on a flight from Chehalis-Centralia Airport (KCLS) in Chehalis, Washington, about 200 nm west of Pasco.

The Cessna 525B—tail number N528DV—“safely landed with its gear up,” the FAA said, “before the aircraft caught fire.” [Courtesy: Pasco Washington Fire Department]

Fire department spokesman Ben Shearer told FLYING that firefighters received no warning that the aircraft was having trouble, which delayed their ability to have emergency equipment positioned near Runway 3L during landing.

At the time of the accident, a firefighting crew was sitting inside the airfield station, Shearer said. “All of a sudden, they heard something that didn’t sound right. They turned around, looked out the window and saw the plane sliding down the runway. About that time, the tower picked up the crash phone.”

Shearer said firefighters immediately made contact with passengers and crew, “making sure they were OK, getting them separated from the aircraft. Crash trucks extinguished the fire though quite a bit of effort,” Shearer said. “We evaluated everybody, and nobody was injured or needed transport or medical care.”

The airport terminal remained open during the emergency response and the airfield was back in service a few hours after the accident, Shearer said.

Nurse and Surgical Technicians Among Passengers

The aircraft reportedly was operated by the Pacific Cataract Laser Institute, based in Chehalis. Passengers included surgical technicians and a registered nurse who were traveling to a company office in nearby Kennewick, Washington.

Pacific Cataract Laser Institute operates multiple offices across the region, according to its website. The company performs eye surgeries and other treatments for conditions including cataracts, glaucoma, and LASIK vision corrections.

READ MORE: Gear-Up Landing: The Mistake So Many Pilots are Prone to Make

The post FAA: Citation Landed With Gear Up Before Catching Fire in Eastern Washington appeared first on FLYING Magazine.