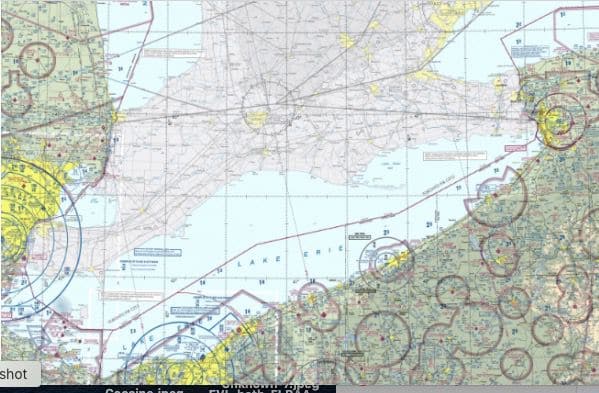 The FAA has confirmed that it has stripped most of the data from charts that overlap on foreign airspace but it hasn’t said why. The agency responded to AVweb’s inquiry about the unpopular move on Wednesday but added little information about what motivated the change. In the Dec. 29 sectional release, any areas outside U.S. borders are essentially grayed out and have only the barest aeronautical information. Before that, they included all the same information in foreign airspace as they did in the U.S. Here is the FAA statement in its entirety.

“The FAA implemented a new 56-day cycle for publishing visual charts to provide more frequent updates. This reduces the need to issue chart-related Notices to Air Mission (NOTAMs) and chart bulletins,” the FAA said. “The visual charts specifically direct pilots flying in international airspace to use aeronautical charts and publications from that country’s aviation authority for the most current verified depictions.” The agency also said it conducted two years of outreach on the changes before issuing a notice on Oct. 13 announcing them.