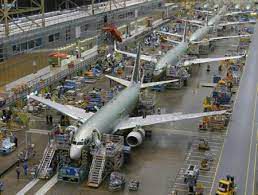 The FAA has formed a committee of 24 aviation academics and industry representatives to examine Boeing’s safety culture in the wake of investigations slamming the company’s development and certification of the 737 MAX. The panel was mandated by Congress in 2020 as part of a legislation package to change how Boeing creates new airplanes. Congress issued a scathing report that year on the company’s performance with the MAX, which was involved in two fatal crashes resulting from changes to its flight control system. The company has been on a tight leash ever since with the FAA taking over final signoff on some designs before they can be delivered.

The panel is made up of experts from NASA, major U.S. airlines that fly the MAX, labor unions and parts suppliers. Airbus also has a seat at the table. Among the experts is MIT lecturer and aerospace engineer Javier de Luis, whose sister was killed in one of the MAX crashes. He was pointed when he spoke to a congressional hearing on the tragedies. “Boeing cannot be allowed to continue to certify its own designs, especially those systems that directly impact vehicle safety, with little to no outside review,” Reuters quoted him as telling the legislators.