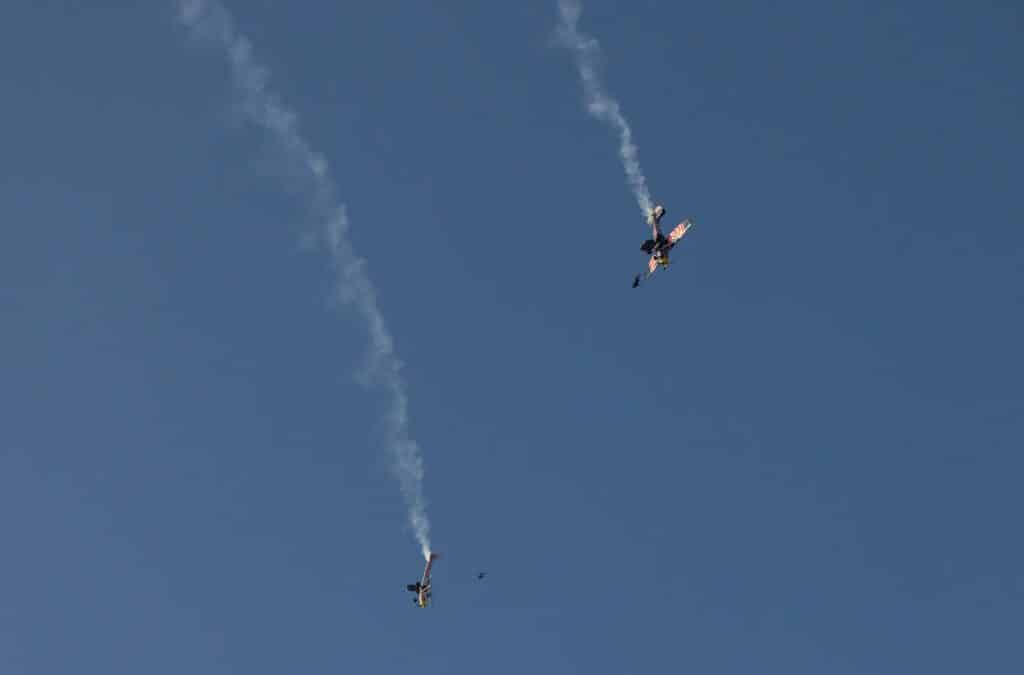 The agency also said that on Friday it “denied the organizer’s request for an exemption from Federal regulations that cover the safe operation of an aircraft.”

In the planned swap, which was live streamed on Hulu, pilots and skydivers Luke Aikins and Andy Farrington were scheduled to fly two Cessna 182s to an altitude more than 12,000 feet above the Arizona desert, put the aircraft into steep dives, jump out, and maneuver in freefall in order to enter each other’s airplane. They would then recover from the dive and land.

Both men were wearing parachutes.

The aircraft were modified with a range of equipment including aerodynamic brakes to keep them from gaining excessive speed in the near-vertical dive, and grab bars to help Aikins and Farrington get back into the airplanes during the plunge. The 182s each included a custom autopilot designed to maintain an unusually steep descent path.

Shortly after the 182s began their dive together, side by side, the airplane that Farrington was supposed to recover entered a spin, making it impossible for him to gain entry. Aikins successfully completed his half of the swap and landed the airplane safely. Farrington had to deploy his parachute. The 182 he was supposed to get into impacted the ground in a near vertical orientation in the desert. Officials reported no injuries.

It is unclear what caused one of the 182s to spin out of control. It is also unclear exactly where the accident aircraft—which reportedly was fitted with a Cirrus-style airframe parachute—wound up.

A Red Bull spokesperson for the event did not immediately respond to a request for comment.