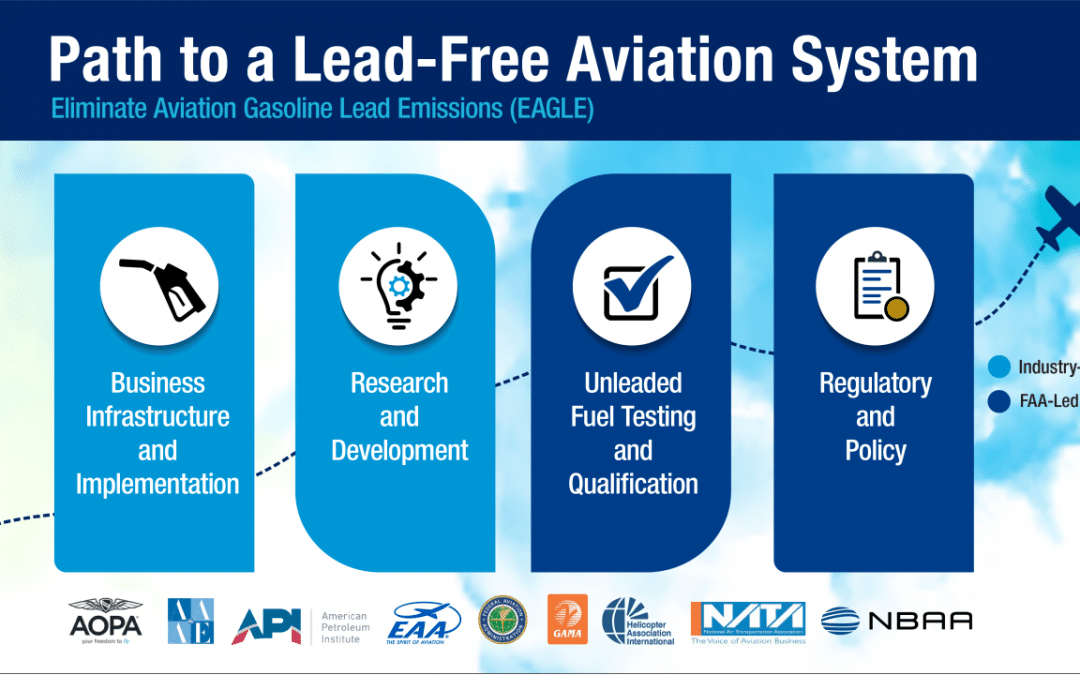 The FAA has announced the launch of a new initiative designed to eliminate the use of leaded aviation fuel “without adversely affecting the existing piston-engine fleet” by the end of 2030. The Eliminate Aviation Gasoline Lead Emissions (EAGLE) initiative outlines four “pillars of action” to be tackled by government and industry stakeholders. The pillars include developing unleaded fuel infrastructure and assessing commercial viability, supporting research and development and technology innovations and continuing to evaluate and authorize safe unleaded fuels. The final pillar covers the establishment of necessary policies, with the FAA referencing the EPA’s ongoing evaluation of whether emissions from piston-engine aircraft burning leaded fuel contribute to air pollution that endangers public health. The FAA stated that if the EPA issues regulations on lead emissions from piston-engine aircraft, a decision slated for final action in 2023, it will roll out “regulations that certify piston engine modifications, new piston engines that do not require leaded aviation fuel, and regulate fuel components for aviation fuels.”

“This is a safe and practical path to a lead-free aviation system,” said FAA Administrator Steve Dickson. “We look forward to starting a new partnership with aviation stakeholders and the communities that hosts airports to achieve this important goal.”

More information about the EAGLE initiative can be found at