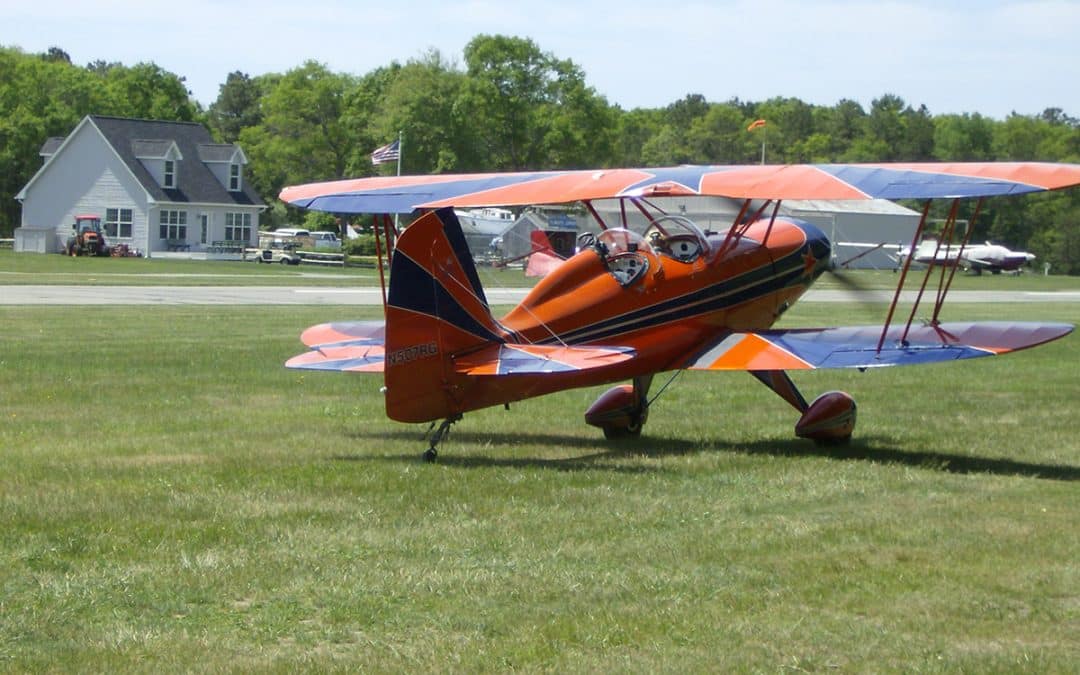 If one word had to be chosen to describe Cape Cod, charming would be a forerunner amongst the submissions. This entirely too accurate adjective permeates the entirety of the seaside area, with Falmouth Airpark (5B6) not being immune from Cape Cod charm.

The 34-year-old fly-in community is not only unique from others across the country in that regard, but also for being the only residential airpark in the state of Massachusetts. Sherry Grobstein, an instrument-rated private pilot and longtime resident of the community, explains how she first came to know about it.

“I started flying in 1970 and lived in New Jersey, then moved to Massachusetts. I lived in Lexington for a long time, near Hanscom Air Force Base—so I flew out of there a lot. My partner and I bought our house in 2009. He was getting close to retirement, my kids were getting close to finishing high school, and he moved down here in 2011. Then my youngest went to college in 2013 and I moved down here full-time.”

Some of the airpark’s experimental aircraft lined up at a community barbecue. [Courtesy: Sherry Grobstein]

The communal spirit of Falmouth Airpark and its residents was how Grobstein and her partner, Richard Dupee, first learned about the community. “We had a friend that lived here, and he invited a bunch of us once to a cookout and we thought that the airpark was really cool. But then it took a little while to decide to buy a house at Falmouth and to find one here.”

The experience has been as enjoyable as imagined for Grobstein. “We have an RV-10 that we built and there is an enormous difference between, ‘Gee, maybe I will go flying and have to drive to the airport.’ Compared to just, ‘OK, let’s go.’”

“Life doesn’t get any better,” she added. The idyllic convenience of living alongside one’s airplane in Cape Cod was the byproduct of one man’s mission to create an airport around 70 years ago.

“The airport was initially built by a guy named Bill Gallagher in the 1950s. There were originally four airports [in the town of] Falmouth, but this is the only one that still exists. Bill built the airport kind of as a hobby.”

Grobstein continued, explaining more about the airfield and Gallagher’s determination to put it on the map.

“He worked at the Woods Hole Oceanographic Institute and he sort of built the airport on the cheap. There are stories saying, ‘Well, one year he would pave a thousand feet of runway and the next year maybe he would have enough money for 500 feet more. He got a hangar from what used to be the Otis Air Force Base, who wanted to get rid of it. Bill had an Aeronca Champ and ultimately lost his medical, but he would take other people flying with him so they would be PIC.”

Gallagher passed away in 2001 and the airpark was incorporated in 1985. “We currently have bylaws and covenants, which were filed in 1988. That same year, they [Yonkers Contracting Company, the developer] began selling lots. On January 1st, 1997, residents ultimately took control, but they didn’t have voting control yet. I am not certain when the first house was built here, but the third house was built in 1992—so it was probably by 1990 there was a house here.”

Grobstein asserts that the noted bylaws and covenants are in part what keep the member-owned community strong, as well as help ensure the safety of pilots and others on the property.

“The taxiways and streets are separate and if you go on the street side, it looks like a normal neighborhood. We have a lot of covenants; some are no longer enforceable as there was a court case in Massachusetts a couple of years ago where they said that if you have covenants you have to say they apply for a certain number of years. And if you didn’t say at the beginning that you can renew them forever, then you can’t renew them anymore.”

The 2,298 feet-long by 40 feet-wide RWY 7 at Falmouth Airpark (5B6) in Falmouth, Massachusetts.  [Courtesy: Falmouth Airport]

Regardless, the first impression for many aviators is nearly identical to that of Grobstein when she first visited Falmouth.

“Usually when pilots come here, they say that they really want to be here and live at an airpark. But sometimes their partners are not so enthusiastic. But I would emphasize the community here and all of the activities that we have. We have a very active social committee. They have book clubs, stamping workshops, other artsy-craftsy things, we have barbecues on Memorial Day, Fourth of July, and Labor Day. Before the pandemic we also used to have a winter dinner, which will hopefully come back. We have a lot of parties.”

And of course, a residential fly-in community isn’t really that without aircraft. Grobstein notes that there is a good mix of models and residents. “I would say that most people here are either pilots or enthusiasts. Falmouth Airpark has mostly singles, both tricycle gear and taildraggers. One biplane. Two twins. Quite a few experimentals, mostly RVs.”