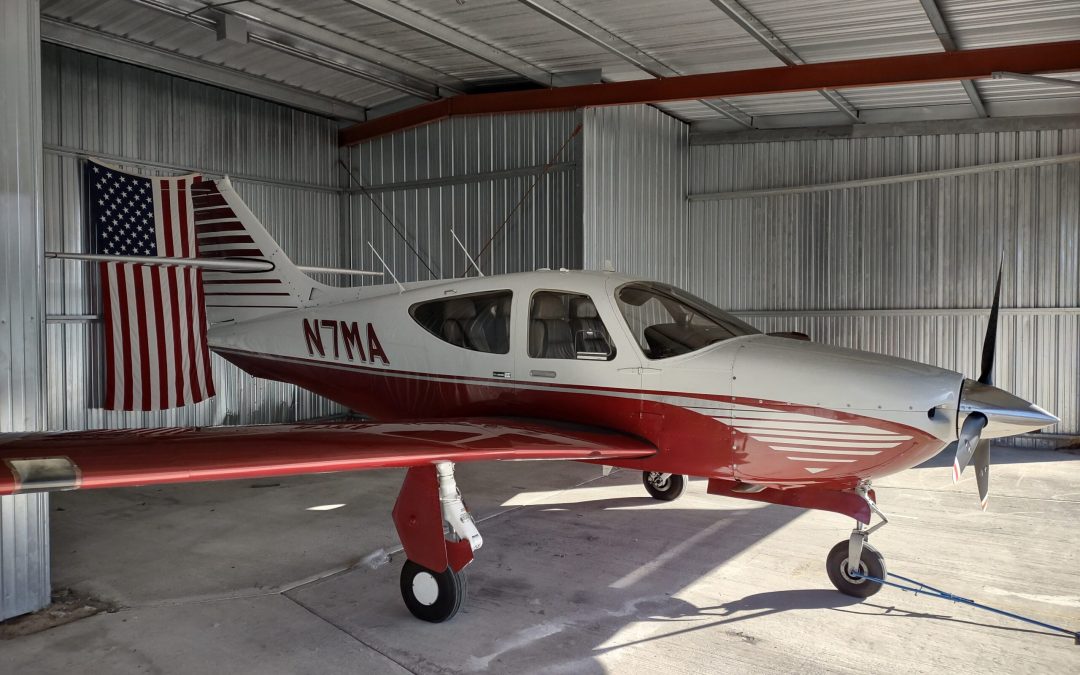 When I bought my first new car in 1995, the dealership sent sparkly balloons to my door the next day. When my wife and I moved into our house we celebrated with champagne. But when we closed on our airplane just over a week ago, the experience was so thrilling that I wanted to spray the champagne the way Formula 1 drivers do on the victory podium.

But there was work to do. I had to arrange to get the new-to-us 1992 Commander 114B from its longtime home in Lincoln Park, New Jersey (N07) to our hangar at Sussex Airport (KFWN), about 20 nm north.

READ MORE: The Advantages of a Drawn-Out Transaction

While I might have dreamed of flying it there myself the day of the closing, the weather forecast was better the following day, and it seemed wiser to have my instructor along for the repositioning flight for safety’s sake. Besides, the insurance company insisted on it. Indeed, under my insurance policy I have to log three hours of dual before flying solo in the Commander. I also need a total of 15 hours before carrying passengers.

That is why I drove to New Hampshire to pick up our son from college yesterday instead of bringing him home for the Thanksgiving break in the new airplane. There was no reasonable way to squeeze all of those required hours in during the past few gusty days. I also know I should be thinking more about proficiency than hours. And on that front, I’m not sure I will feel comfortable enough to cut my instructor loose so soon.

With the passing of the keys, the author is ready for his first flight as an aircraft owner. [Credit: Frank Catanese]

Several months have passed since the last time I flew a complex aircraft regularly, and I have to admit I’m rusty. The Commander’s checklist is longer than the Cessna 172’s, and after flying the latter more frequently of late I have become accustomed to its less demanding cockpit. Combine that with the nervous, distracted feeling of going aloft in an airplane I actually own, and suddenly I need to be reminded to raise the landing gear after takeoff.

My first flight as the Commander’s owner felt surprisingly like my early days as a green student. The most basic tasks and maneuvers proved challenging. Even my radio voice failed me as I announced our long-anticipated departure from Lincoln Park.

“Commander Seven Mike Alpha, departing runway one niner, straight out, Sussex—correction, Lincoln Park,” I babbled, in an octave reminiscent of my seventh-grade self. I typically channel Gregory Peck in Twelve O’Clock High, but it just wasn’t in me that day. The takeoff itself was less than impressive as I eagerly lifted off a bit too soon and had to gain speed in ground effect before climbing out—essentially performing an unnecessary soft-field simulation.

The former owner recorded the maneuver and texted the clip to me later with the comment, “I think you rotated early.” So true.

I eventually collected myself and managed to enjoy the flight to Sussex, including a nice approach and landing, and the triumph of finally stashing the airplane in our hangar that has waited, empty, for months. Best of all, a group of my pilot friends were on hand to celebrate, making me feel like I had crossed a figurative line to become a full member of the airport community. They even passed out cigars. There were tears of joy.