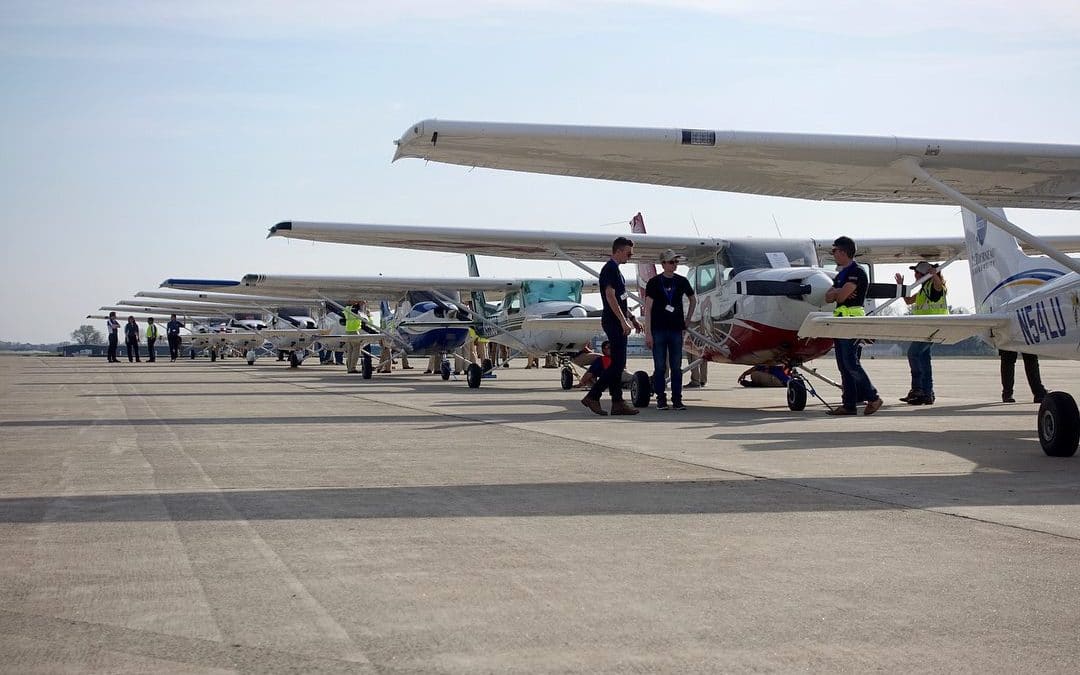 FlightSafety International announced on Tuesday that it has made an investment in the National Intercollegiate Flying Association (NIFA) that includes naming rights to SAFECON National Championship.

This commitment will coin the NIFA championship “The SAFECON National Championship Powered by Flightsafety.”

“Both NIFA and FlightSafety have a long history of supporting aviation,” Nate Speiser, executive vice president of sales and marketing at FlightSafety said in a statement. “We’re looking forward to supporting students’ passion for aviation through this partnership, and to further promoting the many exciting career paths available.”

In addition to naming rights, FSI has also pledged a financial commitment to support NIFA’s mission, advance the competitions, and expand the event to include aviation maintenance students.

“Our mission is to do whatever we can to support collegiate aviators and help prepare them for careers in aviation,” NIFA executive director Taylor Newman said. “FlightSafety’s support of this mission takes it to a whole new level and helps shed even more light on NIFA. It’s just a great match for both of us.”

More than 80 colleges and universities compete in NIFA events, both regionally and nationally, every year.