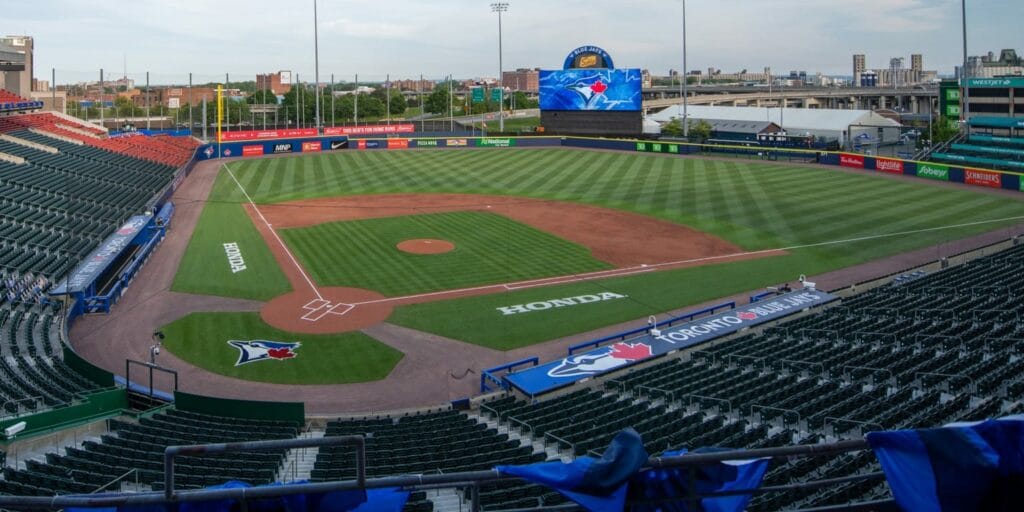 This week marked opening day for baseball teams across the many professional leagues in the U.S. For pilots who happen to be fans, this rite of spring marks an opportunity to boost flight hours by flying to as many games as possible.

To help with flight planning, we assembled a list of airports that are close to ballparks. We focused on the minor leagues, in part because their fields tend to be closer to GA airports. Of course, there are exceptions. Boston’s Logan Airport is very close to Fenway Park, home of the Red Sox. However, not every private pilot would be comfortable flying into that Class B hotspot among the heavy iron.

Another reason minor league games are a blast is because of the stories you can see unfolding: fledgeling careers taking off, veteran players looking for a second chance, journeymen still holding out for that big break. The setting is almost guaranteed to be more intimate than at a big league park. Seats often number a few thousand, not tens of thousands, so nearly everyone is close to the action.

Below are 10 suggestions for baseball destinations. Please tell us about your favorites.

Home to the Buffalo Bisons and completed for the 1988 season, this ballpark helped kick off the retro era mainly associated with fields built in the 1990s. Its designers sought to recapture the charm of small, intimate parks like Chicago’s Wrigley Field and Boston’s Fenway Park. The Bisons play in the International League and are the Triple-A affiliate of the Toronto Blue Jays.

Renowned power hitter Mike Schmidt made his debut here in a 1971 exhibition game in which the Philadelphia Phillies, which had just signed Schmidt, defeated the Reading Phillies. Schmidt went on to play 18 seasons with the Phillies. Today, the 10,000-seat stadium, which is less than four miles from the airport, is home to the Reading Fightin Phils of the Double-A Northeast.

Fifth Third Field is home to the minor league Toledo Mud Hens, an International League team that is the Triple-A affiliate of the Detroit Tigers. The Airport, just about nine miles from the ballpark, opened in 1928 and was a hub of air mail activity for many years before construction of the larger Toledo Express Airport (KTOL).

The Corpus Christi Hooks play here. The team is the Double-A affiliate of the Houston Astros. The team’s name is a reference to fishing hooks and reflects the popularity of fishing in the area. A long list of Hooks have moved up to the major leagues over the years including Jason Castro, Chris Sampson, Dallas Keuchel, and Hunter Pence.

Cheer on the Louisville Bats, an International League team and Triple-A affiliate of the Cincinnati Reds. Budget extra time for a visit to the Louisville Slugger Factory and Museum to see what goes into making bats. The field is also home to the Against The Grain Brewery & Smokehouse, located in a corner of the stadium that used to be a train station.

The Sussex County Miners of the independent league will kick off their season against last year’s champions, the Schaumburg Boomers, in a three-game series. The schedule includes several first-time visitors from far off including the Joliet Slammers and the Evansville Otters. Like many teams, the Miners are looking forward to a full season after last year’s pandemic-restricted schedule.

The park, which opened in 1998, is the home field of the Oklahoma City Dodgers, Triple-A affiliate of the Los Angeles Dodgers. It is located in the city’s Bricktown Entertainment District, a former industrial zone with former warehouses and other buildings repurposed as restaurants, shops and wine bars. Water taxis operate on a canal that runs through the area.

The Asheville Tourists play their home opener on April 12 against the Greenville Drive. The Tourists are the High-A affiliate of the Houston Astros. Built in 1924, the ballpark underwent a major renovation in the early 1990s, during which much of its wooden structure was replaced with concrete.

The Memphis Redbirds of the International League have won four league championships and one Triple-A national championship since their affiliation with the St. Louis Cardinals began in 1998. Autozone Park is famous for its original capacity of more than 14,000, which has since been reduced, and for being the most expensive minor league park by far when it opened in 2000.

Hammond is the spring training field for the Minnesota Twins and home of the Fort Myers Mighty Mussels of the Florida State League and the Twins’ Single-A affiliate. The team was founded in 1926 and has gone through numerous affiliations and names, including the Miami Hustlers and the Miami Miracle. The stadium was built in 1991 and underwent a renovation in 2014 and 2015 that included a capacity increase to 9,300 from 7,500.