Flying In Search of the Best Lobster Roll 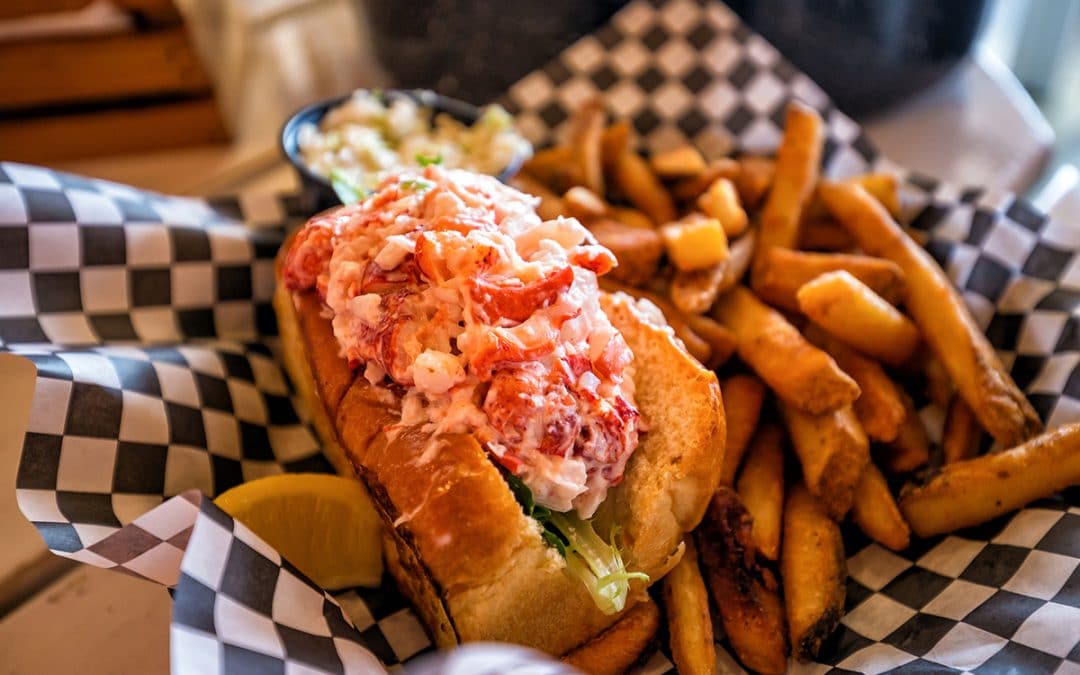 Is there a food that embodies the summer spirit more completely than a lobster roll? While there might be a few competing favorites out there, we decided to mark the first day of summer with a look at how lobster rolls have grown far beyond their New England roots.

When I was growing up, my family would travel up the coast from New Jersey to Rhode Island, Cape Cod and on up to Maine, where I quickly learned to love lobster rolls. There are so many elaborate lobster recipes with ambitious preparations, side dishes, sauces, and garnishes. But the roll is arguably the purest and tastiest. Many fans will tell you that if you are filling your roll with more than lobster and a little mayonnaise, you are overdoing it.

The wonders of food transport technology have made it possible to find competitively delicious lobster rolls across the U.S. Here are a few places known for great ones.

During decades of family trips from New Jersey to Maine, I could always sense when we were approaching Wiscasset because the traffic on Route 1 would suddenly slow as we rolled down the long hill into the village. By the time we got to the bottom of the hill, it became clear why traffic was crawling. We were passing Red’s Eats, and the crowd that routinely formed around the tiny, unassuming place was spilling into the street. The sign reads “World’s Best Lobster Shack,” which is what every lobster roll purveyor seems to claim. But quite a few Mainers say it’s true in this case.

Most folks don’t head to Texas when looking for a good lobster roll, but Heidie Garbo has spent the last several years changing people’s perceptions and assumptions about the New England classic. After traveling from Connecticut to Florida, she opened Garbo’s Grill in Key West, where she also met her husband. Together, they moved to Austin, Texas, where she began serving her favorite northeastern fare from food trucks before opening her current restaurant. It is safe to say Texans have taken to it.

The Caplinger family began this operation in 2013 as a way to bring more high-quality seafood to the Midwest. However, they have been in the business for more than 30 years, promoting the notion that diners do not have to travel to the coast for the consistently fresh seafood. Today, they have several locations in Indianapolis that include restaurants and fish markets. If, for whatever reason, you are not in the mood for their “Lobsta Roll,” you can try a tilapia, whiting, or cod loin sandwich, or a shrimp, oyster or clam po’boy.

Here is another case of displaced New Englanders seeking to share their favorite foods from back home with people who may never have tasted a lobster roll before. The business began at the local farmer’s market in 2009, grew into a food truck operation, and now includes the café’s catering, and shipping. Salt Lake City International Airport is closest—less than 10 miles, while the quieter Skypark (KBTF) in the town of Bountiful is just a few miles farther away. Freshies also has locations in Park City, Utah, and Jackson, Wyoming.

A lobster roll is much more than a meal or snack. Some people see the delicacy as a way to promote happiness. That is the approach Alex Robinson, Neal Bassett, and Tyler Cullitan have taken. The longtime friends decided in 2014 to leave their desk jobs and pursue their collective dream of operating a food truck specializing in rolls made with lobster caught daily in Maine.

The Lobster Truck moves around downtown so you really have a choice of several airports, though trying to slip into O’Hare (KORD) in a Cessna 172 might be a little hairy.

The post Flying In Search of the Best Lobster Roll appeared first on FLYING Magazine.