Flying Into Sun ‘n Fun? Don’t Forget To Be The PIC 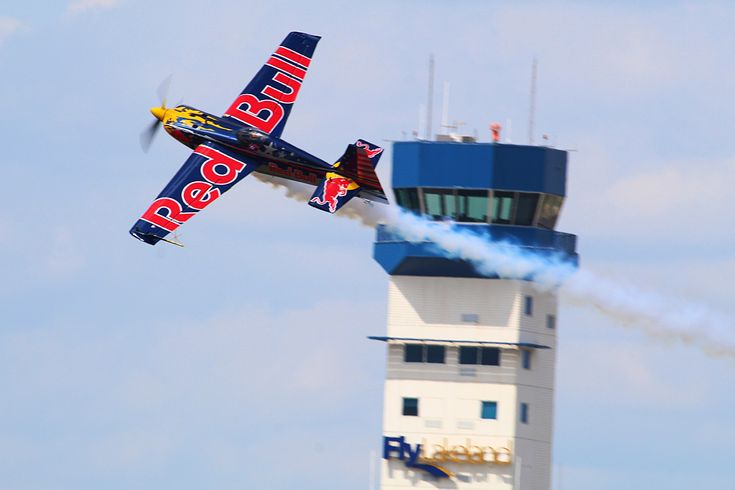 Now it’s time for my semi-periodic stand-up-on-your-hind-legs blog. I promise, this will be the last one and should sate you through the remainder of my career as an aviation opinion writer. What ignited it this time was the proximity of Sun ‘n Fun starting Tuesday and this video, a link to which someone must have sent me but who knows, because like everyone else, I bob along in a river of digital content barely keeping my nose above pixel level.

The gist of the video is half revealed in the grammatical fracture of the title: Why Plane Crashes at Oshkosh Every Year. The author then presents the argument that crashes at Oshkosh—and there are often a small few—are “caused” by air traffic controllers yelling at or pressuring pilots, distracting them from the delicate task of landing the airplane. He observes that nine times out of ten, crashes occur on the runways at Oshkosh or Lakeland, then leaps to the conclusion that ATC is responsible. Well, yeah, most crashes in general occur on runways because that’s where the vast majority of pilots meet mother earth and all too often, we screw it up. R-LOCs, we call them, for runway loss of control. They often bend metal, sometimes badly, but rarely fatally.

There’s a kernel of truth to the assertion that high-octane ATC at Oshkosh and Lakeland are factors, but no matter how much you water that seed, you’re not gonna get a flower. The reason is that short of running two airplanes together, controllers are but facilitators and, as it always has, 91.3 rules. The full text is mercifully short: “(a) The pilot in command of an aircraft is directly responsible for, and is the final authority as to, the operation of that aircraft.” The emphasis is mine. Just as an aside, while the intent is clear, this sentence could use a rewrite. But that’s for another day.

In this context, PIC authority extends beyond the mere manipulation of the controls and to the concept of what it means to be in command. It means knowing the NOTAM, for example, being prepared to confidently fly at varying airspeeds, including slow flight, and executing tight turns at potentially low altitudes, short-notice go-arounds, plopping the airplane down on a designated spot and tuning out hectoring radio transmissions from the tower. In the opening of the video, there’s a particularly egregious example of a controller badgering the pilot unnecessarily at length and advising him to “add power.” Excuse me, as my friend Ross Russo likes to say, rock the tower if you’re flying the airplane. Video author Mike Ojo rightly points out that this may be a factor in some runway mishaps and that controllers working this way add unnecessary agita and tension to the exercise. I agree, but it’s not causative. Being in command means having the chops to ignore that noise and carry on with being the final authority.

The word “unable” is always available when safety or capability are in question, even if you can’t say it on a frequency that’s permanently hogged by a controller holding the PTT. Have the confidence to do what’s necessary to resolve the situation safely and worry about the consequences later, of which there are likely to be none. In the video, the controller commands a Bonanza pilot twice to “put it down.” This is a perfect recipe for a porpoising or gear collapse accident and the only thing between that and salvation is the pilot’s discipline to put the airplane down when it’s damn well ready to quit flying. And not before.

What appears to be going on in that situation is the kind of too tight spacing that happens all the time at AirVenture and Sun ‘n Fun. It’s not clear why it happened. It could be one of the pilots turned sooner than he was supposed to or flew faster than he was supposed to or maybe the controller called the turn too soon or otherwise messed up the sequence. It happens. Remember, at AirVenture, controllers are allowed to use non-standard runway separation so it’s not a question of if this will happen, but when. It’s understood that a cooperative relationship between controllers and pilots will sort this stuff out. To a point.

If you deem an ATC directive—say a last-second go-around or a low turn—will put the airplane in extremis, 91.3 authorizes you to do what’s necessary to save it, regardless of the directive. It’s not blanket immunity, of course. If you turn left when the controller said right or taxi onto a runway you weren’t cleared to enter, 91.3 won’t save you. And there are gray areas between that and a righteous decision to decline a directive.

Performance anxiety plays a role here, too. Pilots sometimes assume, wrongly in my view, that speed-of-heat radio transmissions equate to Olympic-level ATC. Sometimes yes, sometimes no. But there’s an understandable desire to perform heroic feats of airmanship to measure up to the imagined high expectations of controllers and, possibly, an audience.

In 2001, an acquaintance of mine was on final to Runway 9 at Oshkosh in a Glasair III when he was asked to fly S-turns for spacing. He did, and slowed down to the extent of entering a stall/spin. He died in that crash for the simple want of rejecting a directive he couldn’t safely execute. In 2010, famed racing figure Jack Roush was seriously injured when he stalled his Premier jet after a late go-around on runway 18R. He believed he would conflict with a slower airplane just departing, but applied inadequate power for the go-around, resulting in a stall. Roush exercised his PIC authority, but simply failed to follow through to completion.

Oshkosh (or Lakeland) is no place for tentative, half-step execution. Know that going in. And remember to expect the unexpected, because you’re kind of likely to see it. Also, accept that with that many airplanes stuffed into a small space, risks are simply higher. Period. If that doesn’t sit well—and it surely doesn’t with many pilots—driving is a lower stress option. Heresy, I know, but better that than a bent airplane.

The post Flying Into Sun ‘n Fun? Don’t Forget To Be The PIC appeared first on AVweb.