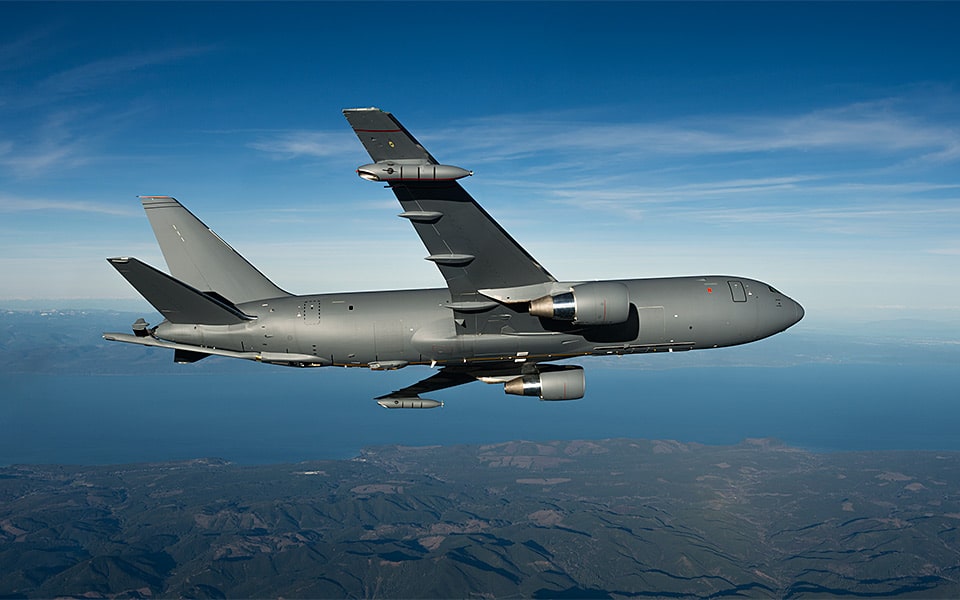 Boeing expects to announce a new international buyer for the KC-46A Pegasus tanker by the end of the year as interest in using the air-to-air refueler is growing among foreign militaries, according to a Boeing program official.

“There’s several countries that have always been lukewarm, that have now said, ‘Hey, what does your line look like?’” Mike Hafer, Boeing’s senior manager for KC-46 business development, said during a recent press event, Breaking Defense reported.

Six international militaries have approached Boeing about purchasing the aircraft since 2020, with some interested in buying a cargo version without the refueling boom, Hafer told reporters.

Boeing however, will only sell the KC-46 in its current configuration for aerial refueling, Aviation Week reported.

A Boeing spokesperson declined to comment to FLYING regarding which specific countries had expressed interest.

Foreign military interest in the KC-46A emerged during the COVID-19 pandemic, as well as following Russia’s invasion of Ukraine, Hafer told reporters.

“A lot of—especially NATO—countries are doubling some of their defense expenditures, which has increased the interest in all types of capabilities, all types of Boeing products,” he said, according to Breaking Defense. “We’ve seen that replicate itself here [in the KC-46 program] as well. …Russian aggression has stimulated business. But it’s not what I wanted to stimulate business.”

The KC-46A—which represents the Air Force’s first phase of recapitalizing its aging tanker fleet—is capable of refueling most fixed-wing, receiver-capable aircraft, as well as airlift up to 65,000 pounds of cargo.

The Air Force began flying the aircraft in early 2019 and, under its current contract, is set to receive 179 copies of the air-to-air refueler.

The tanker, which is based upon the 767 airframe, can accommodate 18 military standardized pallets in cargo configuration, a capability that makes it desirable to many international militaries. In late 2017, Japan became the first international customer for the KC-46A with an order of four tankers, two of which have been delivered.

“With its ability to carry cargo and passengers, the KC-46A tanker can also support Japan’s humanitarian and disaster relief efforts,” Will Shaffer, president of Boeing Japan, said last year.

The Israeli Ministry of Defense has also signed Letters of Offer and Acceptance for four tankers, Boeing said.