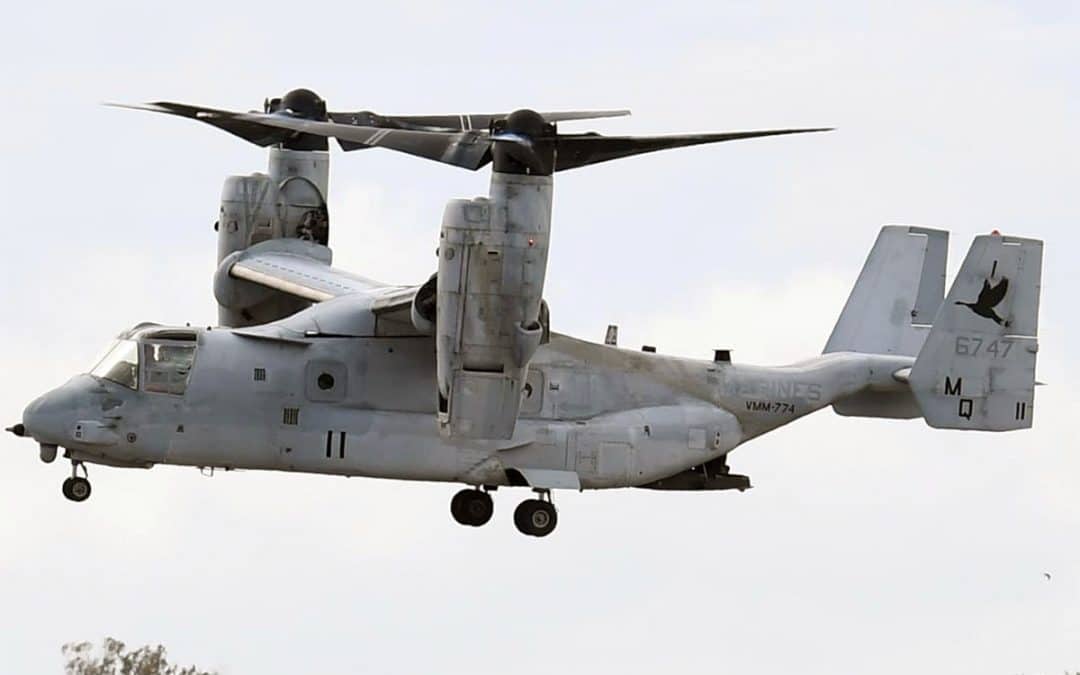 “It is with great sadness we have received the message that four American soldiers died in a plane crash last night,” Norway Prime Minister Jonas Gahr Store said in a statement posted on social media. “The soldiers participated in the NATO exercise Cold Response. Our deepest sympathies go to the soldiers’ families, relatives, and fellow soldiers in their unit.”

It is with great sadness we have recived the message that four American soldiers died in a plane crash last night. The soldiers participated in the NATO exercise Cold Response. Our deepest sympathies go to the soldiers’ families, relatives and fellow soldiers in their unit.

Four Marines assigned to 2nd Division Marine Aircraft Wing, II Marine Expeditionary Force (MEF) were on board the tilt-rotor aircraft at the time of the training incident, which occurred near Bodo, Norway Friday evening, the service said. The incident is now under investigation by U.S. and Norwegian officials.

We can confirm an incident has occurred involving a Marine Corps MV-22B Osprey aircraft.

The aircraft was conducting training in Norway as part of Exercise COLD RESPONSE 22 at the time of the incident.

As of Saturday morning, the USMC had not yet officially confirmed the fatalities, but said the Marines were listed at Duty Status Whereabouts Unknown.

“As a matter of policy, identities of servicemembers are not released until 24-hours after all next-of-kin notifications have been completed,” II MEF said in a statement.

The MV-22B was on a training mission in Nordland County Friday evening and had been scheduled to land before 6 p.m., Norwegian Armed Forces said in a statement. “The [rotorcraft] crashed in Gråtådalen in Beiarn, south of Bodø,” it said, and police arrived at the scene around 1:30 a.m. Saturday.

“The search and rescue operation found what was an accident site,” Norwegian Chief of Defence, General Eirik Kristoffersen said. “It has now sadly been confirmed that the crew on board the American aircraft died in the accident. My thoughts go to the crew’s family, friends and colleagues.”

“This year’s exercise was announced over eight months ago. It is not linked to Russia’s unprovoked and unjustified invasion of Ukraine, which NATO is responding to with preventive, proportionate, and non-escalatory measures,” NATO said in a statement describing the exercises.

“Norwegian civil authorities took the lead in search and rescue efforts, and we are grateful for their professional commitment to our enduring relationship,” the USMC said in a statement. “We are immensely grateful for the support of all first responders, the Norwegian Armed Forces, and Allies and partners that contributed various assets and people in the ongoing efforts.”