From the Starfighter to the Enterprise NCC-1701-D 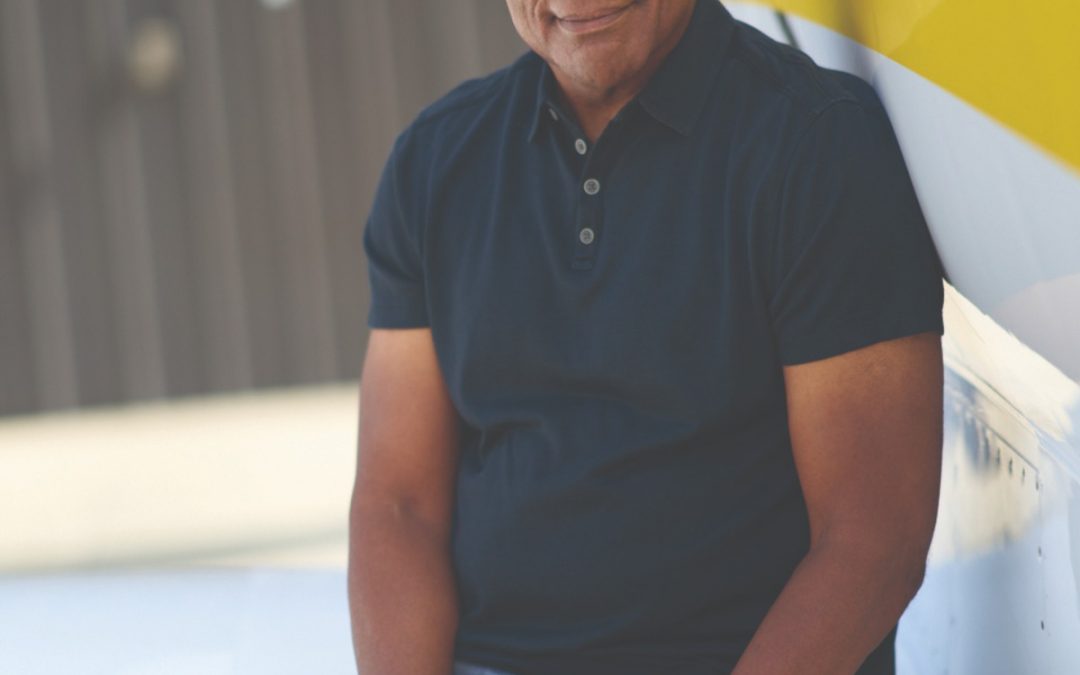 From the late 1980s through the 1990s, Klingon Lt. Cmdr. Worf was one of the most visible characters on the popular TV shows Star Trek: The Next Generation and Star Trek: Deep Space Nine. Actor and pilot Michael Dorn, who was cast as Worf, made the character his own and ended up appearing in 276 episodes, the most of any other cast member in the Star Trek franchise’s history.

To Dorn, morphing into Worf each day was a lengthy process because of the amount of makeup and prosthetics required to bring the character to life. But when the cameras stopped rolling, it wasn’t the starship Enterprise that drew Dorn’s attention, it was a Cessna 172 Skyhawk. But there was a problem.

You see, Michael Dorn likes airplanes that go fast. Really fast. After moving through a few general aviation airplanes, he began buying and flying a long list of former U.S. military fighter jets. This desire to go fast also explains why he drives a Tesla Model X P100D today. “It has ‘Ludicrous’ mode,” Dorn says. “I live for on-ramps!”

In an interview with FLYING, Dorn discusses his love of fast airplanes and describes how he developed Worf into such a popular Star Trek character

Michael Dorn (MD): I have been lucky to have owned a number of military jets, including the Casa Saeta HA200, Lockheed T-33, North American F-86C, and North American Sabreliner 40A. But the one jet I have always wanted is the Lockheed F-104 Starfighter. The 104 will be my final airplane, because it really goes fast.

FM: Since the military cannot sell their used airplanes directly to the public, how are civilians able to buy these decommissioned military jets?

MD: In the old days, the publications that list used airplanes had a section for fighter jets. You always saw quite a few T-33s, F-86s, MiG-21s, and L-39s. Now, the operations that do dissimilar aerial training with the military need fast airplanes for U.S. pilots to train against, so they fly great stuff. When they are done with these jets, civilians can pick them up to be flown as experimental exhibition airplanes.

FM: Tell me about the exhilaration that you feel flying your fighter jets.

MD: I’ve always wanted to be a fighter pilot since I was very young because I love aerobatics and speed. The jet airplanes I fly can do Mach 1 or Mach 2 and that kind of speed is exhilarating. If you are low to the ground or going through clouds, you get that sensation of speed. But if you’re just blasting through a bright blue sky, it does not feel fast until you look down at your air speed indicator and you see 0.96 Mach and realize that OK, now that’s fast!

FM: Do you use flying as an escape from your work as an actor?

MD: Yes, all the time. When I was working on the show, I was flying at the same time on the weekends because it was a total release. I equate it to meditation because you’re not thinking about anything else but keeping the airplane in the sky. And with a bubble canopy, you have a different perspective looking down on really beautiful country. I get a little ethereal and find myself asking what is the problem here, what are we fighting about?

FM: How was the character of Worf developed? Did you have any input on what we saw on screen?

MD: The cast had already been working together when they decided to add the character of Worf. I went in to read for the part and was in makeup within the hour. They gave me no guidance on what the character is or what they wanted him to be. I asked the show’s creator, Gene Roddenberry, what his vision for Worf was, and he told me to just make the character my own. To an actor, that’s like Christmas.

FM: What influenced how you developed the character?

MD: The rest of the cast were all just really nice people on and off screen, laughing a lot, happy to be going into space together. It struck me to make Worf the opposite of that because he was a professional soldier, didn’t joke around, didn’t smile, and was kind of gruff and surly. Luckily, the writers took off on that and wrote some fantastic stuff with that in mind.

FM: What is the one attribute a young person needs if they want to break into acting as a career?

MD: They need to have thick skin and be resilient because it’s a tough business. When I started, there were only three television networks, that was it. Now there is so much out there with all the cable and streaming work that if someone knows their craft, the chances of working and making a living as an actor are pretty good. To rise to the top and become a star, you have to be very good at your craft. Even if you are not a star, you can still be a character actor and work all the time.

FM: A lot has been said about Worf’s makeup on the show. What was it like putting all that on and taking it off at the end of shooting each day?

MD: When we started, it was three hours to do the makeup and glue on the prosthetics. By the end of my run as Worf, it was down to one hour and 45 minutes. It was very challenging because they are literally putting glue on your face, and you have to wear it for as long as 15 hours. When I was made up as Worf, I couldn’t go and have lunch in the commissary, because when I would come back, they would have to reglue. That part of the role made my skin crawl.

FM: Once you were made up as Worf, did you stay in character on the set?

MD: No, I am not one of those actors who needs to be in character to do the job. They would say, “action,” and I’d do my lines as Worf; and when they said, “cut,” I would just say, “thanks,” and go about my business. People onset would see me as Worf and assumed I, too, was gruff and surly because I had the makeup for that. But that was not at all the case. I am nothing like Worf in that regard.

FM: Now that Capt. Kirk has gone to space, is that a ride you want to take?

MD: No, because it is dangerous, even if they’re not going into orbit. It’s one of those things where you’re not in control. They put you into a rocket and just shoot you up. For the money they want to go up, I’d much rather use that to buy an F-104.

Dorn would rather fly a fighter than go into space. [Courtesy: Michael Dorn]

Name one person you’d like to fly with, living or dead.

If you could fly any airplane or helicopter, what would that be?

What one airport would you most want to fly into someday?

What has been aviation’s biggest innovation?

There are two: the jet engine, and advancements in technology including GPS.

Would Worf have made a good fighter pilot?

When you’re not flying, what would you rather be doing?

Playing tennis. Wherever I lived, I made sure there was a court within 2 or 3 miles.

The post From the Starfighter to the <i>Enterprise NCC-1701-D</i> appeared first on FLYING Magazine.