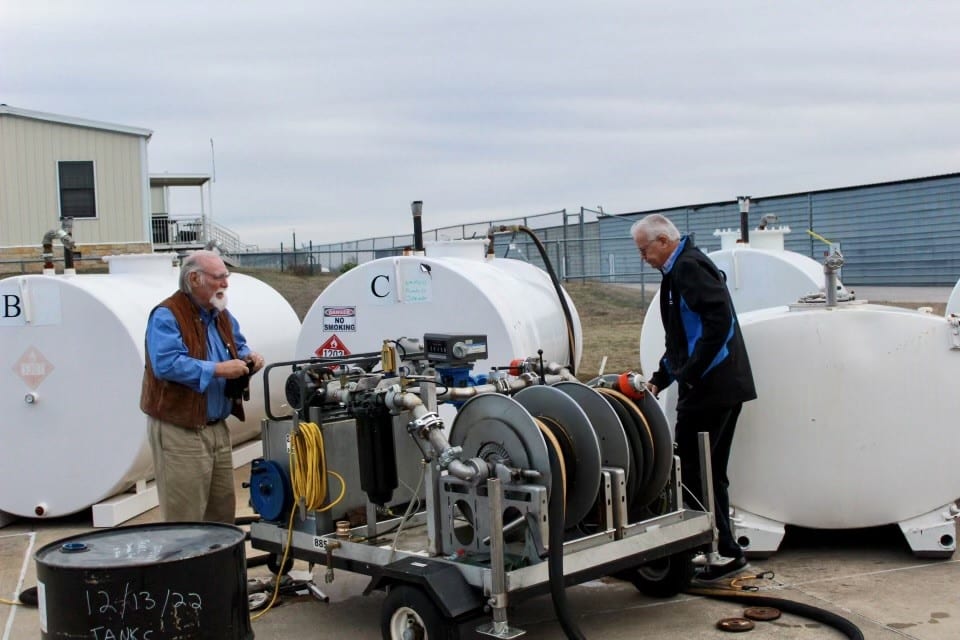 We stand at the dawn of a new age for general aviation. For years, the industry standard fuel, 100LL, dominated the market. Now a new player is entering the game, and they bring the hopes of a cleaner world with them.

Over a decade in the making and countless hours of research, testing, and design bring us to this point in history. After a prolonged silence, the FAA finally issued the decree. Change has come at last.

GA has never been more popular. During the pandemic, as people disappeared from major international airports, small aircraft owners felt safe and confident in their own space and continued to fly.

The expanded use of homebuilt, experimental, and light sport aircraft may strain the avgas supply chain even more, though how that increased activity weighs against historic records mitigates the concern somewhat. However, according to Fortune Business Insights in its report on avgas, the “rising demand for small planes and the growing popularity of sporting activities are likely to boost the aviation gasoline market growth.”

The recently increased activity—coupled with the potential restriction of current leaded fuel in an industry with a massive barrier to entry—could create the perfect storm for grounding aircraft.

Before we begin, refresh yourself with this guide from the FAA entitled Leaded Aviation Fuel and the Environment, and establish a jumping-off point. Although the page is quite dated, it does contain some helpful information concerning the background of lead in aviation fuel. They mention the pathway of supplemental type certificates (STCs) “for specific piston engine and aircraft models to operate with new, unleaded aviation gasoline formulations.”

Today marks the third of my articles on the eventual sunsetting of 100LL. The first iteration came out when reports came in of certain California airports banning avgas sales. The second highlighted an approved unleaded alternative with an STC, but only on limited applications.

And suddenly, when the announcement shook the general aviation world, FLYING was there. Julie Boatman’s coverage made the announcement: A milestone in the search for an unleaded fuel replacement for 100LL avgas had been unlocked.

On September 1, 2022, General Aviation Modifications, Inc. (GAMI) received the approved expansion of the July 2021 STC. Some helicopter airframes still lack full approval; however, the engines are good to go.

Great! We have mass approval. Now, what comes next? When will they start pumping G100UL?

At this point, there are still more questions than answers. Instead of engaging in speculation, I went straight to the source and talked with GAMI president Tim Roehl, co-founder George Braly, and chief sidekick, their dog Moses. (OK, I didn’t specifically speak with Moses per se, but I am sure he was in the room.)

When I asked how things were going, Roehl offered, “GAMI received the FAA’s fleetwide certification, and we stand at the ready to provide the GA industry with a high octane, unleaded fuel. G100UL will offer tremendous advantages in engine maintenance and higher reliability.”

Roehl also mentioned that GAMI set up a website to try and quell the storm and answer questions owners, operators, and maintainers may have. The Q and A is in PDF format, so you can download it, share it, or post it on the wall in your hangar.

GAMI named Avfuel as their distribution partner. Together they are currently ramping up manufacturing. When they start pumping, it is critical to the industry that Avfuel maintains a continuous supply. Roehl mentioned, “One of the biggest challenges we face is forecasting volumes.”

I spoke with Marci Ammerman, vice president of marketing for Avfuel, and asked about the company’s collaboration with GAMI and their continued partnership moving forward. Ammerman replied, “Avfuel Corporation, through its sustainability products company, Avfuel Technology Initiatives Corporation (ATIC), has been working with GAMI since 2012 and other industry innovators. ATIC’s mission is to further industry sustainability product advancements, including bringing unleaded avgas to market.”

Now that the stage is set, when and where will the main event occur? The plan is to start in California, a fairly big stage and the number one state in volume. The decision by some California airports to ban 100LL is also a prominent factor in rolling out in California first. As this may occur at other airports in the Golden State, something must be ready to fill the void.

When I inquired about the speed of delivery, Roehl advised me to expect a slow start at first, then allow the domino effect to start pumping in other regions. He assured me this evolution would not be like “Black Friday” at Best Buy.

100LL is challenging to produce and distribute; it is a boutique fuel in terms of volume, hence why there is a limited number of producers. Avfuel, Epic, Titan, and others commonly swap stock to meet the ebb and flow of their stock levels.

Aviation fuel innovation is not widespread, and it is no wonder only a limited number of entities even attempt it. No new producers are on the horizon. Fear of negative press and the EPA keep them at bay. Some reports of an endangerment finding and pushing the 100LL ban out to 2030 have been making the rounds. Even now, as GAMI has approval, a total replacement of 100LL by 2030 would “be a challenge.”

Additionally, Europe is on the brink of banning tetraethyl lead (TEL), the chemical which adds lead to 100LL fuel. Distributors can still import blended 100LL fuel but at a very high price. At press time, the European Union Aviation Safety Agency (EASA) is evaluating the G100UL STC.

G100UL has no toxic chemicals nor organometallic additives (like TEL in 100LL). Scavenging agents, such as the ethylene dibromide required to try to scavenge the deposits formed by the TEL in 100LL, are also not found in GAMI’s product. Another thing missing is MMT (methylcyclopentadienyl manganese tricarbonyl), another organometallic additive with both engine deposits, as well as health and environmental concerns.

When the transition occurs, converting to G100UL will be seamless. Operators will not worry about separate tanks nor exhausting their supply of 100LL; the new unleaded fuel can store in the same tanks as legacy avgas.

G100UL offers additional benefits. The result of going unleaded is a cleaner fuel burn, no deposits forming in the combustion chamber, and no fouled plugs. All of the above spells reduced maintenance. Trust me; you will appreciate the reduction when you see my maintenance labor total on your next shop bill.

Although they are not pumping G100UL yet, they are ramping up and preparing for launch. Early estimates show a March or April initial rollout focused on a limited number of airports in California. GAMI intends to utilize the existing distribution network.

Avfuel and GAMI will issue a license to produce G100UL. Production and distribution will be in multiple locations based on demand. G100UL does not need a refinery

My colleague Jonathan Welsh continues to follow the avgas saga, including the $10 million funding for an unleaded alternative to 100LL. Eliminate Aviation Gasoline Lead Emissions (EAGLE) hopes to eliminate leaded avgas by the close of 2030.

The future is now, and the industry has never been closer to a sustainable unleaded alternative to 100LL avgas than it is today. That said, it will be logistically impossible to convert significant numbers of aircraft quickly.

The feds continue highlighting their avgas initiative, including the sub-section, “Getting the Lead Out.” Although they do not mention GAMI or G100UL by name, like the page on lead in aviation fuel, the statement references the STC process.

STCs for the G100UL are now available at G100UL.com, and GAMI encourages early adopters to help us fund the initial production streams. Signing on early will provide much-needed capital and assist with production costs and logistical issues.

September 1, 2022. The beginning of a new era. Remember that date; it could end up on someone’s #OTD one day.