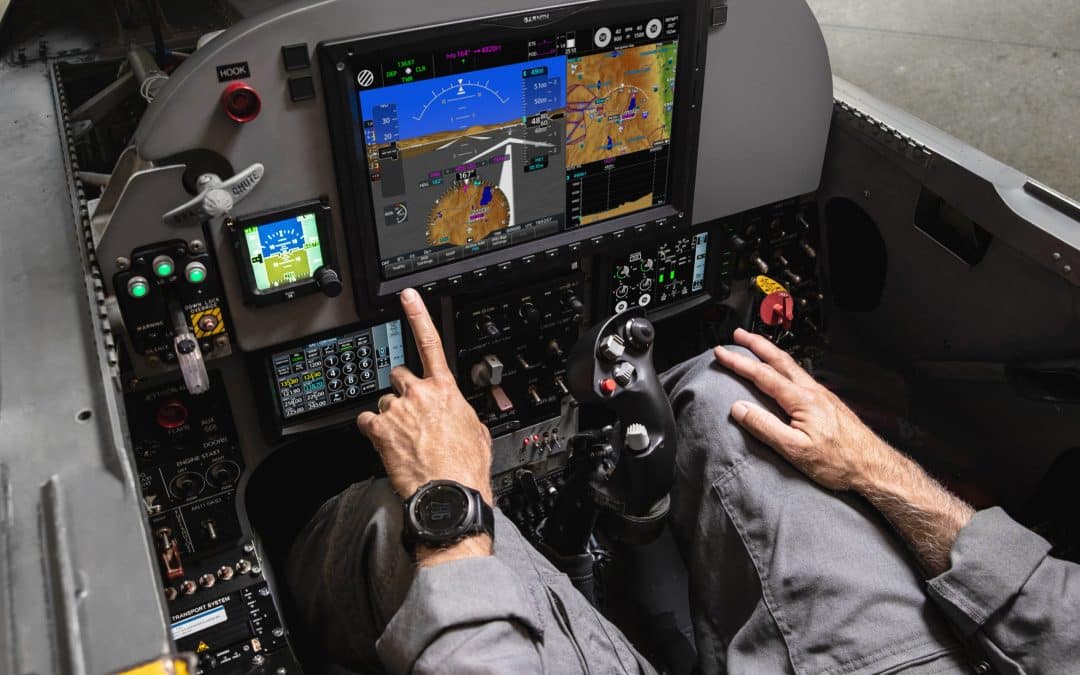 This upgrade comes as part of a $265.3 million contract the DOD awarded TAS in July under the ARTEMIS program. ARTEMIS stands for Avionics Reconfiguration and Tactical Enhancement/Modernization for Inventory Standardization. It tasks TAS with upgrading the U.S. Navy/Marine Corps fleet of F-5 Tiger II Adversary aircraft, including 16 F-5E and six F-5F Tiger II aircraft, among others.

In a statement, Carl Wolf, Garmin’s vice president of aviation sales and marketing, said having the G3000 selected for the ARTEMIS contract was an “honor,” especially since the OEM also announced recently it had deployed its integrated flight deck technologies now on more than 25,000 aircraft.

The upgraded F-5 will economically evolve these aircraft into an advanced tactical fleet with sensor and system capabilities similar to current fighter aircraft. [Courtesy: Garmin]

Meanwhile, Tactical Air CEO Rolland “RC” Thompson said, “the Garmin integrated flight deck gave us an outstanding commercial-off-the-shelf solution to the Navy, and Marine Corps’ recently purchased fleet of F-5 aircraft to make them an even more capable adversary fighter for our aviators to train against.”

Here’s What F-5 Pilots Can Expect

When the G3000s are integrated into the F-5 Tigers, they will be configured with one large area display and two touchscreen controllers. Pilots will then use the aircraft in an aggressor training role. Implementing the new avionics into the fighter jets should not be difficult because of Garmin’s commercial-off-the-shelf open architecture for the G3000.

The bezel keys, GTCs and L3 ForceX mission system serve as the pilot interface to the flight display, and the touchscreen controllers incorporate infrared technology so pilots can use gloves in the cockpit. [Courtesy: Garmin]

Like many of Garmin’s other commercial avionic products, the G3000 integrates with a wide range of mission equipment, including military sensors, helmet-mounted displays, and advanced electrically scanned radar systems.

The G3000s would offer pilots great situational awareness through features like its Terrain Awareness and Warning System (TAWS), Traffic Collision Avoidance System (TCAS), and Automatic Dependent Surveillance-Broadcast (ADS-B IN) traffic. For nighttime, the G3000 is compatible with night vision goggles and even has synthetic vision technology for low-visibility operations.