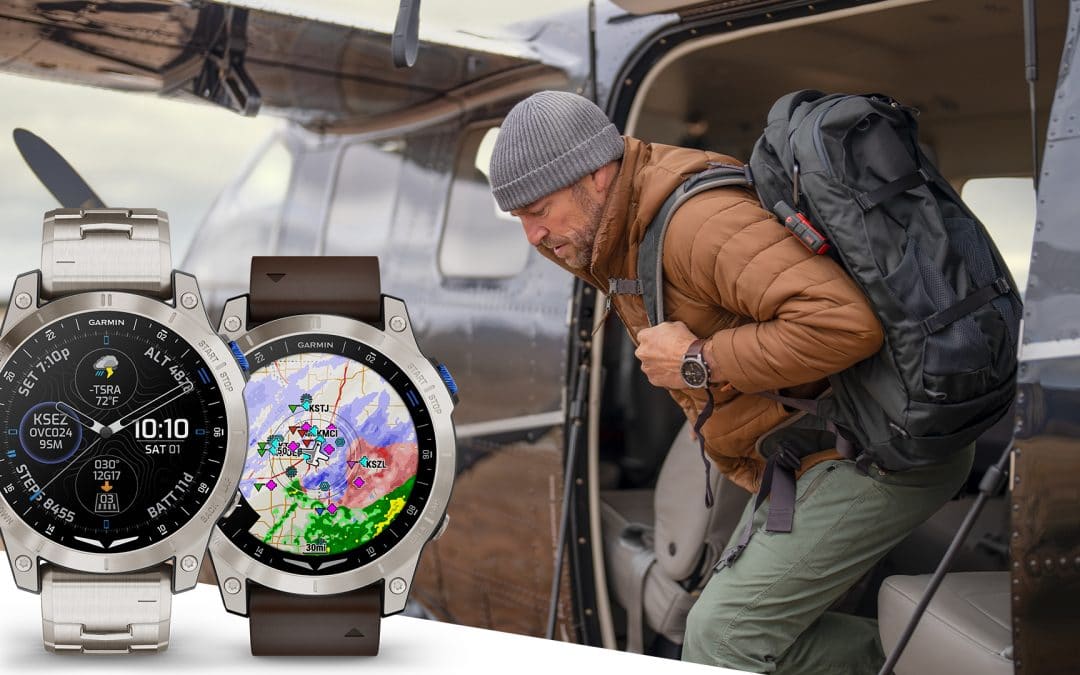 Garmin  (NYSE: GRMN) launched on Monday the D2 Mach 1, the latest model in its series of smartwatches designed for pilots. The new watch includes a touchscreen that can make switching among functions faster and easier than before.

The watch aids flight planning by tracking weather and receiving alerts about changing conditions. It aids navigation with a built-in moving map and an instrument-like HSI screen that shows the aircraft’s position relative to the desired course. The D2 Mach 1 also has a range of functions for monitoring the wearer’s health and tracking exercise and other activities, making it a useful electronic companion in the airplane and on the ground.

“Whether you’re climbing into the cockpit for a fun weekend flight, practicing or shooting instrument approaches to minimums, or flying professionally, the new D2 Mach 1 delivers the latest and most advanced aviation functionality and smartwatch capabilities right to your fingertips,” said Carl Wolf, Garmin’s vice president of aviation sales and marketing.

Like other Garmin smartwatches, the D2 Mach 1 can be used with either Apple or Android smartphones. Garmin says the watch battery lasts up to 11 days in regular smartwatch mode and up to 24 hours with continuous use of aviation functions like GPS and pulse ox monitoring. Longer battery life helps pilots avoid the distraction of worrying about their next charge.

Instead of calling your airport for an AWOS update from the car, you could simply toggle to the watch screen that shows winds, visibility, barometric pressure, and other weather information.

The D2 Mach 1 automatically tracks flights from takeoff to landing, and transfers date, flight time, route and other information to a  flyGarmin.com logbook. The watch can also receive flight plans from the Garmin Pilot app. It helps you plan arrivals by providing information about destination airports including radio frequencies, runway length and orientation, and traffic pattern altitude.

In emergency situations like a loss of engine power the D2 Mach 1 can display best glide speed and estimated glide distance—and a bearing pointer guides you to the nearest airport.

The D2 Mach 1 is available now and comes with a black silicone band plus a vented titanium bracelet for $1,299.99 or an oxford brown leather band for $1,199.99. Both styles include a trial subscription to the Garmin Pilot app.