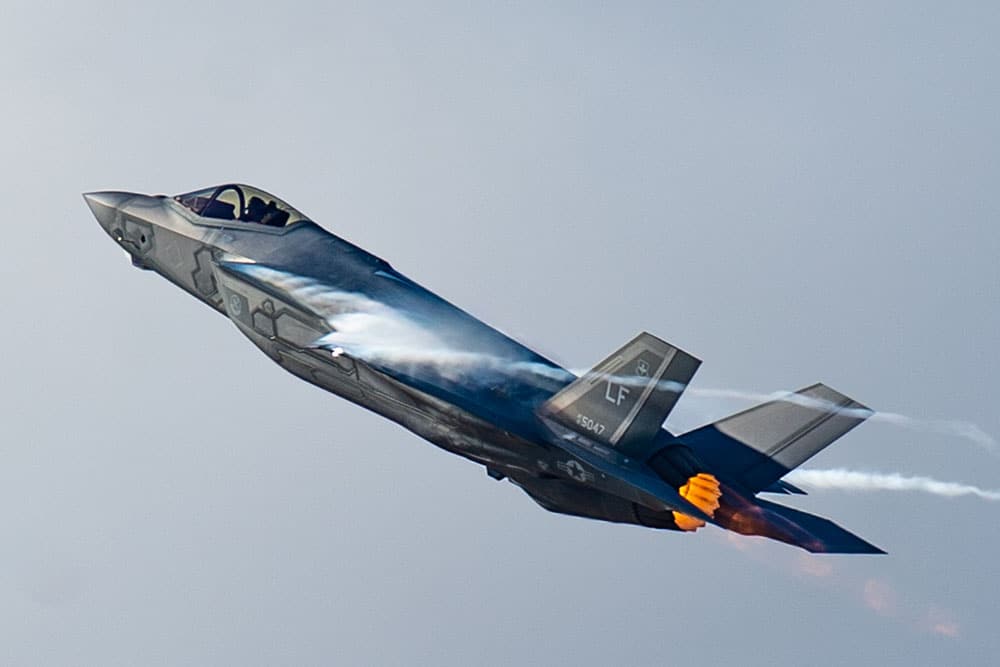 GE Aviation’s (NYSE: GE) XA100 adaptive cycle engine is ready to progress from prototype into development following testing with the U.S. Air Force, according to the manufacturer.

GE concluded testing of the XA100 at the Air Force’s Arnold Engineering Development Complex (AEDC) in Tennessee, readying the engine program to move forward into engineering and manufacturing development, the company announced Monday.

“The engine performance data we gathered at AEDC continued to show the XA100’s transformational capability, while also demonstrating a return on substantial Air Force and taxpayer investment,” David Tweedie, GE Edison Works’ vice president and general manager for advanced products, said in a statement. “We now stand ready to transition to an Engineering and Manufacturing Development program and bring this engine to the field with the F-35 before the end of this decade.”

Among the innovations of the XA100, according to GE, is that it provides a high-thrust mode for maximum power, as well as a high-efficiency mode for loiter time and fuel savings. It will also operate on any Air Force-approved sustainable aviation fuel, the company said.

“This is a flight-weight, highly product-relevant engine that would provide the F-35 with 30 percent more range, greater than 20 percent faster acceleration, and significant mission systems growth to harness the F-35’s full capabilities for Block 4 upgrades, and beyond,” Tweedie added.

Defense officials are expected to make a final decision on the engine replacement by fiscal year 2024. That is, if in fact they pick one at all. Officials could sidestep the costly AETP option and instead choose the cheaper option of upgrading the fighter’s Pratt & Whitney F135-PW-100 turbofan engine for more conservative gains in range and thrust.

The U.S. military’s advantage in jet propulsion is “essentially stagnating” without a new replacement engine for the F-35, a top official at the Air Force propulsion directorate said earlier this summer.

“The perception I think that’s out there is that we’re maintaining, if not advancing, our military advantage in propulsion. And that’s always been because we’ve always had the world’s greatest advantage in propulsion,” John Sneden, director of the U.S. Air Force Life Cycle Management Center’s Propulsion Directorate, said, according to a Breaking Defense report last month. “But the reality is that our lead is starting to—we’re essentially stagnating, and we’re starting to lose.”

F-35 engine sustainment has become a critical issue for the Air Force in recent years. Last year, the service told Congress that about 15 percent of its fleet of 272 F-35A fighters were without engines, due to maintenance delays, Air Force Magazine reported.