Getting Bismarck Memorial Airport Back on the Map 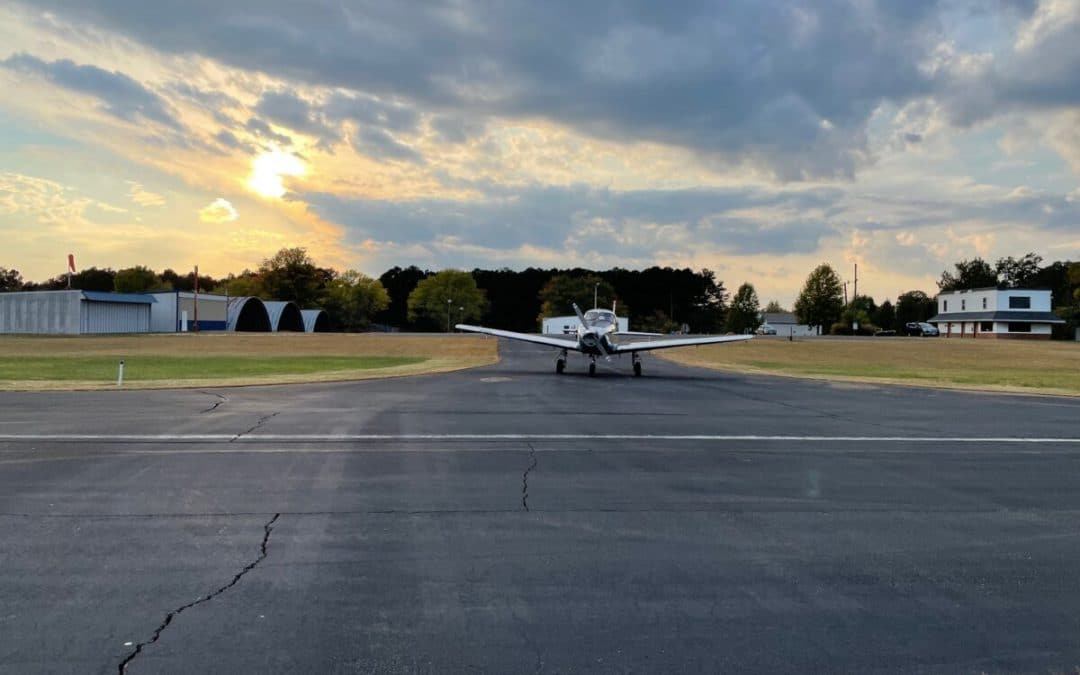 Justin Kitchell grew up with his eyes turned skyward around the municipal airport that is in his small Missouri hometown. As fortune would have it, he would wind up having the opportunity to become the manager of Bismarck Memorial Airport (H57) decades later.

“As a kid, I would go up to where there was a playground at the community center. I remember going there for birthday parties and seeing some of the old taildraggers and all of that stuff that would be flying out of the airport. I remember standing there on the fence and watching them do turns in the pattern all day long; it was great!” Kitchell recalled.

“Now fast forward to a couple of years ago and I finally decided to get my pilot’s license. So after starting flight training (as part of a flying club at a nearby airport), I really got to thinking. If I was going to buy an airplane, I sure would like to be able to house it close by. Well then, I got to checking into it and talking to some pilots who have hangars at Bismarck. They had been doing the best that they could to upkeep the airport over the past few years”

Kitchell saw an opportunity for the airport to reach its true potential and stay at that level. He thought he could be a driving force in those efforts, he explained.

“The city realistically didn’t have much interest in keeping the airport going for only a few pilots that were based there. As I started flying in and getting to better know the pilots based there, I approached the city. I asked what it would take for me to lease the airport and become its manager. At that time, they were actually thinking about closing it down. You know, there are so many of these small general aviation airports closing across the country, and you just don’t want to see that happen to your town’s. By becoming the Bismarck Memorial’s manager, I could upgrade the airport and keep it going.”

Timing wasn’t appropriate in 2021 when Kitchell first approached the leadership of his city. So, he put his idea on the backburner, in hopes that winds of fortune would later turn in his favor. Only a year later, the opportunity presented itself for Kitchell to re-pitch his third-party airport management concept.

“Fast forward to a few months ago, they had elections, and the new mayor is really into revitalizing the town, bringing in more businesses, and making everything better. I talked with him about leasing the airport. With me being a pilot, I said that I’d keep it clean and work towards upgrading the facilities there. And the discussion actually came at a perfect time because, I don’t know if you’ve heard, but Festus Airport [KFES, 28 nm northeast of H57] is closing. So, it made a lot of sense for me to jump on the opportunity at Bismarck Memorial and give back to the community by keeping the town’s airport going.”

In mid-September 2022, Kitchell assumed the lease from the city on a five-year, renewable basis. “The city actually keeps control of the airport, as far as ownership, and then they just step away, allowing me to maintain and improve it,” he explained.

“So I started a company, it’s called Crosswind Aviation Services, that’s basically a property management company to take care of all the hangars, the maintenance, the renovation work, and all the money coming in and coming out. The city doesn’t have to do anything with the airport, but to retain ownership of the property. This can actually work well for you [the lessee] because if it becomes a privately-owned airport, it’s a lot harder to get any kind of federal or state money to improve the airport’s facilities.”

Having just started his lease, Kitchell already has some big plans for the airport. Although some of these planned improvements are longer term in nature, he has already begun working in earnest towards improving the airport. Prior to outlining some of his goals, he elaborated on the current state of Bismarck Memorial.

“It is an absolute general aviation, small-town airport. Right now, I have two enclosed hangars, which house just one airplane apiece. And then I have three Quonset huts, which house two airplanes apiece. They are basically shade ports with tiedown spots in them with an asphalt strip inside. The airport has actually been sitting pretty much empty for the past 10 years. Nothing has been done to the main office building or the FBO in that period, so I came into stacks of magazines from the 1990s and early 2000s. My wife and my two kids have been helping me out by cleaning when they can, so we can see where we are before starting renovation work,” he said.

“Years, years, and years ago, the field had fuel and doesn’t right now,” Kitchell said. “But we are currently working with a few fuel suppliers to hopefully get fuel back on the field. And then as far as lighting, it has non-standard runway lighting right now, that’s on from dusk ‘til dawn. We also have a beacon, but that poor old beacon is only half lit, only the green light works—instead of the white and the green. Like I said, it’s your typical airport that hasn’t been touched in 10 or 12 years and only about half the stuff works. So I definitely have my work cut out for me, as far as trying to get it back up to snuff.”

The airport Kitchell learned to fly at is important in his new venture. Festus Memorial Airport, while a large loss for the general aviation community in the greater St. Louis area, serves as a good asset pool. Kitchell states that he’s planning to acquire several items from there to improve Bismark, such as pilot-controlled lighting controllers and a Unicom radio, among other things.

“Right now, Bismarck’s current runway sits at 2,050 feet. We would really like to get it up closer to 2,500 or 2,600 feet. We have the space to do that, and a lot of the dirt work has already been done, as there are overrun areas on the north and south end of the runway. I think one is almost 400 feet and the other is around 300 feet. By extending the runway, that makes people a little more comfortable flying in, instead of when it’s shorter. So, we’re looking for that, are going to remodel the FBO, and would eventually like to get all new runway lighting and add better tiedown points for visitors to make it a much better general aviation airport. Maybe eventually even widen the runway, add new taxiways, and then eventually, if I can get the business coming in, build additional hangars and house more airplanes onsite. That’s the ultimate dream—it’s not for me or my company, it’s more or less let’s get Bismarck Memorial Airport back on the map. Back to where it was during its heyday, where everybody and their brother wants to fly in.”

Kitchell reports that the City of Bismarck is excited about the partnership that was forged. All parties involved envision benefitting from the airport’s revitalization.

“The camaraderie of the aviation community is fantastic and when you have something that hasn’t been used much in 10 years, it’s kind of upsetting. So you want to get it back up to snuff and then having those fly-ins, those festivals, and that kind of stuff. We intend to start doing those things again, probably starting spring next year, once we get the grounds cleaned up. We are going to try and do two or three fly-ins and festivals a year. The city is excited about us taking this airport over and trying to revitalize it. They are really interested in doing festivals together, that way we can hold a fly-in at the same time they have an event. We just want to see the airport get used more. Right now, there are probably 2,000 enplanements a year here, people coming in and landing, but I’m hoping to get at least 20 to 30 percent more in the next year.”

The post Getting Bismarck Memorial Airport Back on the Map appeared first on FLYING Magazine.