Getting Reacquainted With Taildraggers Is Time Well Spent 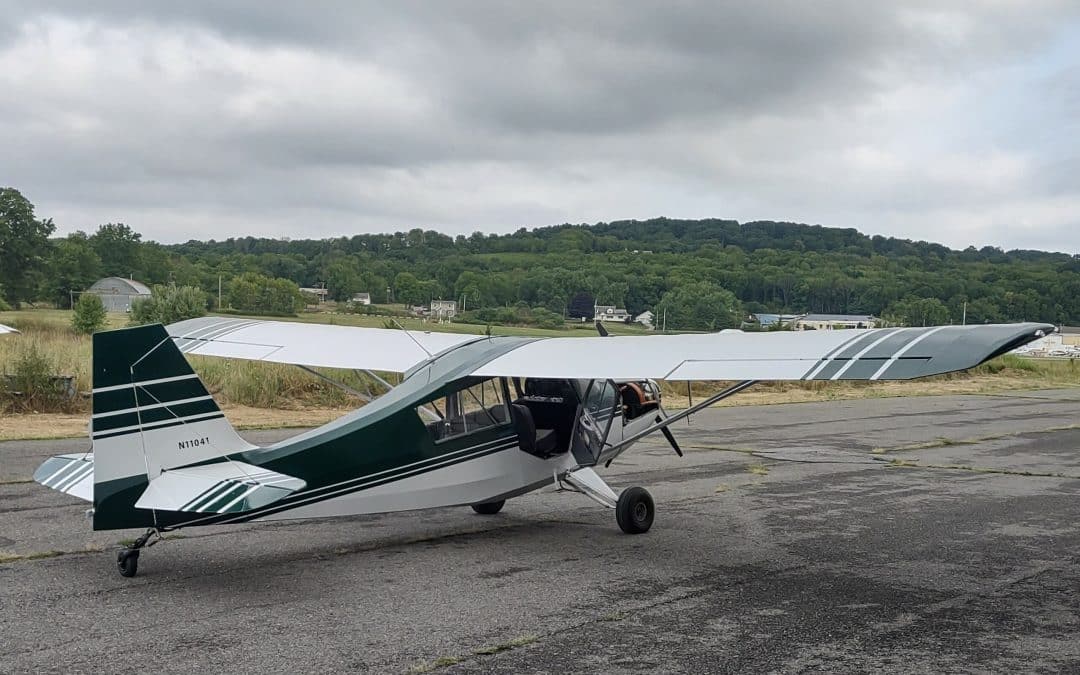 I learned how to fly in a Bellanca 7KCAB Citabria, so there is a special place in my heart for taildraggers. However, after a fellow flying club member wrecked that airplane, years passed, and my tailwheel skills faded to the point where I was essentially a beginner again.

My club found another Citabria a couple of years ago, but by then I was working on complex and high-performance endorsements, so it was easy to put tailwheel proficiency on the back burner. Last week, though, after spotting the green-and-white 7ECA in the back corner of the hangar, looking lonely, I finally asked my instructor for a tailwheel refresher.

On Sunday morning we rolled the rag-and-tube machine onto the tarmac, completed preflight checks, and were ready to taxi. Taxiing a taildragger is not just a leisurely drive to the runway, however. And my heart sank when I realized that this Citabria had heel brakes instead of the more familiar toe type. Still, we got past the runup and onto the runway without too much  meandering.

A crosswind greeted us, naturally, and with full power the airplane wanted to wander. I was trying to anticipate whether built-in forces like gyroscopic precession and p-factor would cause the airplane to veer left—or if the crosswind from the right would weathervane us the opposite way, into the wind. But that didn’t matter. The Citabria’s nose seemed to seek any heading as long as it was away from the centerline.

More speed, forward on the stick, rolling fast on the mains, a little squirrely—and soon we were flying. The takeoff run seemed long with too much zigzagging, but all was well once we became airborne. I quickly recalled why flying small, simple airplanes, especially those with tandem seating, was so appealing. Lush forests and fields of rural northern New Jersey looked spectacular from the Citabria’s bright, airy greenhouse as we climbed, slowly, behind the 100 hp Lycoming.

Once at altitude we practiced s-turns, steep turns, slow flight (more like slower flight) and stalls. With no GPS on board and no desire to chase VOR signals, I navigated using pure pilotage, which was a pleasant flashback to my student days. We practiced approaches and landings on grass and asphalt at nearby airports before returning to home base at Sussex, New Jersey (KFWN).

By the time the field came into view, the Citabria’s slow pace and drafty cabin felt pleasantly adequate. As we touched down, even the heel brakes seemed like an annoyance I could easily live with and even learn to like. Best of all, my overall confidence as a pilot had grown a bit, instead of being shattered.

I strongly believe that learning to fly tailwheel aircraft is a worthwhile step in any pilot’s training progression—the earlier, the better. There simply is more to do in a taildragger–-a greater demand for attention and precision–-so the experience naturally makes you a better pilot. But those skills decay quickly, so be prepared to maintain them.

I am looking forward to another tailwheel stint this weekend, and more as I try to get fully back into the swing. Within a few weeks, I hope, dancing on the rudder pedals will be less daunting than dancing at my eighth-grade prom.

The post Getting Reacquainted With Taildraggers Is Time Well Spent appeared first on FLYING Magazine.