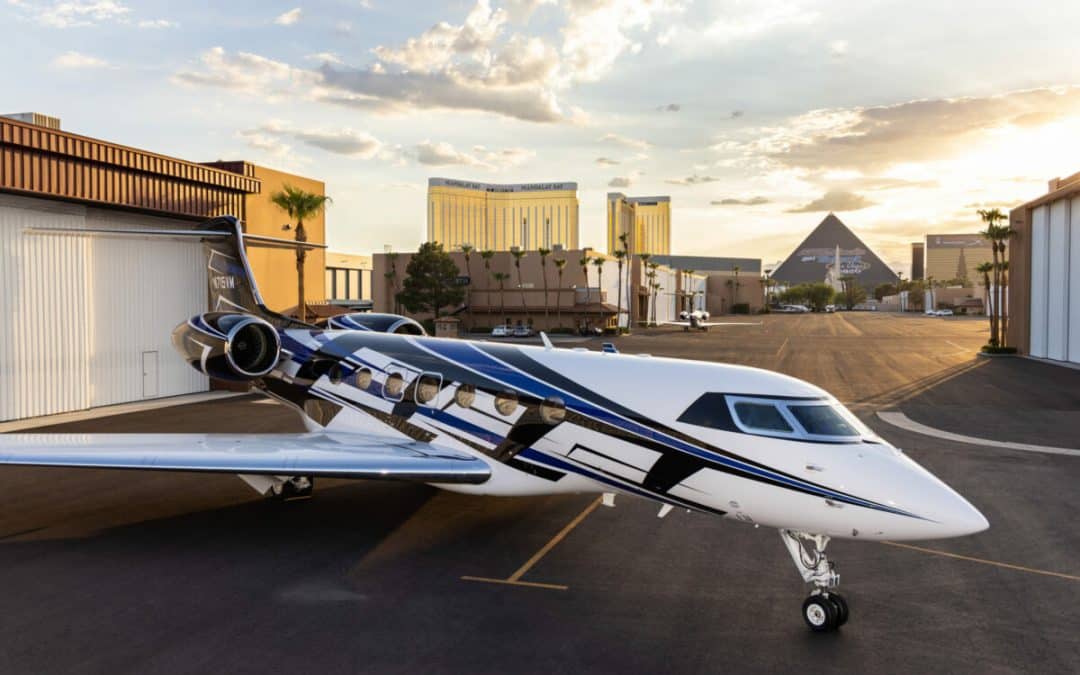 The G600, which has a range of 6,600 nm at a speed of Mach 0.85, also features a customizable cabin interior. The aircraft is also known for its next-generation Symmetry Flight Deck with active control sidesticks and touch-screen technology.

“The addition of the Gulfstream G600 to our fleet builds on our legacy of unparalleled luxury, safety, and elevated experiences,” Vitali Lapko, co-founder of Thrive Aviation, said in a statement.

Gulfstream announced earlier this year it would begin outfitting G600 interiors at its Dallas, Texas, facility.

The private aircraft manufacturer has since expanded its operations in Texas, and opened its newest Gulfstream Customer Support service center at Fort Worth Alliance Airport (KAFW) last month. Gulfstream invested more than $55 million in the 162,000-square-foot MRO facility at KAFW, building hangars and shop space, support areas, and employee and customer offices, it said in a statement. Additionally, there will be room for nine Gulfstream G650ER aircraft in the hangar space and six on the ramp.

During the recent National Business Aviation Association’s Business Aviation Convention and Exhibition (NBAA-BACE) in Orlando, Gulfstream also announced that it has begun the development of a new component/repair/overhaul facility based at the Dallas-Fort Worth International Airport (KDFW).

The maintenance base at DFW will provide service associated with structures, landing gear, wheels, brakes—the high-demand replacement items requiring regular attention on Gulfstream’s fleet of large cabin and long-range jets. The facility is scheduled to open late in the first half of 2023.