Have You Checked the NOTAMs Today? 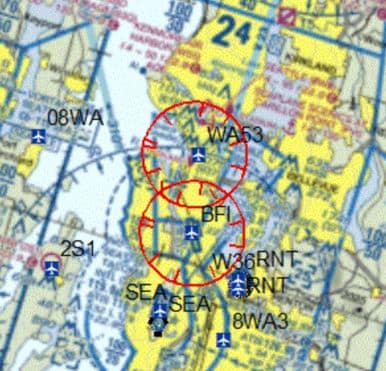 “Someone just landed on the closed runway.”

Imagine the surprise of the crew repainting the runway numbers when they saw a Cessna 172 with two people on board coming in for a landing. There were traffic cones blocking the approach end of the runway. There was an X made with tarps, signifying a closed runway in place, yet the aircraft kept coming. The work crew scrambled out of the way, some wondering if the 172 was experiencing an emergency—but when the aircraft performed a touch and go, the situation became clear—the pilot had not checked the NOTAMs and therefore wasn’t aware that the runway was closed for repainting that day, although you would think the big X, the presence of the traffic cones, and work crew with long handled brushes and 10-gallon buckets of paint would have been a clue.

The tail number of the aircraft was traced back to a local flight school and a particular instructor, who replied, “It is the student’s responsibility to check the NOTAMs.”

“Did You Check the NOTAMs?”

How many times have you heard this question as a pilot? NOTAMs, also known as Notices To Air Missions are, per the FAA, notices containing information not known sufficiently in advance to publicize by other means concerning the establishment, condition, or change in any component, be it a facility, service, or procedure of, or hazard in the national airspace system, and the timely knowledge of which is essential to personnel concerned with flight operations.

The airlines cannot fly without access to NOTAMs—this was demonstrated when the computer system crashed and the FAA called a ground stop until the NOTAMs computer system could be reactivated.

NOTAMs impact all pilots. FAR 91.103 states “Each pilot in command shall, before beginning a flight, become familiar with all available information concerning that flight.” Much of that information comes from NOTAMs. NOTAMs come in various forms, and cover various aspects of aviation.

Why We Have NOTAMs

NOTAMs are used to notify pilots of potential hazards at local airports; for example, a taxiway may be closed to aircraft with a certain wingspan, approach lights may be out or they may warn pilots about aerial obstructions, such as an unlit tower close to the airport.

NOTAMS come in many forms, some cover international travel, others domestic. Some address military operations, others, civilian ops. Some NOTAMS are advisory, others are mandatory directives that must be followed.

Usually the airport manager is the person who calls the FAA to create the NOTAM as specific language must be used. For example, if there is a disabled aircraft on the runway, the NOTAM might state “runway closed” as opposed to “airport closed,” which would render the entire facility off limits.

A NOTAM D covers information beyond the area of responsibility of the Flight Service Station, such as a navigational aid being down for maintenance. They used to be referred to as D for distance because of this, but now NOTAM (D) also includes local information, such as the location of unlighted towers, taxiway and runway closures, etc.

The NOTAM (D) also includes two subtypes: the (U) NOTAMs and (O) NOTAMs.

(U) NOTAMs are NOTAMs unverified, as they have been received from a source other than airport management, and have not yet been confirmed by management personnel. These (U) NOTAMS are only allowed only at those airports where airport management has authorized it by Letter of Agreement. An example of this might be “disabled aircraft on taxiway A-7.”

(O) NOTAMs contain aeronautical information which does not meet NOTAM criteria but may be beneficial to aircraft operations. An example might be a NOTAM warning pilots about smoke in the area from a structure fire that is on the approach to the airport.

Flight Data Center (FDC) NOTAMs are NOTAMs that are regulatory in nature such as changes to an instrument approach procedure or airway. Temporary flight restrictions (TFRs) are also issued as FDC NOTAMs.

Center Area NOTAMs are FDC NOTAMs issued for a condition that is not limited to one airport and as such it is filed under the air route traffic control center (ARTCC) that controls the airspace involved. An example of a Center Area NOTAM would be a TFR over the Olympic Games or the Super Bowl.

Domestic NOTAMs that are primarily distributed within the United States although they may also be available in Canada. Domestic NOTAMs are coded in a domestic format rather than International Civil Aviation Organization (ICAO) format.

Military NOTAMs contain information on military airports and military airspace. A Civil (short for Civilian) is any NOTAM that is not part of the military system.

International NOTAMs are not included in a standard weather briefing unless specifically requested.

Two NOTAMs always issued in ICAO format are the Class I and Class II NOTAMs. Class I NOTAMs are distributed by means of telecommunication.

Class II NOTAMs (ICAO) or Published NOTAMs are distributed by means other than telecommunications. In the United States these NOTAMs are published in the Notices To Airmen Publication (NTAP) which is issued every 28 days.

To check the NOTAMs for the airports you will be utilizing, go to https://notams.aim.faa.gov/notamSearch/disclaimer.html and type in the appropriate airport identifier.

The post Have You Checked the NOTAMs Today? appeared first on FLYING Magazine.