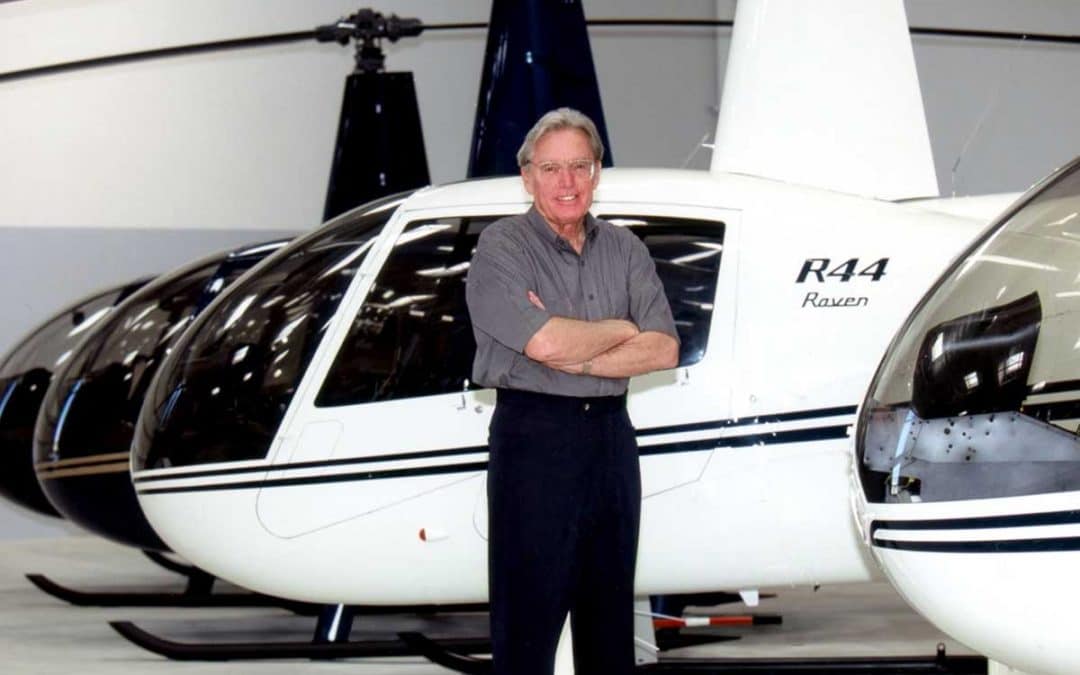 Frank Robinson, the engineer and rotorcraft pilot who founded Robinson Helicopter Company and created the R22, R44, and R66, has hovered into the sunset. Robinson, 92, passed away peacefully at his home in Rolling Hills, California, on November 12, after a long illness.

The company announced the pioneer’s death in a statement released on Sunday.

Robinson retired in 2010, passing the reins to his son, Kurt Robinson, under whose leadership the company has grown to deliver more than 13,000 light rotorcraft globally.

As a young man, Robinson was fascinated by the Sikorsky VS-300 he first saw in a newspaper article in the Seattle Post-Intelligencer at the age of 9. From there, he pursued education as an engineer, obtaining his B.S. in mechanical engineering from the University of Washington, and he later attended Wichita State University in Kansas as a graduate student in aeronautical engineering.

He left the last of his positions as an engineer for other manufacturers in 1973 (including Cessna Aircraft Company, Bell Helicopter, and Hughes Helicopter) to develop a personal rotorcraft that could be operated at a reasonable cost.

The result? The single-engine piston Robinson R22, soon followed by the piston-powered R44, and the turbine-powered R66.

Robinson contributed a great deal not only to the design of personal rotorcraft, but also to their safe operation. Leaders from the industry noted his considerable efforts in recognizing the milestone.

“Our industry lost a giant over the weekend,” said James Viola, president and CEO of Helicopter Association International. “We extend our deepest condolences to the Robinsons and to all the men and women who are part of the Robinson Helicopter Company family. We share your grief in the loss of a man so many admired. I’m happy and proud to say that I had the pleasure of first meeting Frank in 2006 at a Robinson pilot safety course. I benefited from his perspective then and in later years.

“As a proud owner of a Robinson R44, I am an example of the general aviation owner that Frank sought to serve, and I am grateful for his efforts to make rotorcraft flight accessible to the public,” added Viola. “By focusing on the private market, he cemented his place as a pioneer in our industry.”

Among Robinson’s most notable achievements include these milestones released in a list by the company:

2011  Inducted into the U.S. National Academy of Engineering