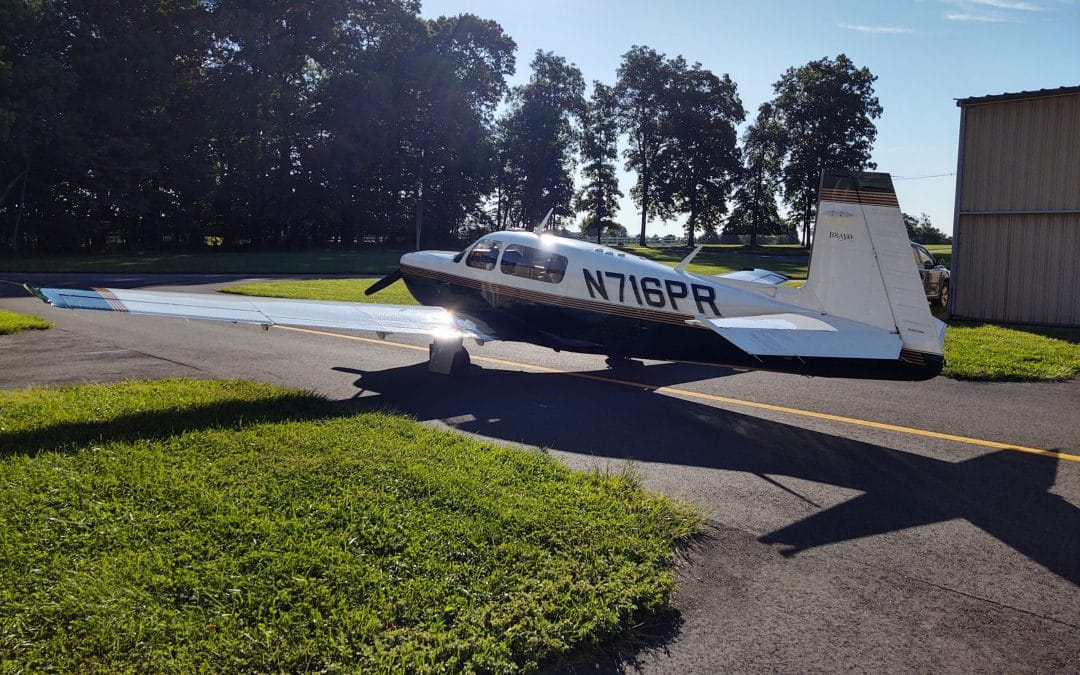 “On behalf of all the pilot-owners of Sky Manor Airport, welcome to the ‘Best Little Airport in the East.’”

This introduction can be seen on the website for the legacy 1940s airport in Pittstown, New Jersey (N40), which sits roughly an hour from both New York City and Philadelphia.

From its humble beginnings as a grass airstrip, the small community’s airport has retained its quiet and idyllic identity over the years. Yet, it also has at the same time served as an extremely important asset in its home state’s and region’s aviation infrastructure.

Today’s N40 is home to around 110 fixed-wing single- and multiengine airplanes, helicopters, and ultralights, with almost 23,000 aircraft operations conducted there each year.

While the airport’s continued operations and ongoing operations are healthy now, a little more than a decade ago, its future was up in the air.

Paul Ruo, an instrument-rated private pilot who has flown from Sky Manor since 2000, recalls the uncertainty that existed then.

“Back in 2008 the airport was being held in a bank receivership as the previous owner had defaulted on his notes,” Ruo said. “As a result, the airport was in big trouble. Lots of people were looking to buy the airport, including real estate developers.”

The potential for their home airport to become a housing or another development didn’t sit well with Sky Manor’s pilots. So, they took matters into their own hands.

“About twenty or so pilots decided that they wanted to buy in. So, we sat down and had a meeting about the airport. Right there [at that night’s meeting], everyone laid a significant check on the table and signed an NDA before leaving.

Ruo and 39 of his friends have accomplished quite a lot since taking over.

“From the first group of twenty owners, we now have doubled in size to 40 owners,” he said. “No new memberships are planned to be offered. By 2018, we had paid off the note. We are now building a security fund, and once that is complete, we hope to begin paying out dividends to our owners.

READ MORE: Six Airports That Go Beyond the $100 Hamburger

“People owning shares in our airport get a hangar with a 99-year renewable lease.”

Aside from having a nearly perpetual place to keep their aircraft, Ruo advises that this ownership structure has other tangential benefits.

This allows the person who owns that share to take it to market, making the share readily sellable (to qualified investors). Ruo says the share value has nearly tripled over time.

This private ownership structure not only helps the common shareholders of the LLC to financially benefit from the airport’s continued success, but they and other pilots also benefit from better airport facilities.

“What makes Sky Manor Airport, and airports like us, unique is the fact that an airport operated as a privately owned, public-use airport is just so much more efficient, friendly, and usable than any municipal or government-owned airport out there,” Ruo said. “Not only do we, as a private ownership [group], own it, but we also pay taxes. This is good for the community and ensures that the airport is clean, with new, well-maintained facilities, taxiways, and runways.

“It is a win-win for everyone involved.”

Since the airport is a contributor to New Jersey taxes, they have the dual benefit of receiving state Department of Transportation grant money, on top of privately raised funds. These dual-source monies have positively impacted Sky Manor’s 2,900 ft by 50 ft lighted asphalt runway with a GPS/WAAS instrument approach, as well as other aspects of the airport. For instance:

The airport’s current owners are a good cross-section of its users. These members are integral in keeping interests aligned and tended to amongst pilots based there. Additionally, they are also important in ensuring that the community at large, including the flying and non-flying residents alike, appreciate the local airport and what it has to offer.

Ruo says that operating the airport in this conscious manner is good business sense.

“When neighbors look at the airport as an asset of the community that they are a part of,” he said. “We usually have one or two days a year where we invite members of the community out to give rides [et cetera].

Consequently, the spirit of airport and comradery there is as strong as ever.

“Sky Manor considers itself an integral part of the community,” Ruo said.  “In order to maintain that, we have hosted several first responder training sessions. These training sessions, which include fire, police, and rescue services of the adjacent towns, serves not only to inform and educate about the unique challenges in the response to aviation accidents, but also helps unite the community.