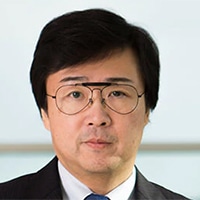 In a company announcement last week, Honda Aircraft Company president and CEO Michimasa Fujino shared with his colleagues that he will retire on April 1.

The engineer has dedicated his career to the development of the supporting technologies that would help power the HA-420 Hondajet, which has now surpassed 100,000 flight hours across a fleet of more than 200 aircraft in service—a unit milestone reached in late December.

Following the release of the General Aviation Manufacturers Association (GAMA) 2021 Shipment and Billings Report on Wednesday, Honda Aircraft Company said it had delivered 37 units of the Hondajet Elite during the year and claimed the model was “the most delivered aircraft in its class for the fifth consecutive year.” The total accounted for a reported $199.3 million in billings for the year.

Regarding the milestone flight hours and delivery announcement, Fujino said, “I am humbled and honored that the HondaJet continues to be selected by our owners and operators as we expand our global fleet.

“Being the best-selling aircraft in our class for five consecutive years is a reflection of the Honda Aircraft team’s commitment to offering our customers a product of the highest performance, quality, and our maturity as a leader in the aviation industry,” he said. “We will continue to bring new value to the industry and provide superior service and support to customers.”

GAMA does not provide class segment information in its report. Similar models include the Embraer Phenom 100EV, at 6 deliveries, and the Cessna Citation M2, at 34 units.

The post Honda Aircraft’s Fujino Will Retire After a Career in Pursuit of the Hondajet appeared first on FLYING Magazine.