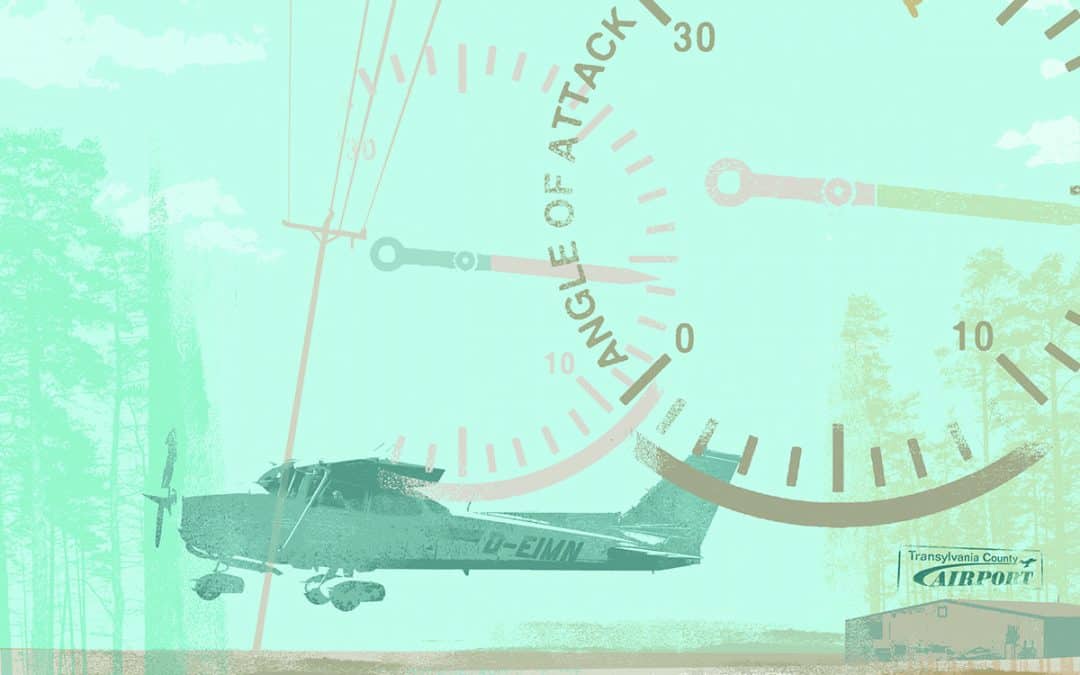 For a couple of reasons, we didn’t want to land at the main airport (KAVL) at Asheville, North Carolina.

First, we had looked ahead on airnav.com and saw that the fuel prices there for 100LL tacked at least an extra dollar per gallon onto what we could procure elsewhere in the area. Second, I had landed at Asheville before, and I always liked a new challenge. Third, well, I was not getting much love from the controller on Asheville Approach when I asked for VFR flight following through the area—cementing my idea of finding elsewhere to land.

I was flying a Nanchang CJ-6A on our way from Maryland to visit friends at Moontown Airport (3M5) near Huntsville, Alabama, and we needed the fuel stop to make up for the Chang’s relatively short legs. I’d picked my spot on the chart: Transylvania County Airport (it was 22W, but now it’s a private field, 3NR3). The name should have triggered me to proceed with a bit of caution. What transpired when I did make the approach certainly made me pause.

In reviewing the data for the airport, it looked well within my aircraft and pilot capabilities: 2,903 feet of good asphalt with several tall trees noted at both ends of the east/west runway. I flew into the valley in which the airport sat, and circled down to pattern altitude to enter downwind. All appeared normal—so I set up for a normal approach and landing.

However, the sight picture spooked me once I’d turned on to short final—those trees looked a lot more menacing than they appeared in the notes section of the airport entry. As I went around, I climbed back up, noting that the almost 3,000-foot strip was effectively less, owing to those copious trees. I set up for a short-field landing with airspeed control tightly on 80 kias, and landed without incident—other than my newly attuned senses. The Transylvania airport required landing right on the spot, lest you become a victim.

In his book, Teaching Flight, LeRoy Cook explains the purpose behind short-field technique—it’s not just about getting the airplane down and stopped in the minimum distance. “Short-field landings are merely precisely flown versions of a normal landing, designed to arrive on or just beyond a designated spot.” To make this happen, you set a target and establish a stabilized approach to it. “The approach is made with maximum drag and minimum airspeed,” Cook says, “keeping power available to control the glidepath.”

You’ve been doing this all along from your first days of flight training—but perhaps you weren’t aware of it. Only when you are required to land by a particular point on the runway does precision come into focus.

According to legendary instructor William K. Kershner, in the original version of The Student Pilot’s Flight Manual, the power-based approach is a general term, referring to the fact that you use power to manage the rate at which you descend, as opposed to using pitch to do so. This allows you to maintain a constant indicated airspeed.

“[The power approach technique] doesn’t say at what speed the approach is made, but only that power is used to control the glide path,” Kershner says in the manual. “There are two power approach speeds in which you will be particularly interested, however. These are the power approach at normal glide speed and the short-field approach with a speed of approximately 1.3 times that of the stall speed,” or 1.3 times VSO.

When making a short-field landing, use your tools, in particular, an angle of attack indicator. [Photo: Adobe Stock]

Backcountry instructors follow a similar approach: set the airspeed with a level flight attitude, and have throttle available in either direction to work with—in the event they encounter updrafts and/or downdrafts. For a stock Cessna 172, that speed may be 60 kias.

The pilot sets up a full-flap approach at that speed, and they lock it in well before reaching the point at which they would need to go around. For airstrips that are short but not necessarily in confined areas, you could make a go-around almost all the way down to the runway. In this case, set that target point to 500 feet agl, at which time you have the airspeed and throttle configured to give you plenty of margin.

This technique also puts in place a good mindset to carry with you permanently, not just for short-field approaches but for all of your attempts to land: Be prepared to go around rather than stay committed to a landing approach in which you are unstable. Unless you’re on fire, losing an engine, or out of fuel, there’s no reason to keep that commitment to make a landing out of any unstable approach.

An angle of attack (AOA) indicator—whether a standalone unit or combined within a primary flight display—used to be common only to pilots trained in the military. For those pilots, the AOA is life—and we can learn a lot from the application of this elegant tool in our flying, whether we are young pups in training or old dogs learning new tricks.

An AOA device calculates the instantaneous total lift that the wing generates at a given airspeed and bank angle, and the safety margin that the pilot has above the stalled condition. An AOA indicator typically gives either an aural or visual cue (or both) to keep you “in the green,” and away from a strident tone warning you of an impending lack of lift.

How would this help during a short-field landing? The basic power approach has you fly a given airspeed—that 1.3 times VSO we talked about earlier—but that airspeed can change with your bank angle and gust factors on final. An AOA takes those items into account, and by staying just in the green arc, you can perhaps fly a little slower and still preserve a safety margin—or know when your margin has been eroded by banking or wind shear.

Arlynn McMahon weaves instruction into every day of the Adventure Vacations she plans for her private and instrument students. In her book, The Flight Instructor’s Survival Guide, she outlines why the journeys make the techniques stick, as she discusses the preparation for an Alaska trip launched from the Midwest.

“During preflight planning meetings, students would preview the route, discussing weather trends and terrain unique to the area,” says McMahon in the guide. “Small groups divided into teams for assignments. One team was in charge of controlling weight-and-balance while another would arrange ground transfers or supervise refueling at airports en route. Planning meetings were high-energy, stimulating learning experiences where students learned to gather information and make decisions. Our pilots-to-be were not spectators.”

Having a tangible goal, a real airport that you target for your short-field landing skills, makes it real—and really a lot more fun. So pick a destination airport, practice your skills, and fly there with confidence.