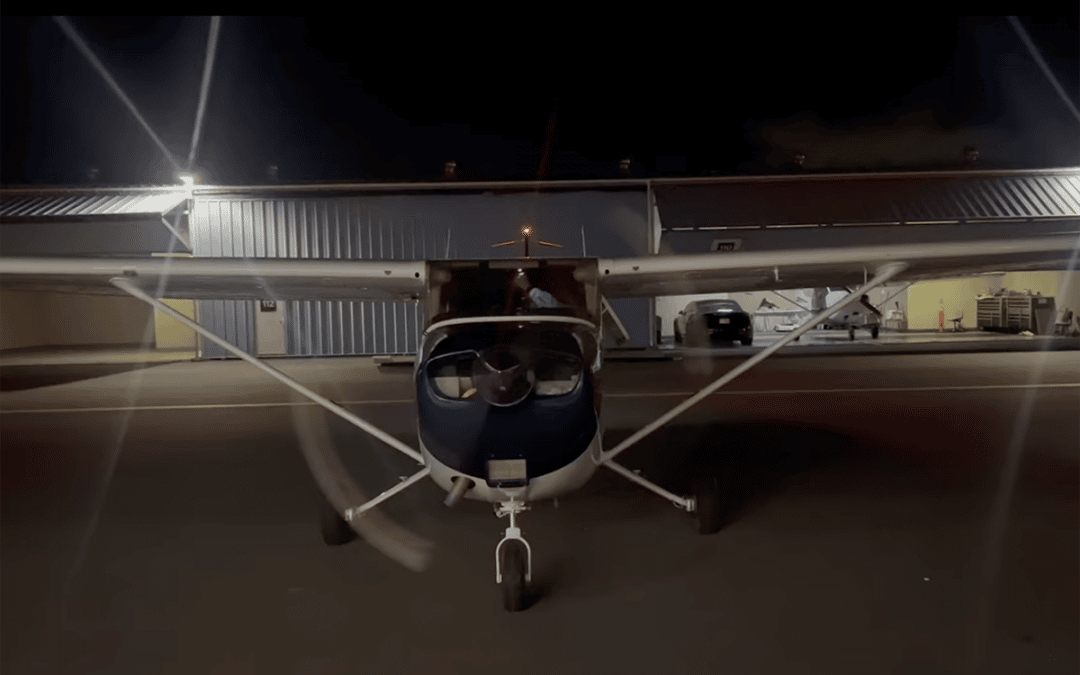 Anyone who has spent years flying a Cessna 172—or just about any other basic small piston-powered aircraft has probably spent time thinking about what it would be like to travel thousands of miles in such an airplane—nonstop.

Lopes has been a ferry pilot since 1988 and has flown small planes similar distances on many occasions. This time he was delivering a new Cessna 172 G1000 NXi Skyhawk, N490NW, to George Hanzawa, who runs George’s Aviation, a flight school and aviation services company. Such ferry flights are fairly common.

Hanzawa told FLYING on Thursday that they waited months for favorable winds before Lopes made the flight to Hawaii. “We knew the plane could make the trip. It was never a guess,” he says. “But there was no way we could carry enough fuel to buck headwinds. It was a long time before the weather started to agree with us.”

He said he was surprised to find that so many people had become interested in the flight through social media. “I couldn’t understand it at first because we have made flights like this before. Why was it going viral now?”

Hanzawa said he heard that someone spotted the Cessna’s planned flight path on the ADS-B tracking app Flight Aware and they didn’t believe it was possible for the airplane to fly that far nonstop. Word got around, and soon hundreds of people were following the Cessna’s progress, wondering when it might run out of fuel and splash into the ocean. “They didn’t realize that we had souped it up,” Hanzawa said.

“With the ferry tank, we had roughly 210 gallons of fuel,” he said. “We calculated that we would have about 22 gallons to spare, but we landed with about 25 gallons.”

The aircraft began the cruise portion of the flight at the flight-plan filed altitude of 6,000 feet, according to Flight Aware. However, Lopes eventually climbed as high as 10,000 feet to take advantage of a tailwind that Hanzawa found in the weather forecast.

“Tom didn’t have access to online wind information, but he could receive the texts I was sending,” Hanzawa said. “That’s how I let him know about the tailwind. We wound up getting an extra 5 knots of ground speed at 10,000 feet.” For most of the trip, cruising speeds were roughly between 113 and 130 knots.

After landing, Hanzawa proclaimed the mission accomplished with a post on Facebook. “Well our brand new G1000 NXi Cessna 172 made the 18 hour and 5 minute flight from Merced, California, to Honolulu (nonstop), of course. Pilot Tom Lopes did it again.”

Lopes–who couldn’t speak with FLYING because he was already preparing for his next flight—will be ferrying a Cessna 208 Caravan  across the Pacific to Thailand. His wife, Dee Lopes, who works with her husband at their company, TDL Aero Enterprises/Gateway Air Center, told FLYING that he’s planning to embark on his next odyssey on Friday.

The post How Far Would You Fly a Cessna 172? appeared first on FLYING Magazine.