IFR vs VFR: What’s the Difference? 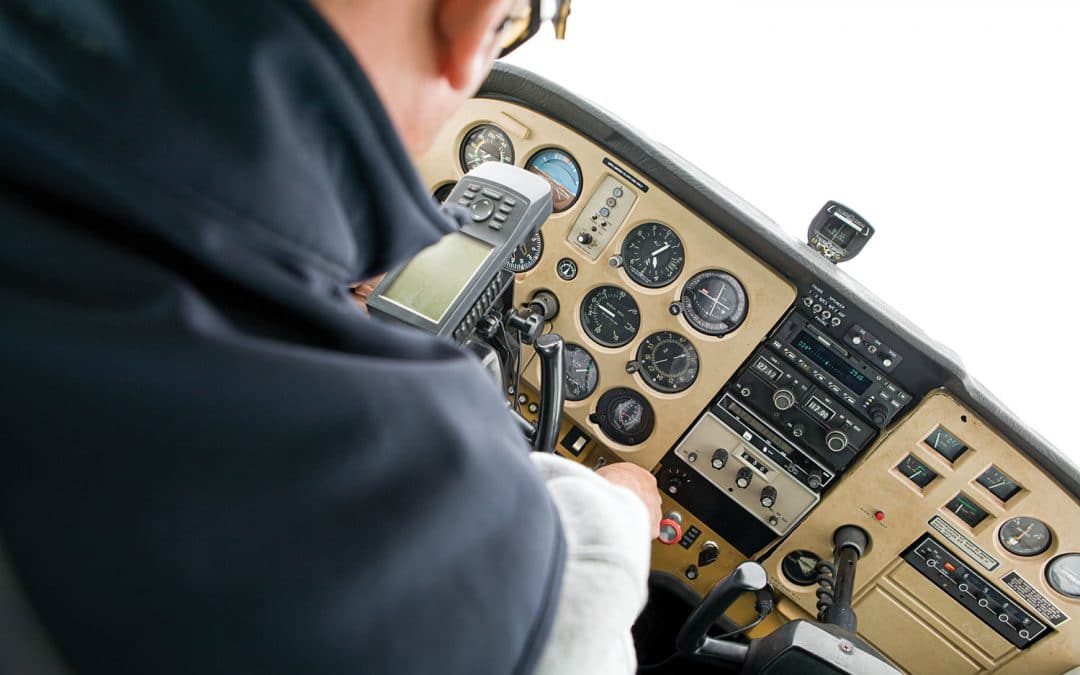 Aviation is filled with acronyms. Two of the first pilots are required to learn are IFR and VFR. IFR stands for instrument flight rules. VFR is visual flight rules. So what’s the difference? Let’s break it down.

Visual flight rules (VFR), created by the Federal Aviation Administration (FAA), govern how to pilot fly by using visual references outside the cockpit. To fly in VFR conditions, the pilot needs to be able to see the horizon, the ground, and to stay out of the clouds. There are specific cloud clearances and visual distances that must be maintained in VFR.

In clear weather conditions, referred to as visual meteorological conditions (VMC), pilots are easily able to maintain VFR because they can see their surroundings. Every certificated pilot is taught how to fly using VFR, but it does come with certain restrictions. For example, VFR conditions cannot be less than 3 miles of visibility and the ceiling—that is the lowest level of clouds—cannot be less than 1,000 feet above ground level.

Instrument flight rules (IFR) are used when the weather is below that of VFR. To legally fly under IFR, the pilot needs to hold an instrument rating and be on an IFR flight plan. Additionally, the aircraft must be equipped for IFR flight. In addition to the equipment required for VFR flight, the aircraft must have the equipment listed in CFR 91.207 Recalled with the acronym GRAB CARDD for generator or alternator for electricity, rate of turn indicator, sensitive altimeter, ball (turn coordinator), clock hardwired into the aircraft, attitude indicator, radios appropriate to the flight, directional gyro, and DME if used above 24,000 feet.

Additionally, pilots must hold an IFR certificate and be on an IFR flight plan and have an IFR clearance when flying in Class A airspace (anywhere at or above 18,000 feet).

Flying VFR requires planning your own route and altitude. GPS devices, whether in the panel or on a tablet, make VFR navigating much easier. [File photo: Jon Whittle]

When it comes to flight rules, weather conditions are split into four different categories: VFR, MVFR, IFR, and LIFR. When you look at an aviation weather product, such as 1800WXBRIEF, you will see each category is assigned one of four colors: green, blue, red, and magenta.

It is a common misunderstanding that a VFR pilot cannot fly under VFR when there are clouds in the sky. You can, as long as you respect the ceiling and visibility requirements and keep your distance from clouds as follows:

A VFR pilot needs to maintain the following cloud distances:

Remember to respect the cloud clearances of the different airspace along with ATC communication requirements. Check the FARAIM Chapter 3 for details.

During instrument meteorological conditions (IMC), IFR is the only type of flight allowed. When there is a visibility obstruction such as low clouds, fog, or even smoke, expect IFR conditions. IFR pilots maintain situational awareness using the cockpit instruments. Navigation is done by compass, heading indicator, and GPS. The pilot may receive vectors from ATC—these are assigned heads and altitudes to fly.

Unlike VFR, IFR flights are done in contact with ATC. The flight will be handed controller to controller, not unlike a baton in a relay race. ATC is in near-constant communication with IFR pilots and will advise the pilot when course corrections need to be made because of traffic, weather, or other factors that can impact the safety of the flight.

Seeing that it carries fewer restrictions than VFR, IFR certification requires more practice, experience, and knowledge on top of what was learned to be a VFR pilot. If you’re planning to become a professional pilot, you’ll definitely have to learn how to fly IFR.

It can be intimidating at first to fly without outside visual references and to go in and out of clouds, but with a little practice, you will learn how to control the airplane with reference to instruments. The training to become an IFR pilot is often referred to as “the most intense, and the most useful” of all the pilot certificates and ratings. A certificated flight instructor, instrument, commonly referred to as a CFII, will likely administer the bulk of the training.

According to the Aircraft Owners and Pilots Association (AOPA), “nearly half of all weather-related accidents happen as a result of continued VFR flight into instrument meteorological conditions.”

Usually, this happens because the pilot is not trained or prepared to fly into IFR conditions, or perhaps the airplane does not have the proper equipment to do so. For your casual joyride in clear skies, VFR will often be the most enjoyable option.

If you want more options concerning weather, IFR is useful. But remember, although having an IFR rating does not mean you fly in all kinds of weather. Most light aircraft are not certified for flights into known icing conditions, and you still have to consider the weather minimums at the destination airport, because IFR approaches have published minima that must be respected.

Although an IFR rating is not required for nighttime flights, many pilots say the IFR training gives them more confidence when flying at night.

An IFR rating gives the pilot more options. Let’s say the weather at your airport is IFR but clear a few miles away. While the VFR-only pilot will have to wait for the weather to improve, the IFR pilot can depart on an IFR flight plan, then cancel the IFR flight plan when they are in VFR conditions.

To be a professional pilot, you will likely need to hold an IFR rating. While it is possible to obtain a commercial pilot certificate without an IFR rating, it is very limiting, as the pilot cannot fly more than 50 miles from their base, and flight at night with passengers is prohibited.

While IFR may allow you more flexibility on where and when you fly, VFR still has some of its own great benefits.

The first few flights for the student pilot take place in VFR conditions so the student can develop what is known as sight picture because maintaining aircraft attitude is done by referring to outside visual references—notably the horizon. While you may not want to pursue an instrument rating, in order to earn the private pilot certificate, the pilot must acquire approximately three hours of time flying the aircraft solely by reference to instruments.

This is usually done with the student wearing a view-limiting device called a hood, which isolates the cockpit instruments—kind of like binders used on horses. Most flight syllabi call for the instrument training for private pilot candidates to be introduced incrementally, say 12 minutes at a time.

Not all aircraft are created equal. In order to fly IFR, your aircraft must be IFR-certified and have the instruments and equipment listed in 91.207. VFR, on the other hand, requires less instrumentation, so you don’t need a fancy and therefore expensive airplane with a glass panel to do it.

When flying IFR, your flight plan is at the mercy of ATC. If you want to deviate, you need to ask for and receive permission to do so, unless it’s an emergency of course. Under VFR, if you want to fly your friends and family around a beautiful mountain range, you’ll need the flexibility of VFR. Didn’t get that perfect photo the first time around? Just take another lap!

How Should You Fly?

If you’re stuck deciding between flying VFR or IFR, you have to have a certain goal in mind. Either set of rules can be better suited for certain situations. Want to make a long trip from A to B without worrying about clearances? Fly IFR. Want to go out for a leisure flight around the countryside? VFR’s your best bet.

Either way, you’re sure to have an amazing time in the skies, and when you land, you can be sure to keep up with the latest in aviation news by subscribing to FLYING Magazine.

Why Do Pilots Prefer IFR Over VFR?

Is VFR Harder Than IFR?

The difficulty always depends on a pilot’s preference. However, VFR does not involve the same amount of practice or know-how required to fly IFR.

Is VFR or IFR Better?

Neither one is objectively better than the other. VFR and IFR are suited for specific situations and should be judged on a case-by-case basis.

The post IFR vs VFR: What’s the Difference? appeared first on FLYING Magazine.