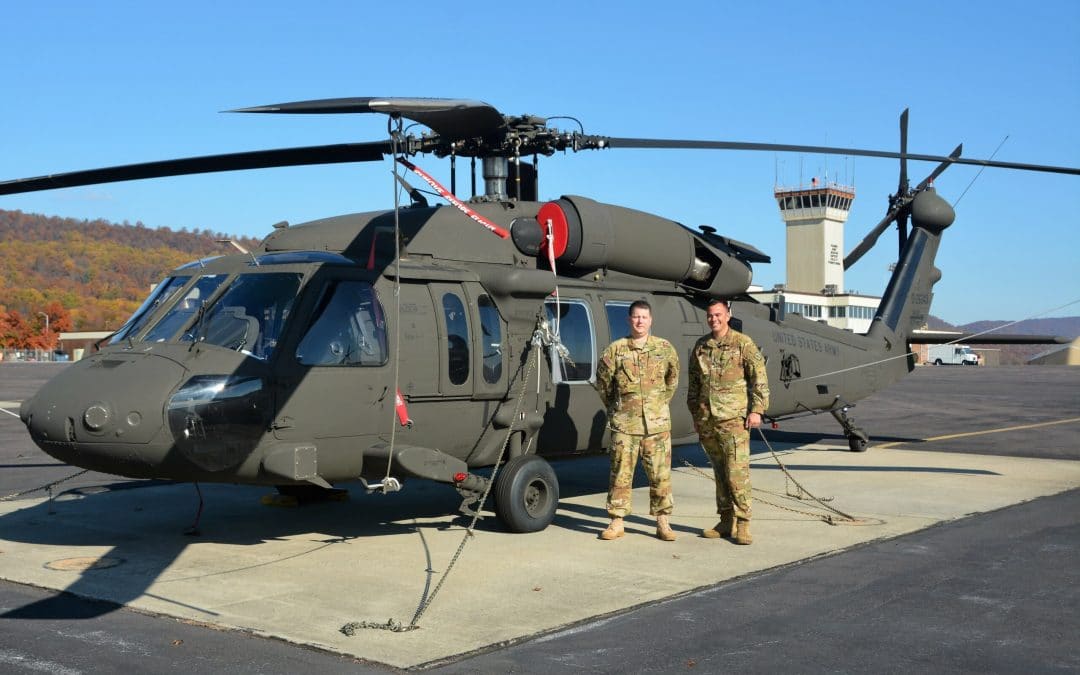 The Black Hawks will be assigned to the 106th Aviation Regiment and undergo testing at two upcoming events to “help determine if this aircraft is adequate for the rest of the Army,” he said.

This photo illustration shows the difference between the UH-60V Black Hawk helicopter control panel (top) and the UH-60L control panel (bottom). The “Victors” have several technological advancements that make them easier to operate than older variants, including a digital glass cockpit. [Photo: Brad Rhen]

Upgrades included in the UH-60V Black Hawk, called the “Victor,” include:

“We’ve upgraded from analog to digital technology. The UH-60V gives us a moving map on board for situational awareness. It has been a needed upgrade for a while, and this is the latest and greatest,” Stevens said. “This allows us to do different instrument approaches in a digital environment that the Federal Aviation Administration (FAA) is moving to.”

The new variant will allow for enhanced situational awareness, according to the Army. One enhanced capability of the UH-60V not available in older UH-60A and UH-60L models is a “time-ahead, time-behind” feature that allows the calculations of arrival times based upon aircraft speed and distance.

“You can actually see every leg of your flight and how long it’s going to take you to get there by airspeed,” Chief Warrant Officer 4 Frank Madeira, an instructor pilot, said last year. “The time-ahead, time-behind is phenomenal. It lets you know, ‘You’re 30 seconds behind. Speed it up.’”

The digital upgrade is a big one for the Guard, he added. “Now everything is displayed on the screens. There’s no what they call steam gauges or regular gauges like you have in your car. It’s all digital information that’s being pushed on the screen for you to look at, and they can move it to where they need it to be on the screen.”

READ MORE: A UH-60A Black Hawk Just Flew With No Pilot On Board

Last October, four pilots from the Illinois Army National Guard became the first to graduate from UH-60V training, and were then tasked with training other pilots in their unit to participate in the initial operational testing and evaluation, the Army said.

According to the National Guard, the Illinois Army National Guard currently has more than 30 pilots who have qualified on the UH-60M and about 15 fully qualified UH-60V pilots.