In the Search for Rare Parts, Networking and Planning Can Save You 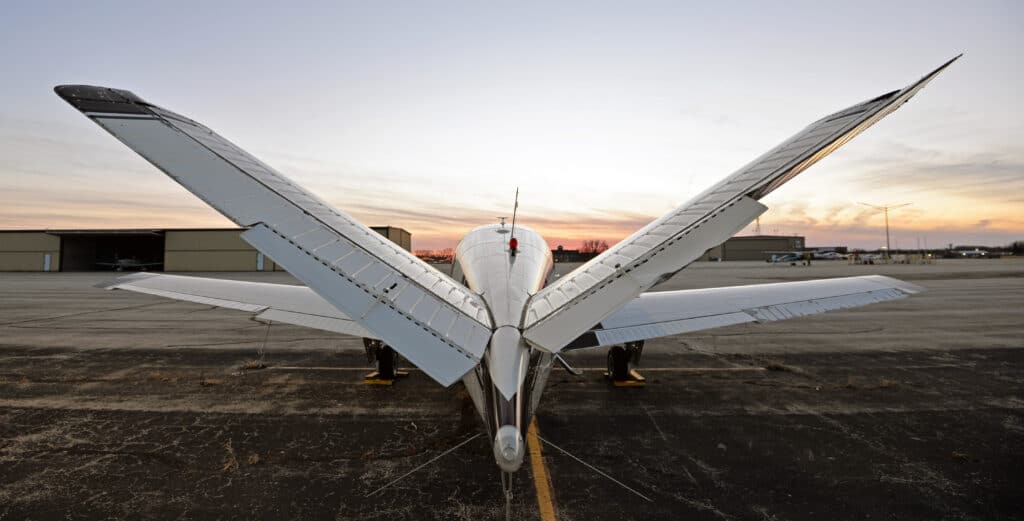 The mind of a pilot shopping for their first airplane is an erratic place. As we compare various types, we fall in love with some only to learn that they have one or more serious downsides. Visions of carefree adventuring are haunted by thoughts of maintenance-induced financial ruin, and before long, we begin to wonder whether we’ll ever find a type that is straightforward to own and maintain.

The internet certainly doesn’t help in this regard. One highly visible discussion thread can single-handedly taint a type’s reputation, sending would-be buyers scrambling in other directions. Often, the concern is parts availability. But a more thorough understanding of the issue and a properly calibrated set of expectations can present a more open-minded buyer with some great opportunities.

There are certainly some types that, by virtue of limited production numbers, can legitimately be quite challenging to maintain. If you happen to buy one of the four remaining airworthy Ryan SCs or one of the six Wing Derringers on the FAA register, for example, you’re going to have a difficult time finding parts and qualified maintenance. Those owners must, therefore, get creative.

One of those Derringers is based near me in Madison, Wisconsin. The owner is a fascinating guy named Al. A while back, I asked him what he does when he’s in need of an airframe part. He explained that the handful of Derringer owners across the country keep in touch for precisely this reason.

The ruddervator situation is dire. So dire, the American Bonanza Society is now offering a reward of $500,000 to the first person or company to certify and market a replacement kit for these control surfaces.

When one owner needs a part that’s unavailable and no longer produced, they will get a quote to have the part custom fabricated, and then they’ll negotiate a quantity discount. The rest of the owners chip in their share, whether they need the part or not, and are later provided with one of the parts to stockpile for future use. This rescues the owner in need of the part in question, it helps to prevent the rest of the group from having to repeat the process, and it minimizes the cost for everyone.

That’s a worst-case scenario as far as parts availability goes. But there are several other types that, despite having been produced in relatively large quantities, are cursed with one or more rare and difficult-to-source parts. Parts that, should they require replacement, will ground the airplane until a new one can be found.

People tend to shy away from airplanes with this sort of issue. Accordingly, they can be the hidden gems of the used aircraft market. In a competitive landscape defined by limited supply and soaring prices, any factor that sends other buyers running away must be viewed as a potential upside.

V-tail Beech Bonanzas are one example. Rather than using an elevator and rudder as on a traditional tail, the V-tail uses two magnesium ruddervators. These are no longer produced, and thus, if you need a set, you’ll have great difficulty finding any. It often comes down to waiting for an existing Bonanza to be wrecked and/or parted out—and then ensuring you’re the high bidder.

Airworthy Bonanza ruddervators are extremely hard to find and quite expensive; a savvy owner will constantly be on the lookout for a set, even before they’re needed. [Photo: Jason McDowell]

The ruddervator situation is dire. So dire, the American Bonanza Society is now offering a reward of $500,000 to the first person or company to certify and market a replacement kit for these control surfaces. With any luck, a company will engineer a solution that’s relatively straightforward to manufacture and cost-effective to purchase.

Another type with such an issue is the Cessna 162 Skycatcher. Most airframe parts are no longer available, and must either be manufactured from scratch or salvaged from a donor airframe if needed. Depending on the source, one Skycatcher door will cost an owner five figures to replace.

Aircraft such as the Stinson 108, the Bellanca Cruisair, and some early Maules come equipped with Franklin engines. These engines are generally loved by those who own them, but certain parts like cams and cranks can be difficult to source. I’ve spoken with owners who have waited nearly a year for the part they need to show up at their door.

But none of these examples makes any of the airplanes inherently bad, or even ones to avoid. Even the Skycatcher, with all of its scarce parts, is one of the most modern and affordable certified airplanes on the market. One must simply prepare ahead of time and calibrate one’s expectations with regard to potential maintenance downtime.

The first step toward happy ownership of a type with one or more difficult-to-source parts is networking. Whether the type has a vibrant, well-organized type group like the Beech Aero Club, or whether it’s limited to a humble Facebook group, it’s critical to network with other owners. Whatever ownership challenge you’re facing, there’s a good chance another owner has crossed that bridge and can offer some helpful advice.

Specifically, building good working relationships with other owners is helpful when you’re in need of a particular part. If another owner doesn’t have the part in stock, they might know of someone who does. One phone call or email can reach many branches of the grapevine.

The second key to owning a type with an exceedingly rare part or two is to always be searching and shopping for those parts, regardless of whether you need them. Scroll through aviation classified ads from time to time in case you spot something that might come in handy one day. I like to save keyword searches on eBay for rare items I’m after; should a seller list one of them for sale, I’ll receive an email alert.

When one of those rarities pops up, it’s probably a good idea to go ahead and buy it and then stockpile it for future use. Even if you don’t currently need one of the more difficult-to-find items, having one in stock will enable you to return to the skies with a minimum of downtime if and when yours breaks. A friend of mine did exactly this, and keeps an expensive, hard-to-find bearing on hand in case her old, rare propeller happens to need one.

Thanks to fantastic support from the type certificate holder, the Stinson 108 series is among the easiest types to own…but many would-be owners are scared away by the relatively unique Franklin engines. This spells opportunity for other shoppers. [Photo: Jason McDowell]

The last step to enjoying an airplane with a rare part or two is the most important—be willing to help another owner out when they’re in need. This is the difference between stockpiling and hoarding. Come to the rescue for another owner in their time of need, and chances are they’ll be there for you when your day comes, scrambling to help you get back into the air.

If every owner of a type makes an effort to seek out and locate hard-to-find parts—and is also willing to sell their stockpiled part to another when needed—the ownership of that aircraft type becomes a lot easier for everyone. More examples of the type will be kept airworthy and flying, and fewer examples will be left to deteriorate or taken to the scrapyard. A little selflessness goes a long way.

Ultimately, the whole idea is to view ourselves not as the owner of our airplane, but rather, as its current caretaker. Many have come before us, and if we take our duty seriously, many will follow. Regardless of the type or rarity, working together goes a long way to keeping our respective fleets flying for generations to come.

The post In the Search for Rare Parts, Networking and Planning Can Save You appeared first on FLYING Magazine.