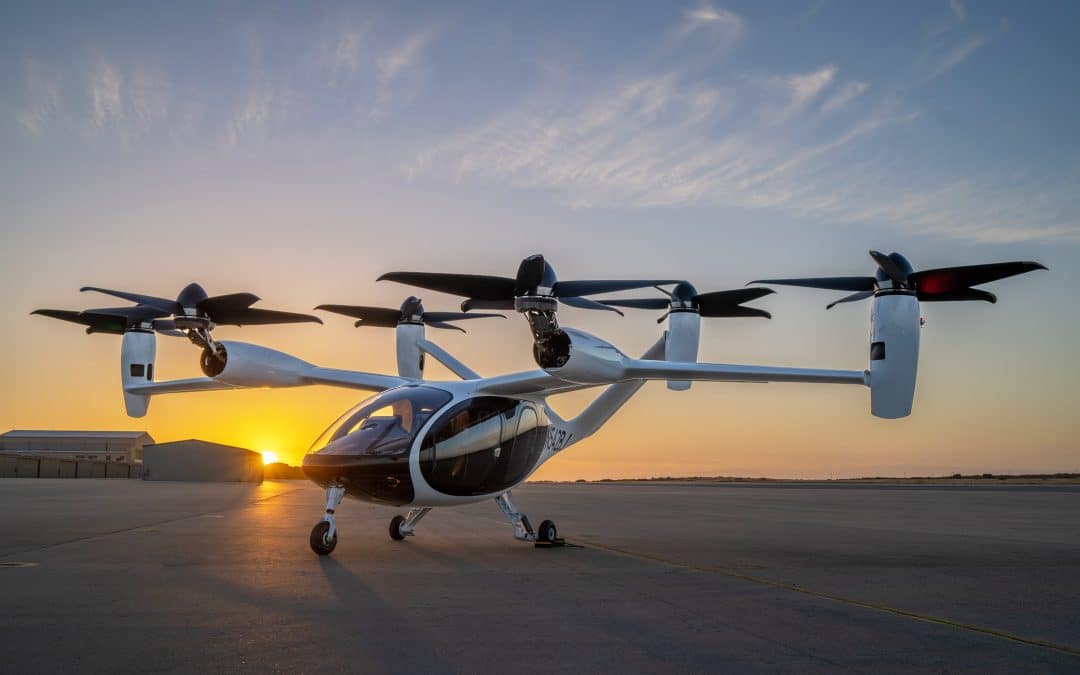 Founder and CEO JoeBen Bevirt told investors during a phone presentation that his California-based company continues to make “great progress” across certification, scaling operations, and preparing for commercial operations.

Joby’s voluntary testing pause was triggered by the crash in February of its first pre-production prototype air taxi.

“At this stage, we do not expect the accident to have a meaningful impact on our business operation or certification timing,” Bevirt said, adding that Joby has already begun manufacturing its first production-intent aircraft. “This aircraft will be the first to roll off our pilot manufacturing line in Marina, California, and we expect to see it in the skies later this year,” Bevirt said.

Joby, which has been flying full-sized prototypes since 2017, is one of a handful of companies trying to develop and manufacture an environmentally friendly electric air taxi for quick flights across congested cities. The company also intends to operate an on-demand airline for those flights. Last August, it became the first publicly traded eVTOL company based in the U.S.

Moving forward, Joby head of programs and systems Didier Papadopoulos said engineers intend to focus on multiple goals, including further testing of takeoff and landing conversions. “We’ve learned a lot,” said Papadopoulos, who came to Joby from Garmin, where he helped develop the award-winning Autoland system for in-flight emergencies.

Joby’s second pre-production prototype is similar to the first. It’s propelled by six tiltrotors and battery-powered electric motors. It has already made 38 flights since January, Joby said, reaching speeds of more than 90 mph (78 kts).

Bevirt said Joby was not immune to the current supply chain disruptions and the impact of global conflicts but the company “anticipated things might get a little bumpy and we prepared for that eventuality.”

“We’ve been fortunate to be able to build a remarkably strong balance sheet for Joby that allows us to plan with significantly longer time horizons than many others,” Bevirt said.

He said Joby’s $1.3 billion in cash and short-term investments at the end of 2021 was “sector-leading” and “sufficient to see us through to commercialization.”

Joby’s fourth-quarter net income of $5 million  reflected an operating loss of $77.2 million, which Joby said was more than offset by other income of $71.7 million and a $10.5 million tax benefit.

Goal: Be an OEM and an Airline

The company says it has entered the fifth and final stage toward earning FAA approval this year for its air taxi service under 14 CFR Part 135. Backed by Uber, Joby is expected to piggyback on Uber’s popular rideshare app for a multimodal, end-to-end transportation experience. In international markets, Joby said Thursday that it plans to work with local companies that will help customers book rideshare services.

Until Joby’s air taxi is approved to enter service the company plans to operate its airline using traditional fixed-wing airplanes. Joby has said it intends for its eVTOL to enter service sometime in 2024.

Last year alone, the company says it flew its pre-production prototype more than 5,300 sm, including a milestone endurance test flight of 154.6 sm on a single battery charge. The aircraft was designed with a range of 150 sm and a cruise speed of 200 mph (174 knots). During testing Joby has said its aircraft reached more than 11,000 feet agl.

‘Very Much on Schedule’

Since last quarter, Joby has “made progress in all areas of certification and [we] have some real momentum behind us,” Papadopoulos said. “We are very much on schedule.”

In what Joby said was believed to be an industry first, the company announced this week it had submitted its first “area-specific” certification plan to the FAA. The plan lays out in detail a combination of design reports, analysis, and testing to demonstrate compliance with FAA safety standards for the aircraft’s cabin safety.

“This is a really significant moment for us as a company,” Papadopoulos told investors Thursday.

February’s accident resulted in no deaths or injuries, although the eVTOL was “substantially damaged” after “component failure,” according to an NTSB preliminary report.

The crash took place during an accelerated flight test campaign aimed at expanding the aircraft’s envelope for speed, range, altitude, and other parameters. Accidents during flight testing are not uncommon, as engineers try to demonstrate performance specifications and limitations for new aircraft.

Joby said Thursday it’s working closely with the FAA and NTSB to investigate the accident.