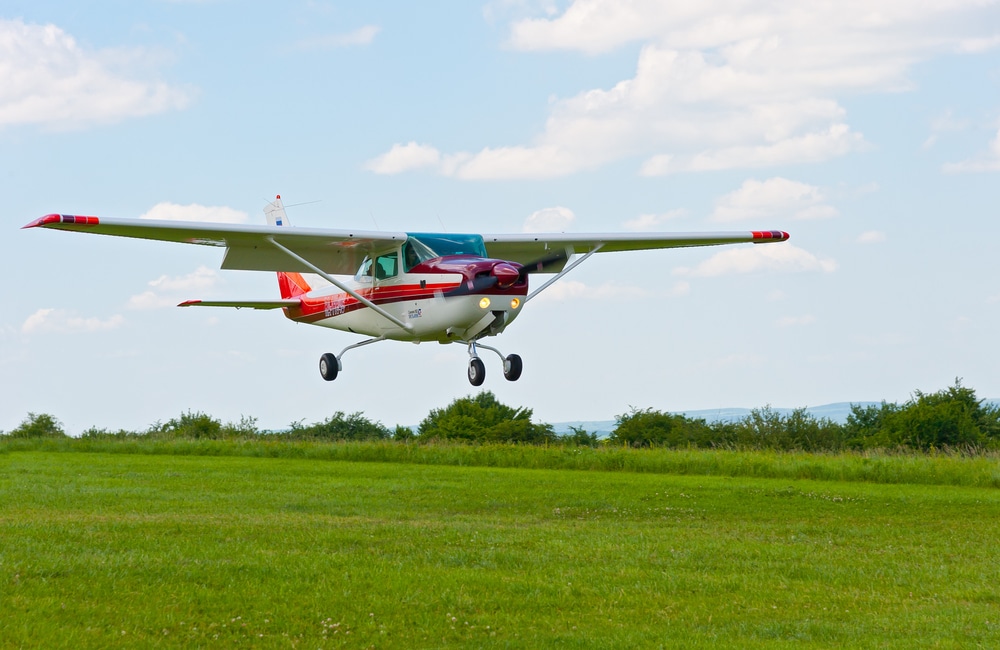 I think most pilots would agree that there is something special about landing an airplane on grass. Most can remember the first time they did it. For me, the time came while I was learning to fly in an American Champion Citabria and had completed a series of poor landings at our home airport’s paved runway.

My frustrated instructor directed me to a nearby grass strip. “This might help,” he said, noting that “grass is more forgiving.” He was right. Despite a slight crosswind, my first turf landing was straight and smooth. The natural surface seemed to embrace the airplane’s wheels rather than repel them like asphalt did.

FAA Acknowledges Some Pilots Prefer Operating ‘On the Grass’

Grass strips have also worked wonders over the years for nervous passengers, including my wife, whose attitude toward flying took a positive turn after our first visit to a turf field in upstate New York. While some of the effect might be psychological, there is no doubt that grass runways have an appealing feel that makes them attractive destinations. Below are a few inviting grass fields that are ideal for backcountry beginners.

Few grass runways are more inviting than this field on the Ohio River, roughly halfway between Louisville, Kentucky, and Cincinnati, Ohio. For starters, the strip is just over 4,000 feet long and 100 feet wide, so pilots who are new to grass should feel comfortable there. The airport is also an example of what many pilots would like to see more often—an unpaved airport that has grown steadily and is open to the public. It hasn’t been easy, though. The airport was a gritty aircraft salvage yard and later the site of a lumber business before becoming a general aviation hub. A vintage video tells the story.

The generous size of this strip, 4,900 feet long and 150 feet wide, does not make it an easy destination. After all, the airport is nestled in mountains at an elevation of about 7,900 feet msl, so you should be up to date on mountain-flying skills and have a strong sense for how your aircraft will perform at high elevations and higher density altitude levels. Still, as mountain runways go, this one is not especially daunting, and the scenery seems well worth the extra flight-planning effort. The Idaho Division of Aeronautics publishes a guide to help pilots prepare for the trip.

You could make a case for Shelburne as an ideal place for a student to learn to fly because it has the feel of a sleepy, old-fashioned country airport. However, it is just a few nautical miles from Burlington Airport (KBTV) and is tucked under the 1,500-foot floor of the big field’s Class C airspace. That gives learners plenty of opportunities to hone their radio skills by talking with ATC. For travelers to the Burlington area, Shelburne is a great alternative to the airlines.

On approach to Sunbury, you might wonder why there is a public airstrip on an island in the middle of the Susquehanna River. The answer: Because the mail must go through. According to the Northumberland County Historical Society, the U.S. Department of Commerce established an emergency landing field there in 1920 after poor visibility repeatedly forced airmail pilots to land on a farmer’s field on the island. The field’s 250-foot width makes it especially attractive today, but pilots should beware of groundhog holes on the runway’s southeast edge.

Pilots who are new to landing on grass and might be a bit tentative about trying this airport’s 2,607-foot turf strip can opt for the 4,673-foot asphalt runway. Columbia is known for its fly-in camping facilities that lead to many aviation groups organizing events there. Visiting pilots can pitch tents at one of 20 campsites that include picnic tables and barbecues. You are also free to camp under your airplane’s wing. Airport officials say the $10-per-night camping fee includes the overnight aircraft tiedown charge.