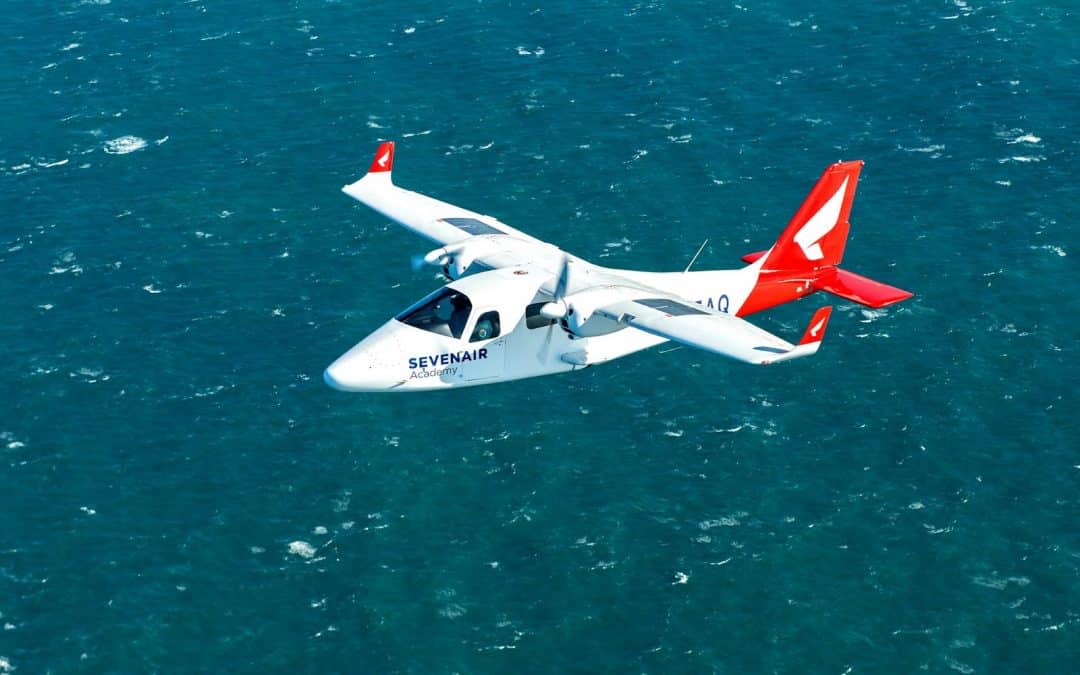 L3Harris has divested its flight training assets in Portugal to Sevenair Academy. The multinational corporation’s exit provides a growth opportunity for the Lisbon-based aviation company, which operates an academy, MRO, and regional airline.

L3Harris operated a 260,000 square-foot training facility at the Aeródromo Municipal de Ponte de Sor (LPSO), in central Portugal, along with a fleet of roughly a couple dozen aircraft, including G1000-equipped Cessna 172s, Piper PA-28s, and Diamond DA42s. Sevenair also gains three simulators, and a 138-room dormitory accommodation for students on the airfield, with room to expand.

Sevenair Academy has taken possession of the aircraft, which expands its fleet to a total of 52. The ATO has training locations at the Aeródromo Municipal de Cascais (LPCS), near Lisbon, and at the Aeródromo Municipal de Bragança (LPBG), in the northeast part of Portugal. Its parent company, Sevenair Group, has an airline that flies within the country—from Portimão to Bragança—and to the island of Madeira, utilizing a Dornier 228 and a Jetstream 31.

Growing Out of Cascais

In an interview with FLYING, Sevenair’s chief commercial officer Alexandre Alves welcomed the growth opportunity presented by the acquisition. “We will get the keys from the facility next week, but the aircraft are all on our [certificate] already,” he said. “We will start recruiting people next week.” Only a handful of students remained at L3Harris, finishing up their time, so Sevenair will move forward with its own students.

The move helps relieve the squeeze Sevenair has felt in operating out of Cascais—the general aviation reliever airport in the Lisbon metro area. Training flights each day are limited at LPCS by NAV Portugal, the country’s air traffic services organization.

Sevenair’s direction also aligns the growth of its airline with the ability to provide pilots not only for its routes, but for other airlines as well. Alves said the company is in talks with one European airline, and one from the Middle East to provide cadet training for its two-year frozen ATP-L or potential MPL course.

The base at Ponte de Sor has extensive hangar space for Sevenair’s maintenance and technician training programs as well. [Credit: Sevenair]

The L3Harris divestment signals a reduction in its aspirations as an aviation training organization (ATO) in Europe, at a time when other ATOs are expanding into the Iberian peninsula. According to Alves, Sevenair was one of eight entities originally bidding on the L3Harris operation, with three making it to a final round—one likely an ATO with a significant base in Spain. “From what we understand [the Spanish ATO] was only interested in buying the aircraft,” Alves said. “But our offer was to buy everything.” Backed in the acquisition by a private investor, Sevenair has a significant budget to grow moving forward.

Other projects are on the horizon for the airport at Ponte de Sor, too. Alves mentioned the development of an aerospace manufacturing facility ready to break ground later this year, with the prospect of building a 19-seat regional airliner, similar to the CASA 212. Nearby Évora has been a manufacturing base, with Embraer in production there for many years.

The airport will also host the Portugal Air Summit from October 12-15.

The company appears to be a good fit for a location that was originally developed by G Air, another ATO previously located at Cascais. When G Air sold to L3Harris and wound down its business, Sevenair took possession of its facilities at LPCS. The acquisition of the academy and hangars at Ponte de Sor extends this reach further.