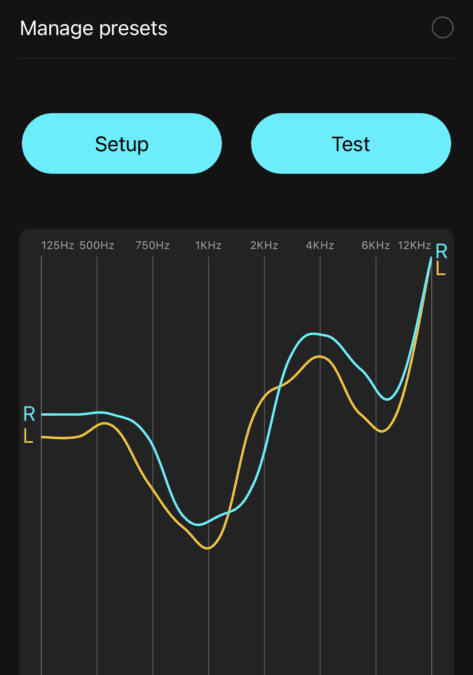 Oregon-based Lightspeed Aviation announced today its Delta Zulu next-gen ANR aviation headset. Part of a new category of devices the company calls “safety wearables,” the headset weighs in at 14.9 ounces and is priced at $1099. The Delta Zulu also sports new styling and a variety of useful and unique features that Lightspeed says cater to pilots with a sharp focus on safety.

Among those features, the Delta Zulu has Lightspeed’s Kanari smart-alert tech, which includes an always-on, built-in carbon monoxide (CO) detector with in-ear audible alerting. In addition, there’s a CO sensor utility (with trend data and real-time CO monitoring) that’s integral to the Lightspeed smartphone/tablet app. Since the headset has a built-in audio recorder, the free app also manages captured radio and intercom audio for playback.

Based on results from a 12-frequency hearing test in the new Lightspeed app, HearingEQity automatically adjusts Delta Zulu to optimize audio for individual hearing profiles.

Another feature supported by the Lightspeed app is the headset’s built-in electronic EQ feature called HearingEQity. The HearingEQity smart utility fine-tunes the headset’s audio signature to help compensate for a pilot’s hearing loss, which is first determined when the user puts on the headset and runs a 12-frequency hearing analysis for each ear. The results of this hearing profile—measured from 125 Hz to 12,000 Hz—are used by the Delta Zulu’s processor to automatically boost the audio levels in the appropriate frequency ranges. The audio profile can be repeated at any time and profiles can be saved for multiple users.

For powering the set, the Delta Zulu comes with a rechargeable lithium-ion battery pack that has roughly a 30-hour endurance. Another power option is an interchangeable quick-release AA battery pack for 15-20 hours of endurance. The headset’s control module has a UAC (Universal Accessory Connector) for charging and data connections, and all Delta Zulu sets come standard with a USB-A to UAC cable (other cable options, including Lightning and USB-C, are available). The set can be recharged while it’s in use, and there’s a version with a 6-pin LEMO audio plug for connecting with ship’s power.

The non-TSO Delta Zulu comes nearly five years after Lightspeed launched the successful $850 Zulu 3 model, which will remain in the company’s lineup along with the entry-level $650 Sierra headset. There is currently no upgrade program in place for trading in older sets, but we’re told that could change in time. We asked Lightspeed’s Teresa De Mers where the new Delta Zulu fits in the company’s product line and in the current market.

“The Delta Zulu will have a broad market and should appeal to anyone that is concerned with carbon monoxide in the cabin, and also for pilots and passengers who believe they suffer from hearing loss,” De Mers said. The company reports that it still sees a healthy demand for the Zulu 3 and the Sierra. Speaking of demand, Lightspeed says that despite supply chain struggles, it plans to have thousands of Delta Zulus ready to ship to its dealer network for the upcoming holiday season.

For more information, visit www.lightspeedaviation.com. A full report on the new Delta Zulu will be available in an upcoming issue of AVweb sister publication Aviation Consumer magazine.