Living the Dream on the Flying Horseman Ranch 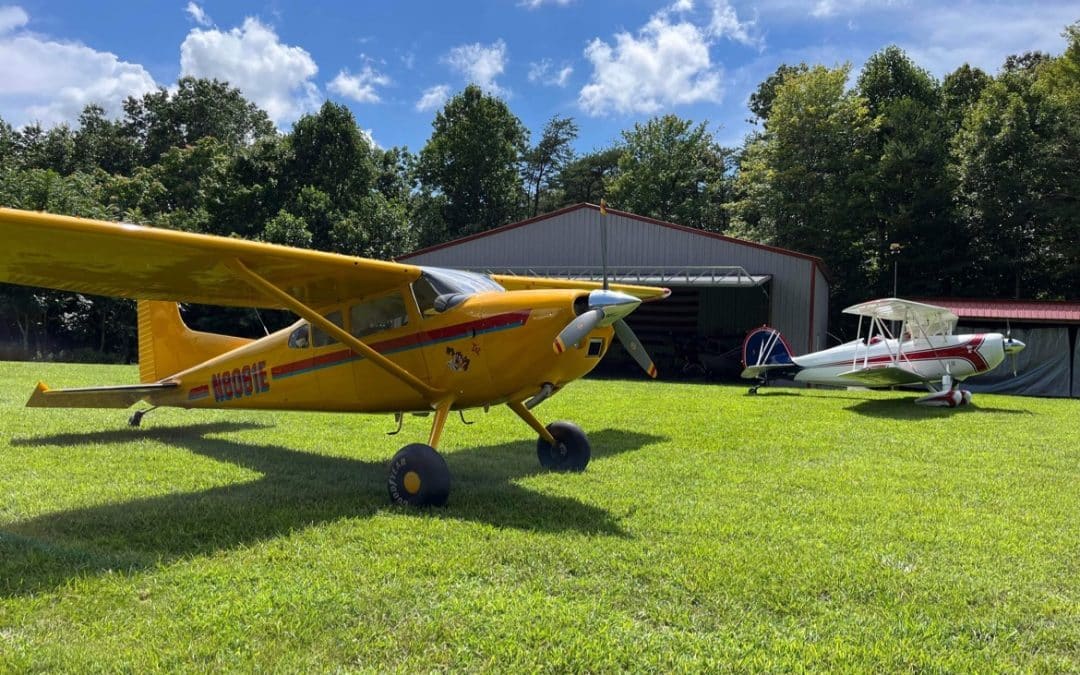 Richard Landis’ retirement plans, which have flying at the core, were laid long before he stopped working in 2020. The Virginia-based private airfield owner’s initial roots in aviation began on a much smaller scale when he was only a boy.

“I’m now 69, and my aviation journey started long ago. My father was a veteran, and he flew as a radio radar operator on B-29s during the Second World War. He flew 29 missions over Japan, and that’s where it all started, to be honest. When I was young, I don’t remember anything at the dinner table except for flying. Every conversation was about this plane or that plane, that airshow, or where we were going to fly that weekend,” Landis noted.

“As a kid, I flew remote-controlled airplanes and still do, even to this day. I built them, flew them, and I loved it. So that kind of got me into learning about aviation and all of that stuff. When I turned 15 or 16, I started taking flying lessons. I soloed after like nine hours—very quickly, because of having flown RC planes for so long. I then got my pilot’s license as a freshman in college. After graduating, I got married and bought a house. Before we even did anything else, we didn’t even have furniture yet besides a bed, we bought an airplane, a Cessna 152.”

Fast forward many years, and his pre-retirement wish was to find a place with enough space to accommodate his lifelong hobby. This goal was the basis for what has become colloquially known as Flying Horseman Ranch, or as it’s noted on sectionals—Landis Airport (VG16). “I was looking for a place to retire that was big enough that I could fly remote-controlled airplanes in my backyard. We lived in New York at the time, about 30 miles north of the city in Rockland County. I just wanted to retire to a place where I could have 10 or 15 acres, have a small RC field, and fly. We started looking around at houses and must have looked around for several years and looked in every state. I mean, we were in South Carolina, North Carolina, Georgia, Texas, Arizona, and others,” Landis explained.

“We drove into this property, and even before we got to the house, I could see that there was a windsock. Already as a pilot, I knew what that meant. Maybe there was a runway! But I really didn’t expect too much because we are in the foothills of the Blue Ridge Mountains. I really thought it would be too mountainous for there to be a runway. It wasn’t in great shape, but there was one—and there was a house here too, which also wasn’t in great shape.”

After purchasing the acreage, the couple continued living in New York for several years while the home was renovated. Once they moved to Virginia full-time, Landis regraded the runway and eventually built a new hangar. He explained that while the runway is in good condition, there is considerable slope and other challenges that would make operating there challenging for grass strip newbies. As a note, he explained that all landings must be taken going uphill and takeoffs downhill, regardless of wind conditions.

Until purchasing this acreage in 2015, Landis had owned a Cessna 182 for 35 years. It was replaced by an Aeronca Champ, which was joined by a Cessna 185. Then, the stable grew by another aircraft, with the addition of a Great Lakes Biplane. Now with more time to dedicate to his passions, Landis reports that he flies a substantial amount more than he had when he was in the workforce.

“For the last four to five years, I have been averaging anywhere from 400 to 500 hours a year. Which is a lot, when I used to only do 10-20 hours a year when I lived up north. It’s crazy, but it’s great. The hardest problem I have in retirement is deciding which airplane I’ll be flying that day,” he happily advised.

“To be honest with you, I’m living the dream. I never thought in a million years, if I had gone back 20 years, that this would have been possible. When I tell people, they don’t understand, but I tell them that I am truly living the dream and I’m at a small piece of heaven here on earth.”

While the tranquility of the roughly 100-acre property is more than fun enough to enjoy in its own regard, Landis prefers to be accompanied by friends and family.

“My son, Dan Landis, is as into aviation as I am and started flying when he was only five years old. He comes down here every few weeks, and we do a lot of flying during that time. We’re kind of in the middle of nowhere and have a lot of friends nearby who have smaller grass strips. You just barnstorm all over the place and it’s a lot of fun. It’s been a really great time to be able to do that. My neighbors here have also been great. They’re not into flying, but they love the planes. And I’ll take anyone flying who wants to go. I’ve had most of my neighbors flying in the airplanes.”

Every year for the last several years, the third weekend of May, Landis has hosted what he calls a “fun fly.” Last year, 103 planes showed up (half of which were taildraggers), in addition to several helicopters and a fly-by conducted by an L-39. 2023’s event is on the calendar for May 19-21. Landis noted that everyone interested is invited to attend.

The fun had at the property isn’t limited to aviation-related activities, either. As the airfield’s nickname implies, the Landises also have several horses on their property. This is a hobby which Landis’ wife and daughter are able to enjoy together.

And while he gratefully expresses that owning this property “is a real blessing to say the least,” Landis laments that there is something —rather someone—missing at the Flying Horseman Ranch.

The post Living the Dream on the Flying Horseman Ranch appeared first on FLYING Magazine.