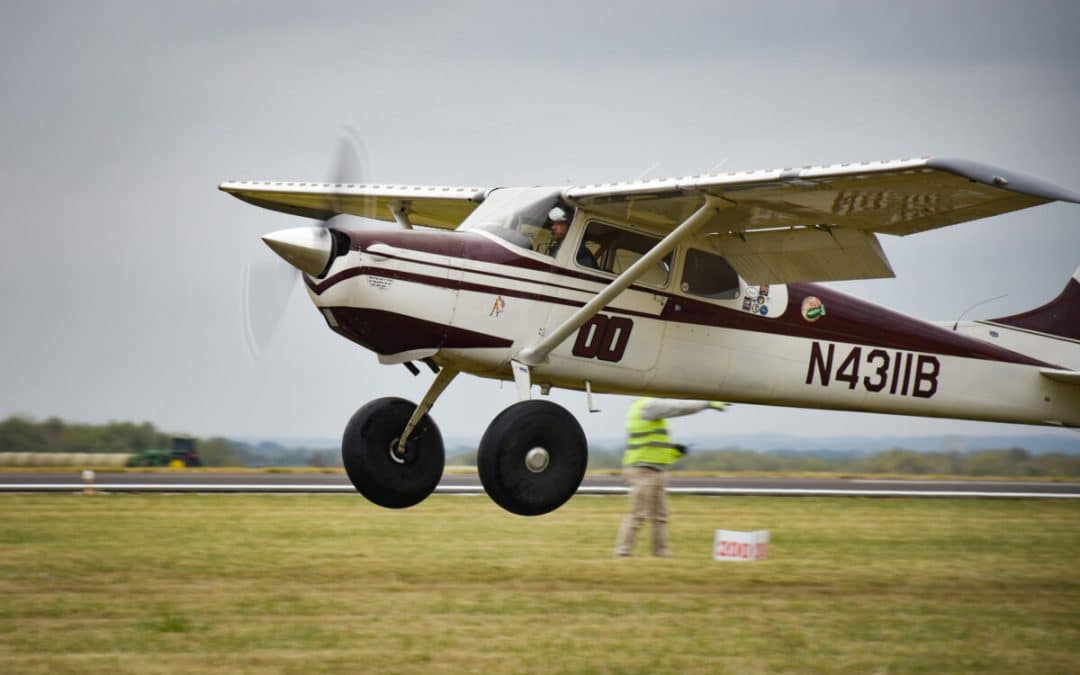 The first significant rain in months rolled into Gainesville, Texas, along with the National STOL Series finals, which has grown to seven events nationwide in 2022. Lone Star STOL competition also hosts the Husky National STOL Championship, with winners named in various categories for the event, as well as the overall winner for 2022.

What would have been the first day of practice morphed into a group of pilots and crew watching raindrops overflow catch barrels placed outside the open hangar door as the rain plummeted and the wind bellowed. The camaraderie among these birds of a feather was evident as their attention turned to talking about the pilots that had arrived and the complications the weather presented. By morning, the rain had let up to an occasional mist, and the wind had died down, allowing for the arrival of many more competitors from all directions.

Some pilots had been in their airplanes for many hours and had to immediately begin practice upon arrival, not ideal for sure. But this is the STOL National Championships and comfort needed to take a back seat. As the day went on, the crowds moved in and the competition started, with officials wasting no time in case the weather didn’t hold out. Fortunately, everything went well and all of the classes were able to get their three runs in.

Lone Star STOL hosts the finals of the Husky National STOL series, which means competitors who aren’t in the points standings can still compete and win the competition, just not the championship.

In the Light Touring class, Micah Lindstrom was not present to continue the rivalry with the No. 00 Dirty Bird flown by Jeff Pohl, who took both first in competition and first in the national series, flying her exquisitely. Right behind him was Col. Matthew Peterson, who did not qualify for the national standings, as he spent his time helping rather than flying and was given an honorable mention due to all of his amazing support to the sport. Taking third in the competition and second in the national series was Jeff Abrams, whose aviation accomplishments deserve their own article.

In the Heavy Touring class, the bright and shiny No. 46 Cessna 180 flown by Warren Grobbelaar took both first place in the finals and the National Championship. Second place was Don Mickey, who had impressive practice runs but lost the connection to the MFD in his panel and had to play it safe by flying faster than normal for landings. Mickey also took second in the National championship. Rounding out this class for Lone Star was Brandon Corn, who flew the only Cessna 205 in the competition.

Legend Cubs took the top two spots in the Experimental Bush category with Brian Steck on top and Luke Spoor second, just in front of Robbie Staton, with all three lining up in the same order for the national titles.

Kale Burks flew unchallenged in the Light Sport category at Lone Star, which is for aircraft with engines less than 95 hp and without flaps. This category is designed to give the classic J-3 style Cubs a class of their own.

In the Light Experimental class, we saw Steve Henry’s two-year winning streak come to an end when Dan Reynolds put together two perfect performances with his custom Chinook airplane. Caneva rounded out the top three at Lone Star. For the national titles in this class, Henry took his second National Championship in STOL in his Wild West Highlander, with Caneva taking second in his Carbon Cub SS. Third place was left vacant.

Henry also took the Overall National Championship award as well as the Most Consistent for the Year, stretching his lead as perhaps the most decorated competition STOL pilot in the U.S. (an unofficial title for which he is too humble to claim).

Now that the last STOL event of the year has come to an end, pilots are sure to hit the drawing boards over the winter and return with new tweaks and mods to fly even better next year. There are many projects underway for just this purpose. The future looks bright for innovation in the sport of STOL.