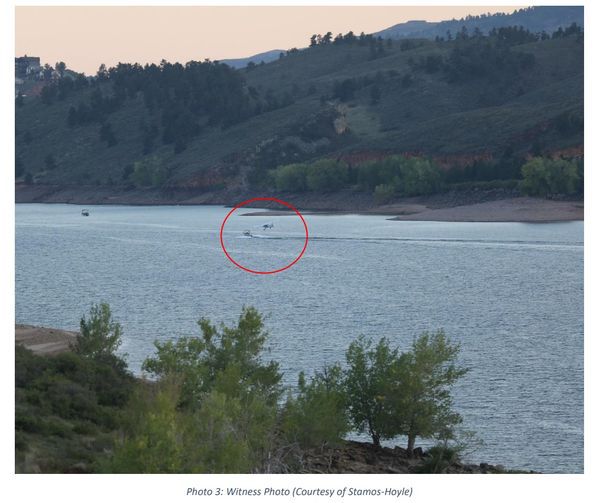 The NTSB says a pilot and instructor flow low passes over two boats on a lake near Fort Collins, Colorado, before their Cessna crashed last September. In its final report on the mishap, which wrecked the 172 and resulted in minor injuries to the occupants, the NTSB cited the probable cause as “the pilot’s failure to maintain clearance from rising terrain while intentionally maneuvering the airplane at low altitudes.” The report says the instructor also gave conflicting accounts of the events to investigators.

The investigators also talked to witnesses who took photos of the aircraft buzzing two boats on a lake near Fort Collins. “After making a very low pass over the boat, the airplane made a steep climb, followed by a steep right turn, and then flew at a low altitude over the second boat,” the report says. “After passing the second boat, the airplane appeared to depart toward a valley.” The instructor told investigators there were issues with the aircraft controls before the crash, but no technical faults were discovered in their examination of the plane.