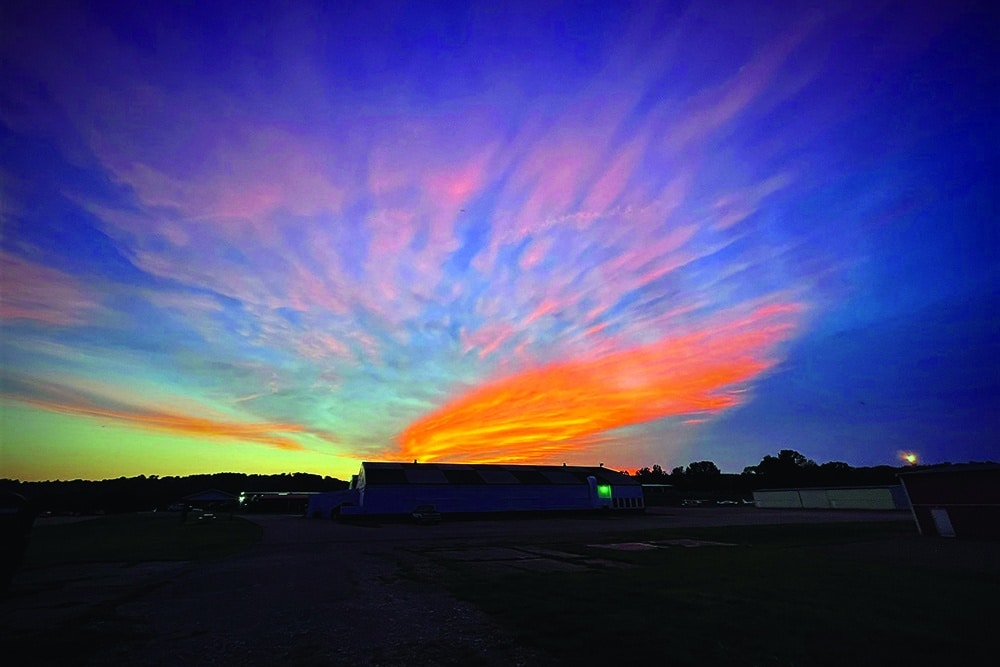 As a child, I thought Christmas Eve was hands-down the most magical time of the year, but December 24, 2021, was over the top.

That morning I became a “real” private pilot…nine months since the revocation of all my certificates and ratings. Though I could pursue getting all of them back, at this time in life I won’t go for anything else except an instrument rating. I don’t need anything more.

Sure, it’s nice to remember flying that single-pilot Lockheed Lodestar alone, instructing and testing pilot applicants for thousands of hours, and logging nearly 1,000 hours in a bunch of Douglas DC-3s. And I had loads of fun playing with an Aeronca Chief, a de Havilland Beaver, Piper Super Cubs, and a Republic Twin Bee on the water (even under a few bridges)—and pretending I actually knew enough to be a commercial hot air balloon pilot.

This time, I took my private ride in a 1967 Cessna 150 off a grass strip north of Cincinnati—a place I initially chose because the only tailwheel-rated designated pilot examiner (DPE) in the area is there. Why a Cessna 150? Well, as the time got closer, it occurred to me that DPEs these days advise their FAA “keepers” of any scheduled check rides. And keepers are tasked with conducting “observed rides” at least once a year. When I was a Fed, we would explain to the applicant that we weren’t assessing his or her performance—just the examiner’s adherence to FAA standards and giving a complete check ride. But naturally, the DPE would be in “high” gear and give the damnedest, lengthiest, and most comprehensive oral and flight test ever.

When I worked in the Indianapolis Flight Standards District Office (FSDO), Herman, one of my busiest (and most beloved) DPEs in Terre Haute, famously flunked one applicant each year—when I showed up to ride along. And, yeah, I always felt sorry for the applicant that day who didn’t have much of a chance.

So, what to do? I mean I’m pretty competent flying my Cessna 180, having owned it for 30-some years without seriously denting anything, but anybody can flub a maneuver, especially with two pairs of eyes watching (one pair rather critically from the back seat). Wrestling with this dilemma, somebody who shall remain nameless said, “Well, that’s easy; fly one of our 150s.”

A long time ago, I logged close to 6,000 hours of instruction and testing, much of it in my flying school’s 1966 Cessna 150. But I still had to study the 1967 150 manual—which is more like a pamphlet—and dig into the maintenance logs for required inspections, total time, and weight and balance information. The “numbers”—VNE, VNO, VX—were pretty simple and the landing speeds were all around 60 knots. And I still remember how to lay out a cross-country flight on a sectional chart, wielding a plotter and an old-fashioned E6B (I’ve never figured out the electronic models).

The examiner, Bob Miller—who I remembered from my own days as a DPE—was serious about this, FAA observer or not. Of course, an FAA inspector could have shown up for the oral portion, but I figured Christmas Eve morning was pretty safe. Anyway, Bob isn’t the kind of guy to cut corners.

He’s about twice my weight, but we were still OK on weight and balance with full tanks, and I appreciated the body heat in that lovely little airplane on that cold December morning. The cross-country looked to be a no-brainer; the 150 had a rather medieval VOR receiver that instructor Emerson Stewart had reviewed with me during our three hours of dual preparation for the test.

I also had an iPad with ForeFlight strapped to my leg, which was cumbersome since Bob insisted on my having the nav log sheet and sectional at hand. But, as we started out on the trip to Portsmouth, Ohio (KPMH), I was in familiar territory with a great first checkpoint—the big, beautiful Jeremiah Morrow Bridge across the nearby Little Miami River. Also, I had the VOR tuned for cross bearings on other checkpoints along the way, over the featureless, barren winter farmlands of Warren, Clinton, and Highland counties.

As I was gloating over my prowess as a navigator, Bob told me to abandon the navigation and turn about 90 degrees northeast over a large lake where we performed every maneuver in the books. It was fun—an old 150 is truly a joy to fly.

Eventually, when we finished the whifferdills, he said to resume the cross-country—but we weren’t starting from where my line started on the chart. I headed (approximately) for another checkpoint in the distance and tuned the VOR to center when we crossed over it. It took quite a crab angle with winds aloft about 40 knots coupled with a slow airplane. Then Bob said to turn the VOR off. No problem—I still had that lovely ForeFlight thing on my knee until he took that away too. Eventually I found Hillsboro, Ohio, in the distance—not exactly from where I was supposed to be but, hey, I found it. We came back home into the wind with several simulated forced landings en route and a bunch of landings back at Red Stewart Field.

The day after Christmas I flew with a CFI at Lunken Airport (KLUK) to get the required endorsements for complex, high-performance, and tailwheel airplanes. Since then—no longer a passenger in my beloved Cessna 180—I’ve spent lots of time just boring holes in the sky. Well, and trying to get my mojo back on wheel landings. I’m still hitting the books for the rather intimidating instrument written, and then…we’ll see.

What a roller coaster 2021 was! And I’ve had a hard time understanding all the publicity because, honestly, I’m a nobody in the airplane world. So much of the feed-back was positive and encouraging (with some “she should spend time in jail” in the mix). The support really helped—thank you from the bottom of my heart. The downside is my bad example; I would hate to think that I encouraged anybody—especially young pilots—to try that kind of stupid and potentially dangerous stunt.

I truly don’t have an explanation for this fascination, this obsession with airplanes and flying. I never walk outside without looking at the sky to identify cloud shapes, the wind, and weather, or to try seeing an air-plane somewhere overhead. But I suspect many of you understand or you wouldn’t be reading this magazine. While I firmly believe the revocation was unfair, it proved that God works in mysterious ways, or “writes straight with crooked lines.” It put me in touch with so many people, both new and from the past—and I’m truly thankful for this wonderful passion we share.