Massachusetts Airfield Believes in the Power of Family and Community 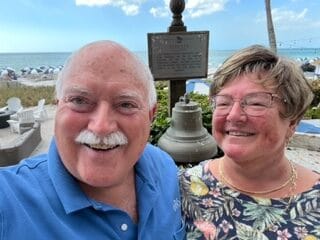 “Airports are notoriously bad about telling the story of the benefits they provide to the local community,” noted Don McPherson, the owner of Minute Man Air Field (6B6). Minute Man is an exception to this general rule and has continuously told its story far and wide.

The Stow, Massachusetts-based airport began in 1966 when Don’s father, Paul, “…bought the property, after he had achieved his life-long goal of learning to fly and owning his own plane.

“He bought a Cessna 182 and rebuilt a Piper Cub,” Don said. “Building and running the airport was a family operation from the start; it was also a hobby for dad.

“We would come out on weekends mostly [to help]. We would go out to the site in the morning to work and then go home at lunch to watch Candlepin bowling every Saturday; the reason was my mom was a champion bowler.  And then we would go back to work after lunch. This kept the family together; it was really nice.”

And while Don has fond memories of the work in the early days, some tasks were more enjoyable than others.

“Dad couldn’t afford to buy crushed gravel for the runway,” he said, “so he shopped around and found sand pits that had the best gravel. He would then run the road grader up and down the runway. My job was to walk behind the road grater and pick up over-sized stones; that was how I started.

“After [doing that] there was no place but up in the airport business!”

Through the family’s hard work, the former 1,700-foot grass Erikson Field was paved and extended by 300 feet. What is today known as Minute Man Air Field—named after the area’s rich history during The American Revolution—was unveiled on July 1, 1969.

One of the earliest businesses that called Minute Man home was “Peg’s Place,” a small coffee shop run by Don’s mom and sister. The ability to have her own coffee shop at the airport so she could share her husband’s flying passion was a key reason why Peg (a non-pilot) was onboard with her husband purchasing an airport.

But unfortunately, only three years after Minute Man was opened to the public, Paul was involved in a fatal airplane accident. His death left his widow disinterested in continuing the airport’s operations, so Don took over the airport. He has managed both its daily and strategic operations since 1972.

These facets are great examples of Don’s goal for Minute Man Air Field of “boosting the economy, serving the community, and nurturing the environment.”

One of the airport’s most impactful businesses is the on-property restaurant. Nancy’s Air Field Cafe has been owned and run by Don’s wife Nancy since 1977. The farm-to-table eatery has been more than a place to fly in for a “$100” bowl of New England clam chowder or lamb burger and Belgian fries.

While the COVID-19 pandemic had an adverse impact upon the restaurant, it had a silver lining as well. By having closed the past two winters, Nancy has been able to begin flying more frequently, exercising her aviating skills.

Don is thankful for the extra help. In addition to her long-standing role as “Load Master,” Nancy is now FO (first officer) and shares the flying load in their 1965 Piper Cherokee Six. Through their travels, he’s learned that her “notoriety has spread far.” People they’ve recently met, even as far as Florida and Nantucket, have immediately recognized Nancy as the person whose restaurant bears her name.

And for those who have had the fortune of running into the couple, who can often be spotted together at the airfield, they quickly see how the two run their businesses.

“We’re fond of saying that we don’t really have a job. We like to say that we host a party every day,” Don said. “That’s our modus operandi, in the restaurant and on the ramp at the airport. We constantly are doing what you would do if you had a party at your house. You invite friends to come to a party, and they all don’t know each other.  So, what do you and your wife do? You introduce them to each other. Isn’t that your job as a host?”

“We’re fond of saying that we don’t really have a job. We like to say that we host a party every day.”

This act of introduction, whether formal or informal, in the restaurant or at the fuel pumps, is an important aspect of the success of Minute Man Air Field. Don feels that the airport has cultivated an environment that brings people together, pilots and non-pilots alike. The level of support and friendliness that Don, Nancy, and others have created has been integral in drawing in those without aviation experience to the airport. Some of these visitors have become pilots, after talking to local pilots.

Even as the McPhersons have reached retirement age, when others may begin slowing down, they are still actively involved in daily operations of the airport and restaurant. One benefit of all the years of hard work though is that they’ve attracted and hired like-minded people and can largely manage the businesses ‘remotely’ while on the road (or in the air).

But as he acknowledged their continued interest in running the airport, Don was also quick to note that its future is always top of mind. “Up until about five years ago or so, we hadn’t thought much about the future of Minute Man Air Field.”

Thankfully, because the airport accepted federal and state funds in years past, he is “…almost 100 percent sure” that it will survive as an airport after their custodianship. If someone buys the airport and wants to turn it into a subdivision or industrial park, for example, they will pay the price of the property as valued, plus an additional 90 percent of that value back to the government.

This surety has been the byproduct of the couple’s recent extensive efforts into thinking about the airport’s next custodians and its next 56 years of operations.

While not advertised as pertinent to ongoing airport operations, three years ago, Don—who is also a farmer—signed up for a farmland succession class.

“Farms are very much like airports,” Don said. “They both own a lot of acreage with high development potential and relatively low income.”

Guided by these and other challenging questions, the announcement for Minute Man Air Field’s tentative next chapter was announced in April 2019. “It is no secret that we have advertised that the airport is for sale,” Don said. “We have long-term trusted employees and it runs itself. Of course, there are some things that only I can do, but those are few and far between.

“I don’t see myself as someone who will retire, since I never really had a job; I’m only hosting a party every day and see myself doing this for the foreseeable future.”

The post Massachusetts Airfield Believes in the Power of Family and Community appeared first on FLYING Magazine.