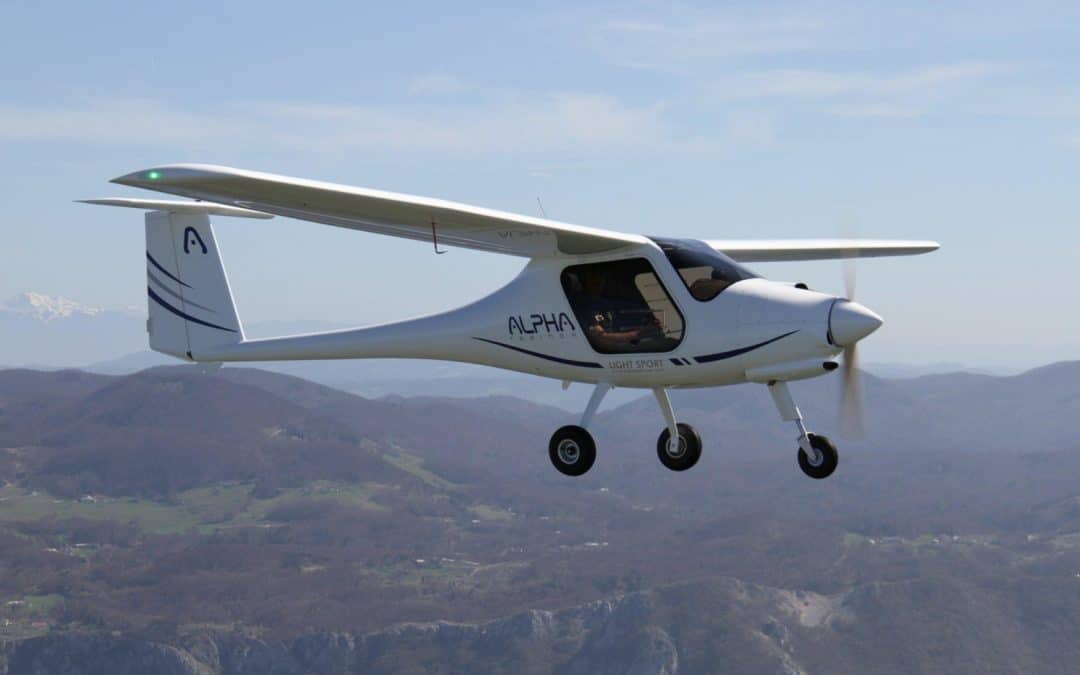 Mesa Airlines is taking a bold new step to ease the pilot shortage. The airline announced today that it would purchase 29 Pipistrel Alpha Trainer 2 aircraft to allow pilots in its Mesa Pilot Development Program (MDP) to accumulate flight time towards gaining the 1,500 total flight time they need for their ATP certificates.

Textron Aviation purchased the Pipistrel Aircraft company in April this year as a strategic move into the electric aircraft market as part of its aviation portfolio. [Courtesy: Pipistrel]

The investment, according to the airline, will alleviate the pilot shortage and give pilots a direct pathway to an airline career with no out of pocket costs.

“The pilot shortage could become a permanent feature of the airline industry if we don’t get more aviators into the system,” said Jonathan Ornstein, Chairman, and CEO of Mesa.

As observed this summer, a pilot shortage has blocked airlines from returning to full strength even as customers’ demand for commercial travel has been high from the pent-up demand due to the pandemic. Major airlines have had to park planes and cut routes because they can’t find enough pilots to operate the trips.

Others, like Mesa, have given pilots massive pay bumps. In June, American Airlines regional partners raised First Officer Pilot pay to an industry-leading amount at the time—$90/hour— to keep pilots in place.

However, the airline now wants to do more. The 29 aircraft are just the first part of the airlines’ bold bet—it will also have an option to buy 75 additional airplanes from Pipistrel to support the program.

“If there aren’t enough trained pilots, customers suffer from loss of service and high-ticket prices,” Ornstein explained as the impetus for this initiative.

How Does The Program Work?

Andy Chan, founder, and COO of Right Rudder Aviation, the sole general U.S. distributor for Pipistrel that configures the Alpha Trainer 2, spoke with FLYING to provide some context around the deal. Beginning next month, aircraft based in Inverness, Florida, will begin operating, expanding to Arizona in 2023. Qualified pilots can fly up to 40 hours of flight time each week.

The Alpha Trainer 2 is a two seat, high wing, modern carbon fiber aircraft designed to be the ultimate training and time building aircraft. The design is configured by Right Rudder Aviation and built by Pipistrel Aircraft. [Courtesy: Pipistrel]

Chan explained that for pilots to qualify, they must hold a commercial pilot certificate with both single and multi-engine add-ons completed. They will not need to have any form of instructor ratings.

Right Rudder Aviation designed a differentiated ‘Enhanced Safety’ Program that allows the cadets to build flight time through proprietary “mission profiles” that they’ll fly, Chan said. So, in addition to distributing the aircraft to Mesa, it will also operate them for the cadet program.

The mission profiles are time-building scenarios that Right Rudder Aviation has built that Chan explains is designed to expose cadets to a broader range of scenarios than they might get working as instructors.

Cadets will even have homework assignments. Using flight tracking software in the flight deck, Chan said it would also be possible to hold cadets accountable for completing mission profiles correctly since they won’t have instructors on board.

A Path to Success

Additionally, MPD pilots will begin building seniority, receive flight benefits and gain priority for employment at Mesa Airlines. Mesa is also a United Aviate Pilot pathway partner, which means cadets will have the opportunity to end up in that mainline carrier at some point.

There is also a pathway for zero-time pilots that Chan says his company is the designated training provider for that initial training for those who qualify.

To operate the program, Mesa said in its statement that the flight cost of $25 per hour per pilot would be fully financed by Mesa with zero interest so that cadets don’t have to come out of pocket. However, upon gaining experience and joining the airline as a first officer, cadets will have to repay that expense over a three-year contract.

“We believe there is no faster way for a new aviator to enter commercial aviation and ultimately be employed at a major airline,” Mesa’s Ornstein said.

As of June, Mesa operated a fleet of 168 aircraft with approximately 360 daily departures as either American Eagle, United Express, or DHL Express. At full strength, the fleet would have a capacity for up to 2,000 daily hours of flying time and is expected to accommodate more than 1,000 pilots per year.

The Pipistrel partnership for Mesa allows the airline to keep costs low because of the significant cost savings the aircraft has compared to competitors because of a lower fuel per hour burn, Chan said. He said that also means overall cleaner operations.

“We’re looking to enhance aviation safety through this program and the missions we’re providing the cadets with to complete,” Chan said. “We think it can alleviate air travel issues in the U.S.; It’s an environmentally friendly option; it’s a low-cost option, and it gives people a way to accelerate their career pathway.

Pipistrel was the first manufacturer to certify a fully electric aircraft. More than 2,700 Pipistrel aircraft are operating in the US and other countries worldwide. [Courtesy: Pipistrel]

Textron Aviation (NYSE: TXT) purchased the Pipistrel Aircraft company in April this year as a strategic move into the electric aircraft market as part of its aviation portfolio. Pipistrel was also the first manufacturer to certify a fully electric aircraft. With the Mesa deal, while this ultimately will give them a pathway to provide flight training and time building using electric aircraft, Chan said that cadets will now use fuel-powered aircraft with lower fuel burns than other trainers.

The Alpha Trainer 2 is a two-seat high-wing aircraft built with carbon fiber to target the training and time-building market. It is equipped with touch screen instruments in the fight deck, a digital autopilot, and a full airframe ballistic parachute for emergencies.

READ MORE: Did Textron Get a Good Deal When It Bought Pipistrel?

‘The Stakes Are High’

“Our program will be the most cost-effective and one of the fastest routes to a long-term career as a professional pilot,” said John Hornibrook, the senior vice president of Flight Operations for Mesa. “We want to make it as easy as possible for a whole new field of candidates to join Mesa, especially people who might not have traditionally considered aviation.”

“Mesa’s Pilot Development program is an example of the private sector working to solve the challenges created by new regulations,” Ornstein said. “No other country in the world has adopted the 1,500-hour rule. This creates a situation where many foreign licensed pilots can fly over this country and into some of the world’s busiest airports, even though they would not be considered experienced enough to fly a commercial aircraft by the FAA.”

“Without action now, the U.S. air travel system may be snarled for the next decade,” Ornstein added. “The stakes are high for both passengers and the U.S. economy.”