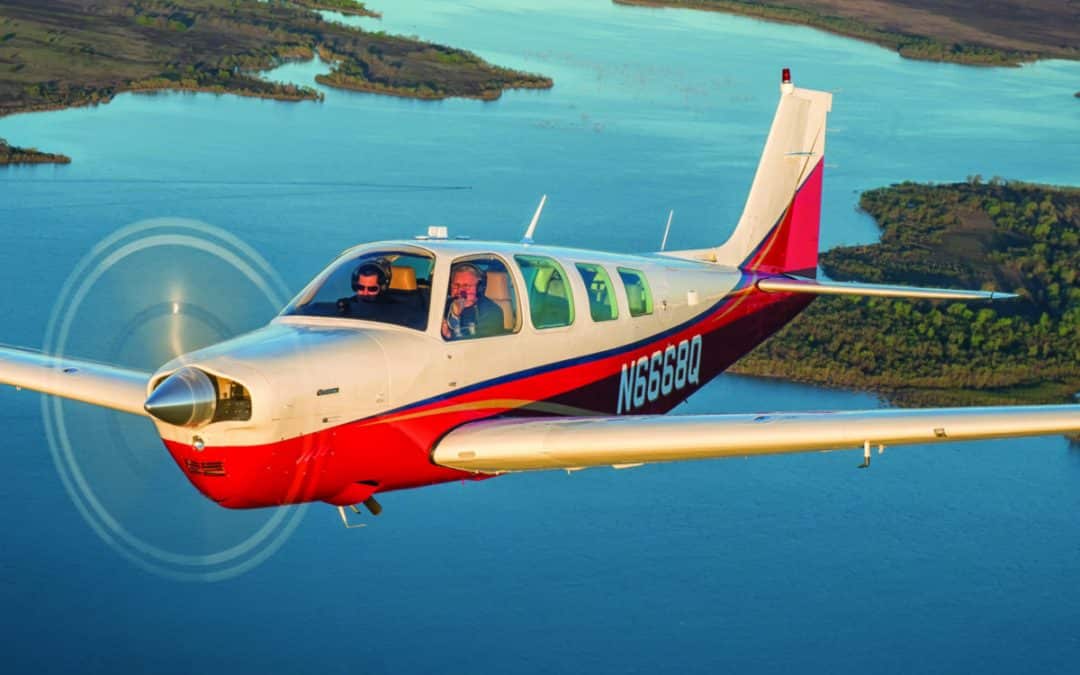 Even when you’ve had your private pilot certificate for some time, buying your first airplane can be tricky. Typically, potential buyers who’d like to go for faster single-engine equipment—even when they remain in the piston category—find that they have obstacles to overcome, to include qualifying for insurance.

That was the case a few years ago when a long-time pilot friend told me she wanted to upgrade to a Beechcraft Bonanza that had come up for sale. It was in the middle of the pandemic, which meant she probably wasn’t alone in her pursuit, as more people were finally deciding to tap into the general aviation market.

The problem, my friend explained, was that while she earned her private ticket years ago, she hadn’t pursued her instrument rating because flying was still just a hobby for her. Years went by while she worked in another industry, and she only periodically kept up with flying, usually going up with friends. However, now, with money in hand from her professional endeavors, she had the means to buy her own airplane.

There’s a reason the Bonanza has been in production since 1947, with more than 17,000 built. For most pilots, it gets the job done. Even older versions with enough retrofits—through engine upgrades, new glass displays,and electronic instruments—will feel almost new. With a Bonanza, you can get in and out of most fields with relatively modest runways and navigate moderately inclement weather with confidence. If you add on tip tanks or even internal auxiliary tanks, ferrying a Bo across the U.S. is doable and allows you to explore many places that an airliner can’t take you. Finally, with a six-seater variant, you can bring a lot of company along. However, all of that comes with a few caveats because of the higher exposure to risks, simply because you can do more.

Therein lies the challenge for many would-be buyers who find that leaping up in the airplane ranks isn’t as easy as they’d like it to be. Insurance companies tend to find pilots who lack an instrument rating or more advanced certifications too great a risk to provide reasonably priced coverage. Providers consider a series of factors that include the pilot’s background, recency and proficiency experience, and the category and class of the aircraft as part of the final policy premium.

Of all these factors, the most pressing is pilot experience and hull value. Simply put, in the eyes of your insurance agent, a bigger, faster, and more powerful airplane will naturally require a more experienced pilot, regardless of the would-be owner’s ability to pay for it. The more my friend realized this, she saw that being able to afford the Bonanza was the easy part.

The logic isn’t unreasonable, since if you want to fly a big, powerful cross-country airplane consistently, you’re going to need the option to file IFR—and it will offer the pilot the ability to get to most destinations more quickly. Popular higher-performance airplanes, like the Bonanza, Mooney M20, Cirrus SR22—and even the Piper Arrow—all allow pilots to climb to higher altitudes, which means there will be more opportunities to run into instrument meteorological conditions during any phase of the flight.

Aside from just the instrument rating, complex airplanes with retractable landing gear, variable pitch propellers, turbochargers, pressurization systems, and even a second engine all mean there are other levels of complexity to master. Those all need someone at the yoke who can handle emergencies if things go wrong. It gets even trickier if the airplane is older with less modern instruments or equipment.

So, as my friend discovered, her airplane-buying options were seriously limited, once she took insurance into the equation—and in her case, until she earned her instrument rating. She had to overcome that first, so she tapped me to help her prepare for her check ride. The first question we needed to answer was, was it practical for her to train in the airplane she wanted to buy, or should she try to complete the certificate in another model? Well, most pilots with an instrument rating will agree that the thinking—and the speed at which that thinking needs to happen to stay ahead of an approach—isn’t intuitive. Consequently, being in a fast aircraft with additional complexities makes it easier to be overwhelmed.

Ultimately, we determined it would be better for her to master the core skills, as much as practical, first on the ground with available simulators or even mobile applications, and then in a slower airplane, such as a Cessna172. After she had truly mastered the skills needed to execute all phases of instrument flight independently and consistently, it would be easier to move up.

Here’s the other thing. Even after my friend gained her instrument rating and could purchase her aircraft, another challenge awaited. She would discover that her insurance rate would be much higher because she didn’t have enough pilot-in-command experience in the make and model. To lower her rate, she’d probably have to fly with an equally or higher-rated pilot who could support her and be on her policy. And, it would help if that person was an instructor.

Most likely, if there is transition training available for the airplane, as some pilot groups of the airplane manufacturer offer, she’d need to complete that too, to get the insurance benefits at a cheaper price. For newer airplanes, some manufacturers, like Cirrus, have established training programs to get owners up to speed to lessen the insurance burden, and if you have the means, it is worthwhile to consider.

So, where did that leave my friend? It was clear that adding an instrument rating would only enhance her flying experience. She’d be able to enjoy more destinations with her friends and worry less about getting stranded or worse, scud-running to avoid marginal weather. Moreover, she discovered that overall, more training would ultimately lower her costs of purchasing and operating bigger, faster, and more powerful airplanes. Frankly, who wouldn’t want that?

The post Moving on Up appeared first on FLYING Magazine.